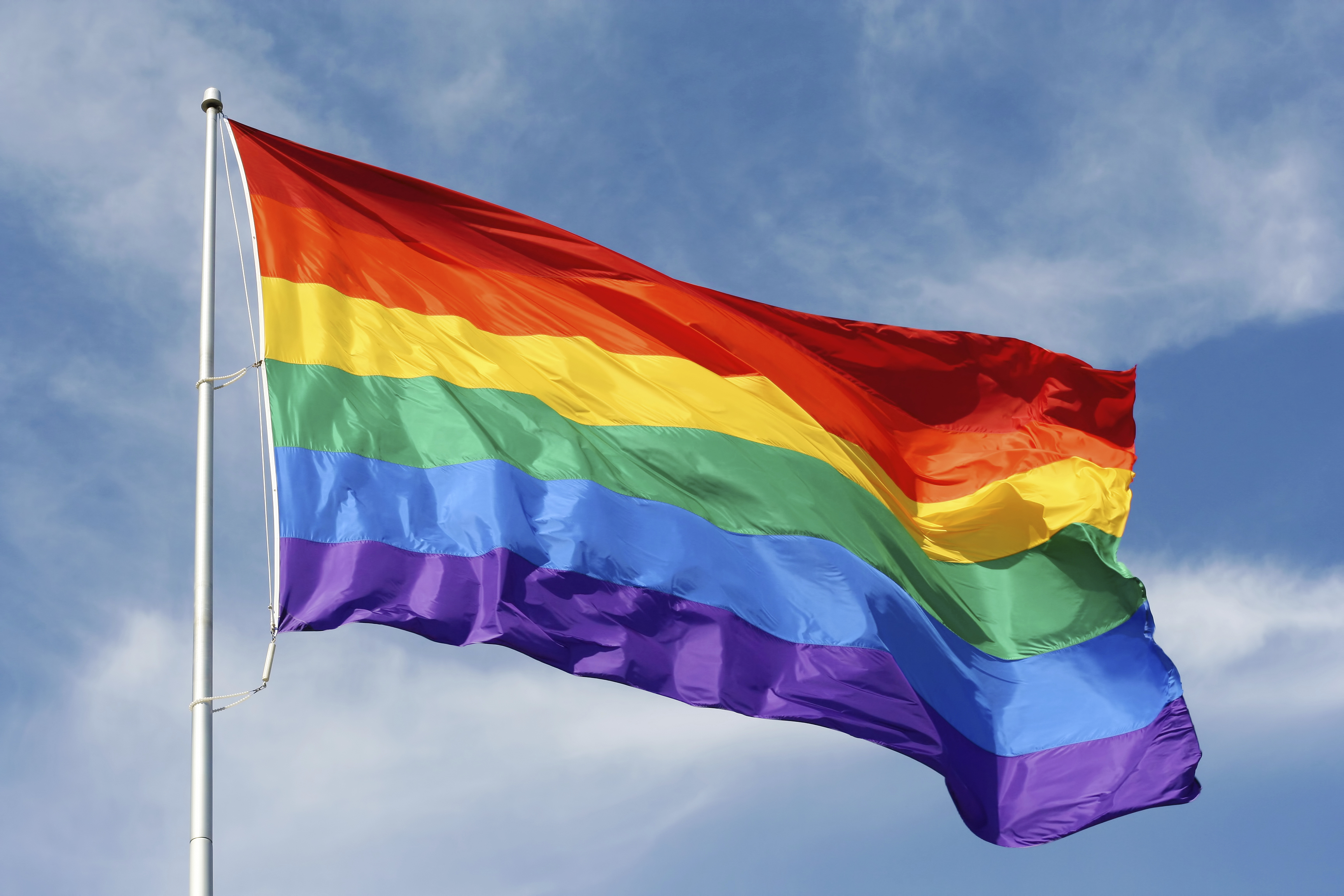 Law faculty and others react to marriage equality ruling

The U.S. Supreme Court’s 5-4 ruling in favor of legalizing same-sex marriage in all 50 states was met with celebratory reactions across the Chapman University campus on Friday. From constitutional law experts to student activists, Chapman scholars hailed the ruling as a historic moment, with hope that it will open doors to conversations about other LGBTQ issues. 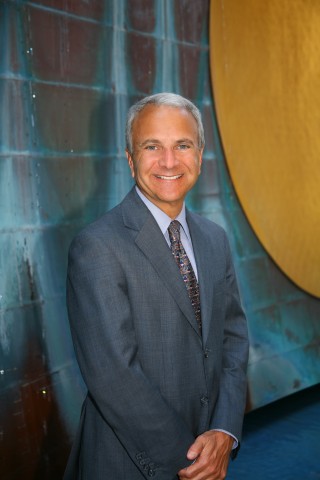 “I have strongly supported the cause of marriage rights for same-sex couples, have filed legal briefs in support of this cause, and have publicly debated those who would deny the dignity of the basic human right to marry the person you love. Today I’m proud to be an American!” said President Jim Doti.

“Today’s Supreme Court ruling reaffirms core American principles respecting freedom and promoting human dignity. Without interfering with religious freedom, the Court ruled that people espousing a particular religious viewpoint do not have the right to deny fundamental rights to those who do not share that belief. In so doing, the Court validated the humanity of millions of LGBT citizens and their families,” Cianciarulo said.

Cianciarulo added, “As we celebrate this victory for love and human dignity,  we remember with fondness and a deep sense of loss our late colleague Professor M. Katherine Baird Darmer of the Fowler School of Law.  Professor Darmer worked tirelessly for marriage equality. In the wake of Propositon 8, she co-founded the Orange County Equality Coalition, co-authored a legal brief supporting the state constitutional challenge to Proposition 8, and gave countless hours to advocating for marriage equality in a variety of other ways. At this momentous time in our nation’s history, we celebrate our dear friend and colleague and wish that she was with us today to witness this validation of fundamental human rights and dignity.”

Amidst the celebratory mood was a call to expand the national conversation to other LGBTQ issues, including gender bias and cissexism, or other biases against gender identification.

“This decision is a long-awaited and historic moment for the queer and trans community in the United States. However, this is only a small step in the greater liberation movement for queer and trans people in a heterosexist, cissexist, colonialist system. I hope that our community, in particular all the predominantly white cis, gay and lesbian organizations that focus solely on marriage equality, will stop silencing trans people, specifically trans women of color, and work to address urgent issues such as violence, homelessness and job insecurity facing queer and trans people of color and immigrants,” said
Addison Rose Vincent
’15 a transgender student and activist who was crowned Miss Congeniality at Delta Queen, a philanthropic pageant hosted by the fraternity Delta Tau Delta.

Among the other reactions to the decision were:

“Today’s ruling represents the culmination of a remarkable period of legal change. A claim that the Constitution secures a right to same-sex marriage would have been regarded as absurd when I was in law school. Now it is the law of the land, albeit by the narrowest of majorities. We can be confident that the role and the future of the Supreme Court will be an intensely debated issue between now and our next presidential election.”

“I think it is wonderful. I think it’s time, and for me this is just a matter of civil rights and justice. It just really moves forward our understanding of constitutional rights for everybody.”

The Rev. Gail Stearns, Ph.D., dean of the Wallace All Faiths Chapel

“The Supreme Court has confirmed what many Americans have believed for some time: Giving all Americans the right to celebrate their union in the eyes of the law is the moral and just thing to do as we evolve into a new nation. Celebrate today. Celebrate the nation as we expand our consciousness and our understanding of one another.”

Jonathan Pope Evans, assistant professor, Department of Theatre, author and director of The Buried, a film about a gay hate crime

“Personally I was very excited to see the Supreme Court news today. I just wish the announcement had come during the academic year. This is an issue that many, many of our students care about deeply – both gay and straight. It would have been a lot of fun to see their reaction and how the news was communicated and celebrated throughout our campus.”

“I am aware that today’s Supreme Court ruling on marriage equity challenges the beliefs of many, but today my heart is with those who love one another, yet have been forbidden by governments to yell it from the mountaintop, legally anyway. Today, love between two consenting adults may be expressed through marriage, legitimately, everywhere in this wonderful country.

“It hardly seems real that marriage equality is the law of the land in all 50 states. My wife, Maria Perez, and I were plaintiffs in an early DOMA case in Nebraska which is referenced in the opinion. The war is won. And the work to change minds and hearts continues. We have particular work to do for transgender equality and justice. How grateful I am for the support we have experienced at Chapman.”

“Equality and Love Win! I was ecstatic to wake up to the news of the Supreme Court ruling on same-sex marriage. It gave me chills of happiness to read the ruling. I am sorry that it took so long for us to support equality in this way, but am proud that we are finally moving in the right direction! This is truly a historic moment. I feel lucky to be alive at this time in the United States.”

“More than anything, I feel humbled, grateful and focused. I told my mom this morning that, in many ways, this is a bigger victory for her than it is for me. My mother, along with so many men and women before me, were the ones who embraced their gay friends and neighbors with open arms, who marched in the streets, who fought, hoped and prayed their way through the AIDS epidemic with what little resources they had, wondering if things were ever going to get better. They did, and because of their diligence, hard work and unyielding certainty in the value of all people, I grew up in a society far more open to its gay, lesbian, bisexual and transgender citizens than ever before, with a government that today has affirmed my equal value in the American endeavor. We’ve all earned this victory, but a debt of gratitude is owed to men and women like my mother, who were fighting the good fight back when it meant losing friends and, sometimes, family.”

Mark Pampanin ’15, who won a national award for a humorous speech about the “gay best friend” stereotype

“The Supreme Court’s ruling in favor of gay marriage is a victory for us all. It’s a vote for tolerance and inclusion, and it helps open our country’s doors even wider toward fairness and justice for minorities and women. For our Chapman students who are queer or questioning, this decision gives them validation and a voice — they are important, they matter, they can be heard and included and respected. Personally, this decision is revolutionary for me, my wife, my baby daughter. We have a family and a union that is valid in the eyes of our country’s highest law. I can’t think of anything more meaningful.”

“What incredible and monumental news on this beautiful day! I feel an overwhelming landslide of joy and happiness for the full inclusion and equal rights for all LGBTQ people nationwide. As we celebrate this historic time I also reflect on just how far we’ve come, how many barriers and setbacks that have made this road not an easy one, but a road filled with persistence, perseverance and the vast love of so many people who never gave up the hope and fight for equality.”