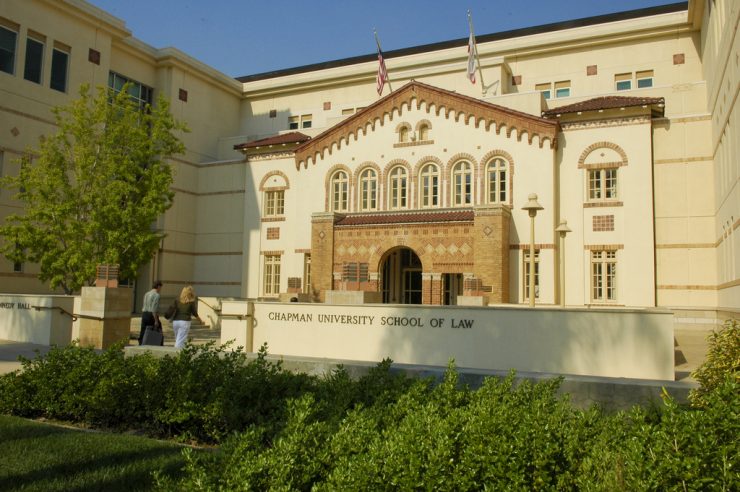 When Fowler School of Law student Katlin Ritchey (JD ’15) landed a plum internship with a corporate legal department last summer, she figured there might be times when she’d get out over her skis. Then the company assigned her to write a private placement memorandum for an upcoming offering of shares, and suddenly it felt as if she might actually crash into the mountain.

She rushed to do research that got her back on solid footing, but not without enduring considerable struggle. “At the start,” she says, “I really didn’t have a clue.”

Now it seems as if the whole thing happened so long ago. In fact, she can even laugh about her difficulty.

“If only I’d had this class before I had that internship,” Richey said of a just-finished spring course in securities regulations, which featured a lab component filled with real-world writing assignments. “It has definitely made me a much more effective researcher and writer.”

Ritchey’s leap forward in honing practical skills is at the heart of an industry-leading Fowler School initiative called the Practice-Ready Program. The effort is made possible by an endowment supported by the Fletcher Jones Foundation, the Dean’s Board of Advisors, leading law firms and individual lawyers. Fowler School officials see these hands-on legal labs as a key next step in providing “every preparation that students need and the profession demands,” said Tom Campbell, JD, Ph.D., dean of the Fowler School.

It used to be that when law graduates took positions as first-year associates, they could count on their new firms easing them into the fold. They might spend transitional time in each specialty area of the practice, getting tutored on how their textbook learning applies to actual cases.

Economic realities dictate that new hires be practice-ready from the start. The Fowler School’s six pro-bono clinics and its externships have long given students a leg up on this readiness, providing real-world experience working actual cases under supervision.

But there are only so many such cases to go around, and even then the experiences tend to be specific, not comprehensive. So to these types of experiential learning the Fowler School has added lab units that complement some of its meatiest, most fundamental courses, such as wills and trusts, land use and immigration law.

In the doctrinal classes, students learn about theory, case law and ethics. With the addition of labs, the students “gain a deeper understanding of the law, learn valuable skills and begin to develop their identities as professionals,” said David H. Gibbs, JD, who is helping to develop the Fowler School’s Practice-Ready Program.

Gibbs drove home his point with an analogy: “Very few people want to be operated on by someone who has learned the theory of surgery.”

The labs are taught by working lawyers and jurists who are industry leaders in their fields. Gibbs amassed 30 years of experience as a trial lawyer, mediator and corporate attorney. He  also ran a clinic at Suffolk Law School in Boston before coming to Chapman.

Likewise, Tom Crane, JD, was a managing partner at the highly respected firm of Rutan & Tucker, where he was an acknowledged expert in mergers and acquisitions law. Now he teaches the lab component attached to Professor  Susanna Ripken’s course on securities regulations.

The course’s subject matter “is formidable,” said Ripken, JD, who teamed with Crane to design the lab attachment. “It’s a complex maze of doctrine and policy developed by Congress and the courts and influenced by the securities industry,” she added. “The lab work helps students dive into this morass in a practical way. It shows what real securities lawyers do and how valuable the role of securities lawyer is.”

In the lab, students perform five discrete writing assignments over the semester, with the difficulty steadily ramping up, from a simple disclosure filing with the Securities and Exchange Commission to a draft prospectus.

The real-world lessons also go beyond writing assignments. During one class this spring, Crane explained how to walk a client from the elevator to a conference room.

“You can get to know your client even in that short time,” Crane said. “This is someone who will be supplying information you need, and it’s also someone who pays your bill. They need to have confidence in you, so they don’t see you as a drone or minion and so you can be effective.”

Confidence is a key takeaway from the labs.

“The goal is not that they be brilliant practitioners by Day One of their careers, but that they have the confidence that they can become accomplished practitioners,” he said. Crane wishes he’d had the benefit of experiential learning when he was a law student at Georgetown University. It might have helped insulate him from some hard knocks early in his career. Which brings him to his other objective for the students in his learning laboratory.

“No one is leaving this class making the same mistakes I made,” he said.