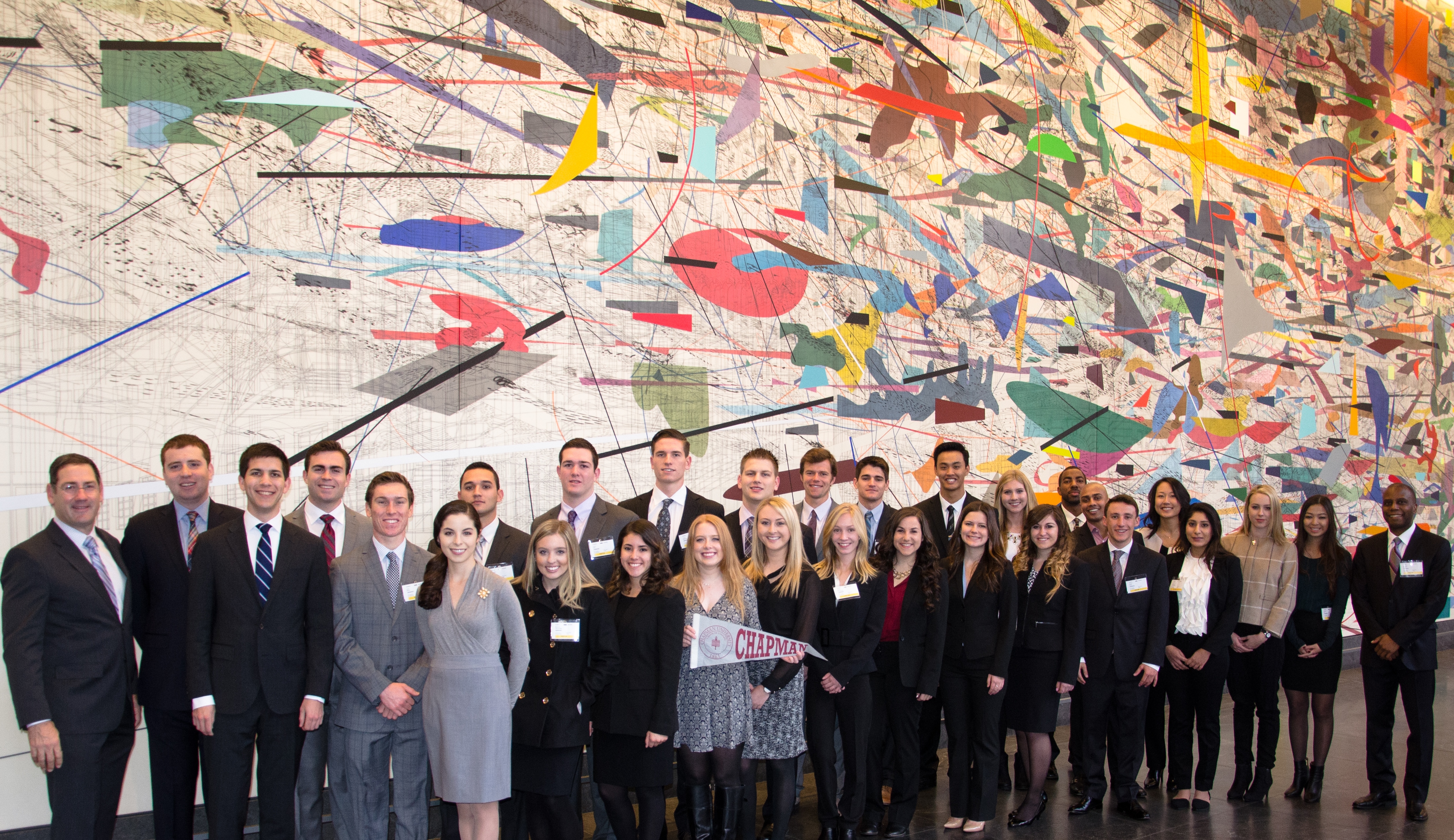 Don’t let the course title “Walk Down Wall Street” fool you. The students just back from New York describe an experience more akin to a six-day gallop.

Don’t let the course title Walk Down Wall Street fool you. The students just back from the travel portion of the interterm course offered by the
Argyros School of Business and Economics
describe an experience more akin to a six-day gallop. 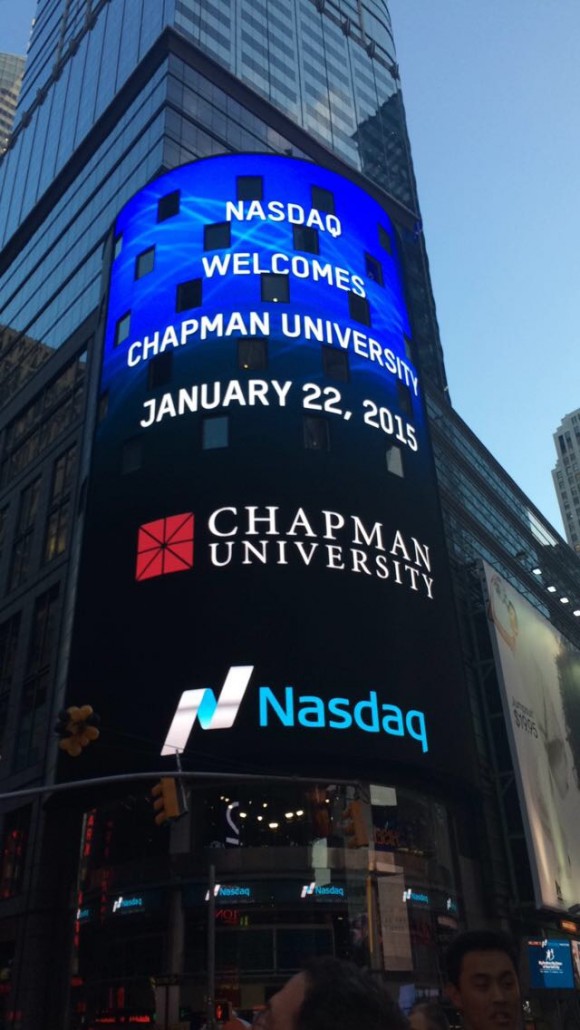 Among the highlights of last week’s pre-blizzard trip to New York City?


“While our academic classes have laid the groundwork for our future success, Walk Down Wall Street provided us with the opportunity to take the all-important first step. Hands-down the most valuable course I could have taken,” said Clinton Stiles-Schmidt ’15, a double major in business administration and economics.

Technically listed as Finance 400, the Walk Down Wall Street Class was begun and led for many years by Professor Jack Broughton, Ph.D., Like most classes taught in the four-week
interterm
at Chapman University, the goal was to use the month for special travel or projects. Now led by Terence C. Burnham, Ph.D., associate professor, the goal of Walk Down Wall Street remains the same – to connect students with the Wall Street hiring network.

“My hope is that they get jobs,” Burnham said.

Allie Weber ’15 is confident the class will be a big help.

“Not many schools give their students the opportunity to take a trip like this, and we learned that the few schools that do have classes like this are Ivy League universities,” Weber said. “I learned that my degree can be just as valuable on the East Coast; it all depends on who you know and how hard you are willing to work to achieve your goals.”