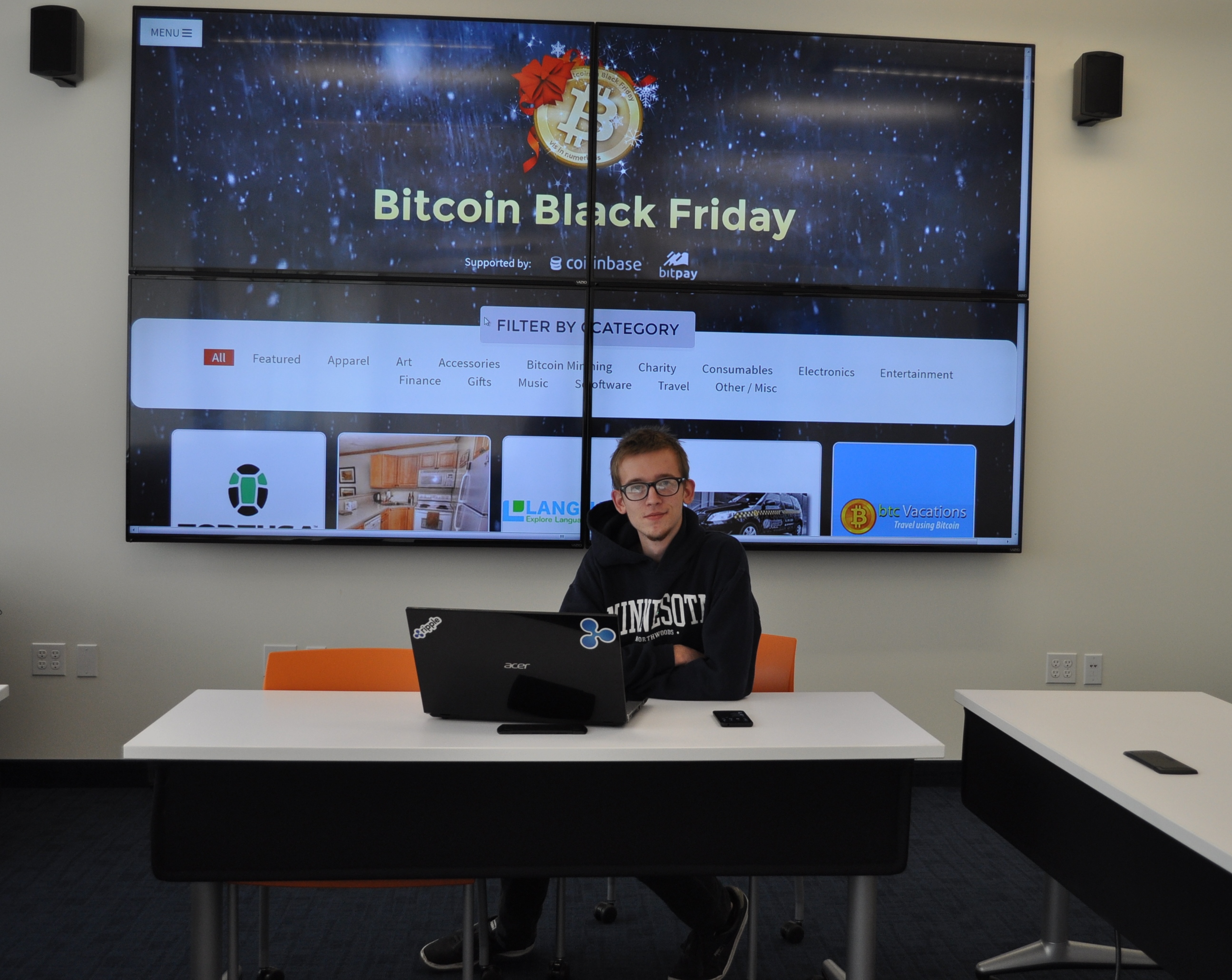 Just when you kind of thought you didn’t have to try to understand that pesky bitcoin business again, the online currency sneaks back onto the scene. Thank Black Friday shopping for that. Or rather, Bitcoin Black Friday.

Now in its third year, Bitcoin Black Friday is the creation of business major Jon Holmquist ’15. Basically, his Bitcoin Black Friday website serves as an aggregator of online merchants who accept the cyber currency and, like their brick and mortar cohorts, want to capitalize on America’s post-Thanksgiving shopping binge. Hankering for gourmet honey? Utah-based Bees Brothers will have some deals. Need a new computer? Electronics merchant Newegg will be “there.”

It started slowly, with just 60 participating merchants by the end of the day during that first year. But last year his site attracted 100,000 visitors. And this year Holmquist says there’ll be nothing itty bitty about bitcoin shopping. So far there are 300 merchants signed on, and he expects sales to boom.

“I was not able to do all of my holiday shopping with bitcoin last year. This year, I’m going to have absolutely no issue,” he says. “I don’t think there’s going to be any issue finding gifts or merchants.”

Which is great for those holding bitcoin wallets, the digital piggy banks where users keep their loot. But the existence of this online currency is good news for charities, too. Because bitcoin is also a payment system that operates without bank and processing fees or service charges, so 100 percent of charitable donations go to a charity. With that in mind, Bitcoin Black Friday’s website will have a one-click donation option for shoppers who want to send some coin to a charity.

And just in case you’ve been living in a cabin in the woods, bitcoin is an open-sourced currency created by computers using special software to solve mega math equations. Think of the equations as straw that gets spun into gold, or bitcoin. Most people now buy bitcoin with traditional currency on an exchange. And once in the bitcoin world, the digital currency is somewhat akin to gold, as it rises and falls in value.

At any rate, Holmquist promises that his Bitcoin Black Friday website will have something to satisfy all bitcoin shoppers’ needs. Happy shopping.