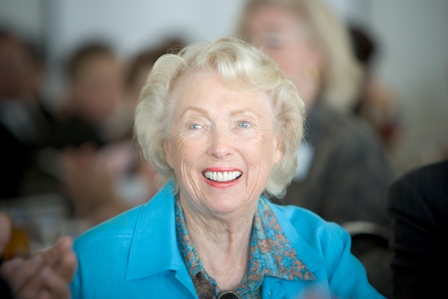 Trustee Marion Knott, one of Chapman University’s greatest supporters, passed away Thursday, Nov. 13. In the following letter to the campus community, President Jim Doti reflects on her legacy at Chapman and beyond. 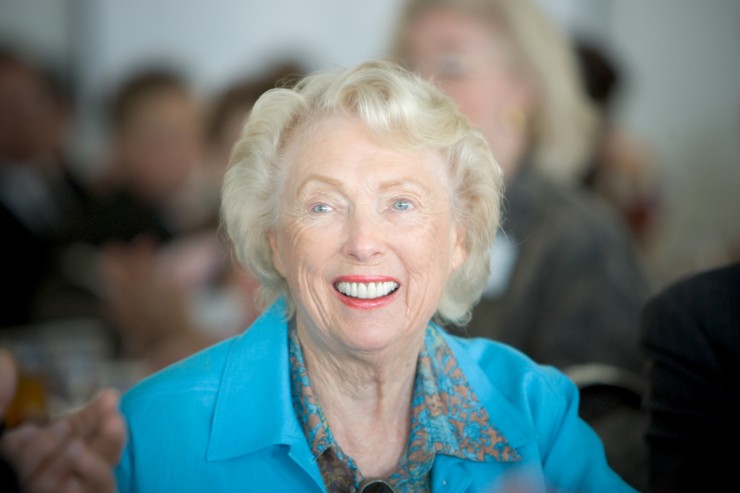 Trustee Marion Knott, one of Chapman University’s greatest supporters, passed away Thursday, Nov. 13. In the following letter to the campus community, President Jim Doti reflects on her legacy at Chapman and beyond.

Marion was a remarkable lady whose spirit, tenacity and courage moved mountains. She cared deeply about young people and believed in the power and importance of education as a means to building a better world.

Marion’s parents, Walter and Cordelia Knott, were among Orange County’s earliest pioneers. As children, Marion and her brother and sisters sold the berries their parents grew at a road side stand. Later, they served meals to diners who waited in line for hours to enjoy their mother’s fried chicken. These were the beginnings of Knott’s Berry Farm. Today, the incredible generosity of the Knott Family is recognized by prominent namings at health care and educational institutions. Most notable at Chapman are our Marion Knott Studios as well as Toni Oliphant Hall, which honors Marion’s sister.

But namings were never what Marion was about. She gave because that was the example her parents set for their children, even when they had very little to give. She was grateful for the opportunities in her life and her overriding goal was to provide opportunities for as many people as possible.

Marion served Chapman with loving care and compassion. Her generosity in nurturing a small film department into one that now commands global stature is the stuff of legends. She established, for example, the first Filmmaker-in-Residence program with a $1 million endowment. When cost overruns pushed the construction expense for our new studios to the point where we could no longer afford the equipment needed to outfit it, Marion came to the rescue by giving us $3 million, allowing us to move ahead.

Less widely known is that, as a member of our Board of Trustees since 1982, Marion gave quietly and without fanfare, making a very real and significant difference in our academic programs and in the lives of countless Chapman students.

Marion’s wise counsel and common sense meant more to me than I can adequately express. I was truly fortunate to have had her friendship and support. But far more important is that the students of our university – past, present and future – are fortunate to have Marion Knott as their friend and angel. Marion’s greatest concern was always for our students. I will never forget how often she would ask students about their studies and projects as well as their career plans.

A number of years ago, Marion sent me one of her father’s “business cards,” which he had signed on the back. It is one of my prized possessions. Imprinted on the front of the card is the following quotation: “Whatever we vividly imagine, ardently desire, sincerely believe and enthusiastically act upon must inevitably come to pass.”

In the accompanying letter, Marion explained that her father kept one of these cards on his desk, constantly in his view. She wrote, “He told me over and over that the reason most people were not successful was because they didn’t know what they wanted, they had no burning desire for anything.”

Marion learned her father’s lessons well. She had a vision for what Chapman could become if we all had a burning desire to make it a reality. She lit that desire in our hearts and minds.

What a great and enduring legacy she leaves us.
chapman university Dodge College of Film and Media Arts Marion Knott