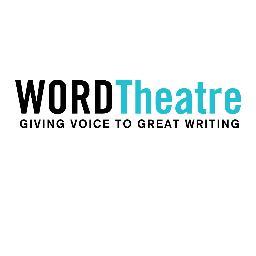 Novelist
Allan Gurganus
, author of the bestselling
Oldest Living Confederate Widow Tells All
, will open WordTheatre: Giving Voice to Great Writing series when it returns to Chapman University on Monday, Sept. 22 at 7 p.m. in the Fish Interfaith Center.

Gurganus will attend, participate in a Q&A and sign books following the reading. The performance is free and open to the public.

WordTheatre
brings well-known authors’ stories to life by having their works performed by professional actors from the television and the motion picture industry. The free series will once again be curated and directed by Cedering Fox, nationally recognized voice-over artist, known as the “voice of the Oscars.”

Chapman’s WordTheatre is presented by the
Department of English
and renowned novelist and short-story writer
Richard Bausch
, professor.

“WordTheatre is a passionate, compelling and always enlightening interpretation of contemporary fiction by some of today’s finest actors,” says Bausch. “The series is also performed in Los Angeles, New York City and London, so Chapman audiences receive a literary/theatrical treat on the very highest level. We’re delighted to bring these popular and engaging events back to Chapman for a second season.”

Fox selects the stories, casts esteemed film and television actors and directs the performances. Each event features one Chapman theatre student joining the cast of professional actors. Among the featured actors last year was
Lesley Nichol
(“Mrs. Patmore” on
Downton Abbey
) and Cassidy Freeman from
Longmire
reading works by Jill McCorkle. The cast of actors for this season’s WordTheatre will be revealed shortly.

Gurganus is best known for his novel “Oldest Living Confederate Widow Tells All,” which won the Sue Kaufman Prize from the American Academy of Arts and Letters and spent eight months on the
New York Times
bestseller list. The CBS adaptation of the work, starring Donald Sutherland and Diane Lane, won four Emmy Awards, including a Best Supporting Actress Emmy for Cicely Tyson as the freed slave Castalia.


Gurganus’s other works include his two novels
White People
(
Los Angeles Times
Book Prize, Pen-Faulkner Finalist) and
Plays Well With Others
, as well as two collections of novellas. Gurganus was recently awarded a Guggenheim Fellowship and is the recipient of an Ingram Merill Award.

All casting is subject to change. For updates visit
www.WordTheatre.com
.