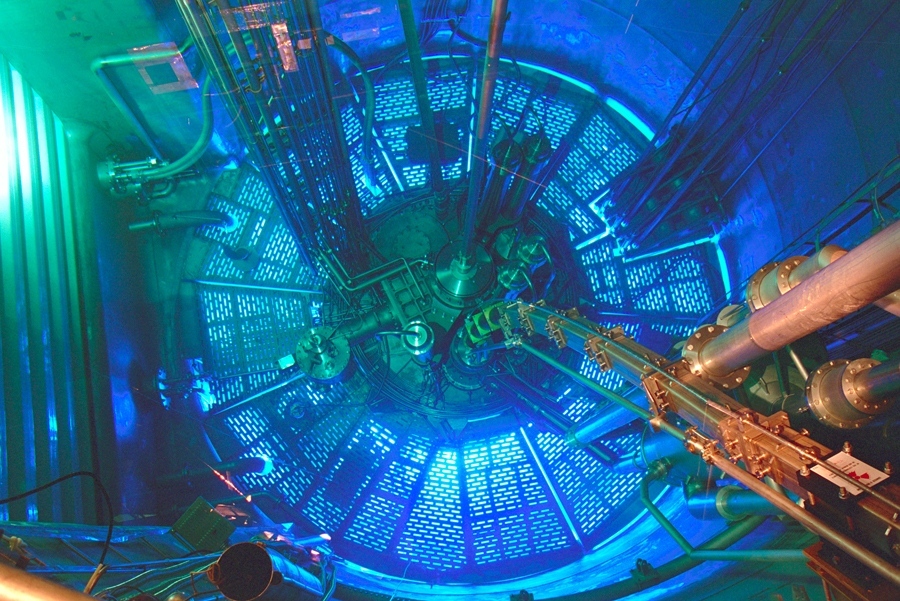 The Quantum Cheshire Cat: Can a particle be separated from its properties?

The Quantum Cheshire Cat: Can a particle be separated from its properties? The cover story for the July 24 issue of New Scientist magazine interviews Chapman researchers who first predicted such new kinds of quantum paradoxes. New Scientist discusses Chapman’s recent work with researchers from Vienna University of Technology who separated a neutron from its magnetic field. Following is a summary of that work.

“Well! I’ve often seen a cat without a grin,” thought Alice in Wonderland, “but a grin without a cat! It’s the most curious thing I ever saw in my life!”

Alice’s surprise stems from her experience that an object and its property cannot exist independently. It seems to be impossible to find a grin without a cat. However, the strange laws of quantum mechanics (the theory which governs the microscopic world of atoms; and the most successful theory in history) tell us that it is indeed possible to separate a particle from its properties—a phenomenon which is strikingly analogous to the Cheshire Cat story. The quantum Cheshire Cat is the latest example of how strange quantum mechanics becomes when viewed through the lens of one of Chapman University Professor Yakir Aharonov’s fundamental discoveries called the “weak measurement.”

The idea of the Quantum Cheshire Cat was first developed in the 1990s by Aharonov and Jeff Tollaksen, director of Chapman University’s Institute for Quantum Studies. It was first published in 2001 in Tollaksen’s Ph.D. dissertation. Aharonov’s team, including Sandu Popescu (University of Bristol and Chapman’s Institute for Quantum Studies) and Daniel Rorhlich (Ben Gurion University), continued to develop the Cheshire Cat theory in more recent publications.

Tollaksen worked with a group of experimental physicists led by Yuji Hasegawa at the Vienna University of Technology who were the first to verify the Cheshire Cat effect experimentally. They conducted an experiment involving neutrons which travel along a different path than one of their properties – their magnetic moment. Prof. Tollaksen stated “This experiment and the theory behind it will help us better understand the strangeness of the microscopic realm.”

At different places at once

According to the law of quantum physics, particles can be in different physical states at the same time. If, for example, a beam of neutrons is divided into two beams using a silicon crystal, it can be shown that the individual neutrons do not have to decide which of the two possible paths they choose. Instead, they can travel along both paths at the same time in a quantum superposition.

“This experimental technique is called neutron interferometry,” says Professor Yuji Hasegawa from the Vienna University of Technology. “It was invented here at our institute in the 1970s, and it has turned out to be the perfect tool to investigate fundamental quantum mechanics.”

To see if the same technique could separate the properties of a particle from the particle itself, Dr. Hasegawa brought together a team including Tobis Denkmayr, Hermann Geppert and Stephan Sponar, together with Alexandre Matzkin from Laboratoire de Physique Theorique et Modelisation (CNRS), Professor Jeff Tollaksen from Chapman University in California and Hartmut Lemmel from the Institut Laue-Langevin (ILL) to develop a brand new quantum experiment.

The experiment was done at the neutron source at the Institut Laue-Langevin (ILL) in Grenoble, where a unique kind of measuring station is operated by the Viennese team, supported by Hartmut Lemmel from ILL.

Neutrons are not electrically charged, but they carry a magnetic moment. They have a magnetic direction, the neutron spin, which can be influenced by external magnetic fields.

First, a neutron beam is split into two parts in a neutron interferometer. Then the spins of the two beams are shifted into different directions: the upper neutron beam has a spin parallel to the neutrons’ trajectory, the spin of the lower beam points in the opposite direction. After the two beams have been recombined, only those neutrons are chosen, which have a spin parallel to their direction of motion. All the others are just ignored.

These neutrons, which are found to have a spin parallel to its direction of motion, must clearly have traveled along the upper path – only there, the neutrons have this spin state. This can be shown in the experiment. If the lower beam is sent through a filter which absorbs some of the neutrons, then the number of the neutrons with spin parallel to their trajectory stays the same. If the upper beam is sent through a filter, then the number of these neutrons is reduced.

… and Where is the Grin?

Things get tricky, when the system is used to measure where the neutron spin is located: The spin can be slightly changed using a magnetic field. When the two beams are recombined appropriately, they can amplify or cancel each other. This is exactly what can be seen in the measurement if the magnetic field is applied at the lower beam – but that is the path which the neutrons considered in the experiment are actually never supposed to take. A magnetic field applied to the upper beam, on the other hand, does not have any effect.

“By preparing the neurons in a special initial state and then postselecting another state, we can achieve a situation in which both the possible paths in the interferometer are important for the experiment, but in very different ways,” says Tobias Denkmayr. “Along one of the paths, the particles themselves couple to our measurement device, but only the other path is sensitive to magnetic spin coupling. The system behaves as if the particles were spatially separated from their properties.”

Tollaksen has said: “Theoretical physics has yielded the most significant benefits for our society at the lowest costs. Discoveries in fundamental physics often lead to new industries: from electricity to smartphones to satellites. Quantum physics resulted in technological advances that drive our economy, such as the entire computer revolution, electronics, and the nuclear power industry. In addition, it impacts many other disciplines such as genetics, medicine and mathematics. Experts therefore estimate that nearly half the wealth created in the 20th century arose from quantum physics. At the Institute, we’re committed to producing the next generation of breakthroughs which will lead to the technology of the 21st century. Similarly, I’m sure this breakthrough will lead to many new applications including revised intuitions which can then serve as a guide to finding novel quantum effects.”

This “Quantum Cheshire Cat” could be used for practical applications. For example, it could be used to make high precision measurements less sensitive to external perturbations. The measurements which now have been published are the first experimental proof of this phenomenon. Please see http://arxiv.org/abs/1312.3775.