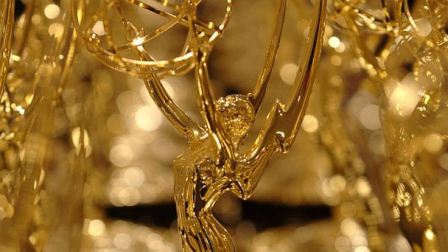 An alumnus and a faculty member from the Department of English have each been nominated for a Daytime Emmy Award by the National Academy of Television Arts & Sciences.

An alumnus from Chapman University’s Dodge College of Film and Media Arts and a faculty member from the Department of English have each been nominated for a Daytime Emmy Award by the National Academy of Television Arts & Sciences.

Emmy winner Casey Kasprzyk ’01 was nominated for Best Producer for his work on the daytime drama
The Bold and the Beautiful
. Kasprzyk started out at CBS with an internship opportunity through Chapman, and has been part of B&B’s three-time Emmy Award-winning production staff ever since. In recent episodes Kazprzyk has even included brief speaking parts for President Jim Doti, who played an economic forecaster called “Mr. Chapman.”

Journalism and creative writing adjunct faculty member Doug Cooney was nominated for Outstanding Writing in an Animated Program, along with the Season One writing team of Disney’s
Sofia the First
. In addition to teaching at Chapman, Cooney is a screenwriter, playwright, novelist and lyricist. In 2010 he was awarded the prestigious Charlotte Chorpenning Cup by the American Alliance for Theater and Education for his distinguished body of work for young audiences.