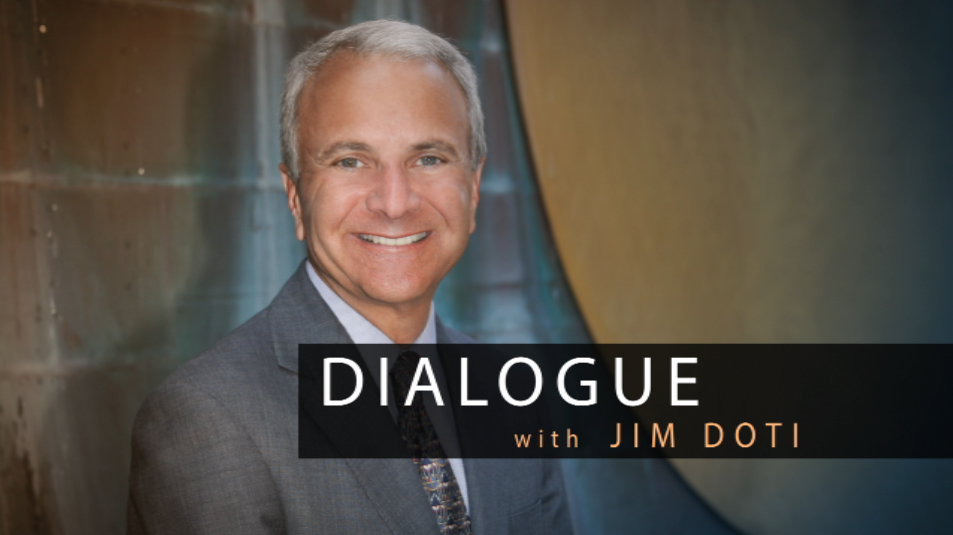 Award-winning ‘Dialogue with Doti’ moves to KCET this summer

Be sure to add Dialogue with Doti on KCET to your DVR list this summer and enjoy President Jim Doti’s conversations with leading artists, writers, intellectuals, scientists and business people.

Be sure to add Dialogue with Doti to your DVR list this summer as it debuts on KCET and enjoy President Jim Doti’s conversations with leading artists, writers, scientists and business people, from Nobel Peace laureate Elie Wiesel to the unforgettable actress Leslie Caron.

The first episode this season airs Friday, June 6, at 8:30 p.m., and features four-time Tony Award-winning playwright Terrence McNally. McNally’s first play, The Lady of the Camellias, premiered on Broadway when McNally was only 25. He shares stories from his career and discusses his new play Mothers and Sons, which was just nominated for a Tony. McNally was on campus this past spring to participate in a two-day symposium examining and celebrating his work.

Dialogue with Doti is one of several programs produced on campus by Panther Productions. Learn more about Dialogue with Doti at the KCET website. Selected archived episodes can also be viewed on the Chapman University YouTube channel.