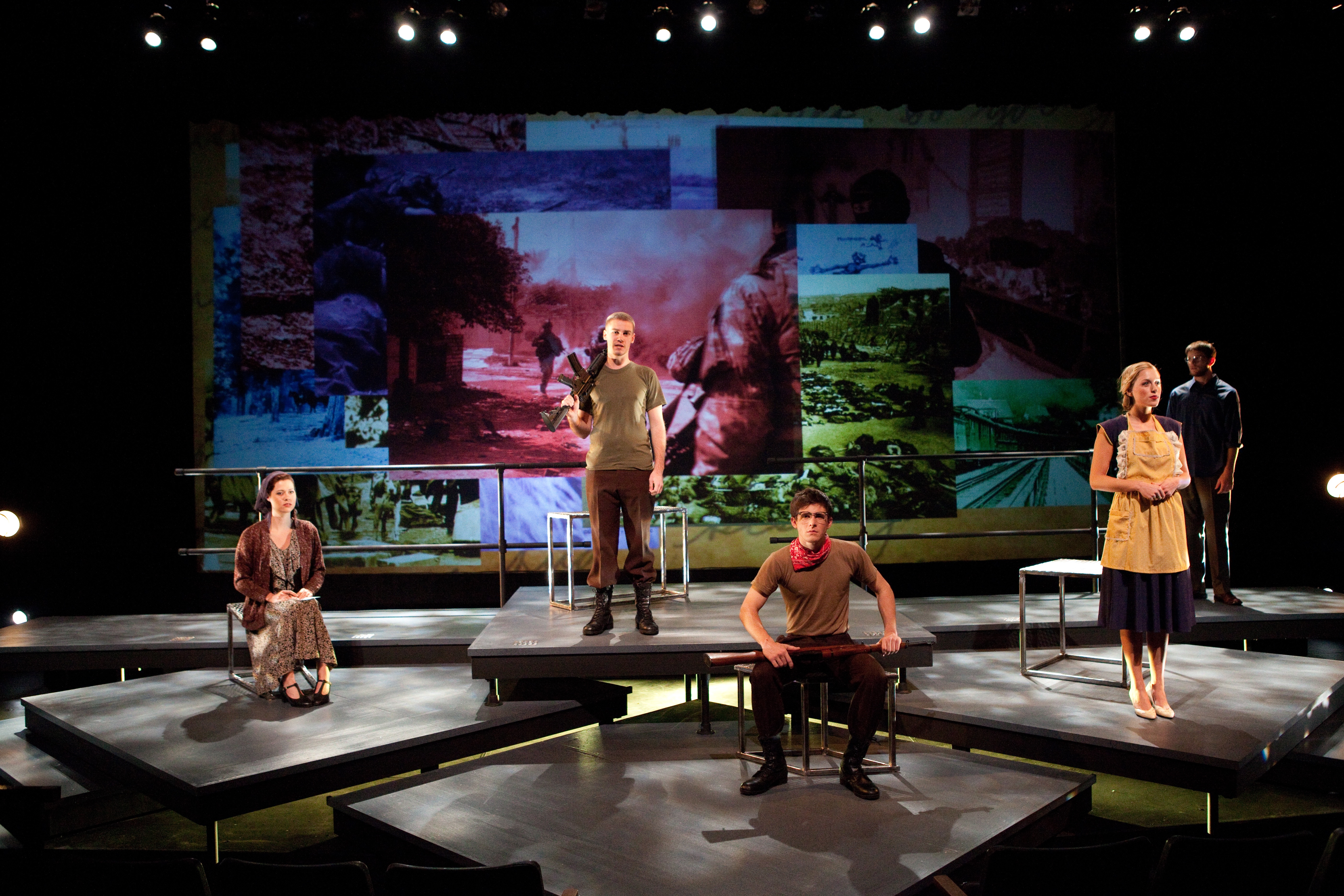 Laura Dern, Gary Cole among cast for ‘If All the Sky Were Paper’

An all-star celebrity cast – including Oscar nominee Laura Dern, Gary Cole, Antwone Fisher and Ken Howard, as well as “Dear Abby” columnist Abigail Van Buren (Jeanne Phillips) – will bring to life the battlefront letters of American military men and women and their family members in the play If All the Sky Were Paper, to be performed for one night only – Monday, June 9 at 7:30 p.m. – in the Kirk Douglas Theatre.

An all-star celebrity cast – including Oscar nominee Laura Dern, Gary Cole, Antwone Fisher and Ken Howard, as well as “Dear Abby” columnist Abigail Van Buren (Jeanne Phillips) – will bring to life the battlefront letters of American military men and women and their family members in the play
If All the Sky Were Paper,
to be performed for one night only –
Monday, June 9 at 7:30 p.m. – in the Kirk Douglas Theatre in Culver City, Calif.
The play, written by
Andrew Carroll
and based on his bestselling books of military letters “War Letters” and “Behind the Lines,” is directed by
John Benitz
and presented by
Chapman University
, in association with Lexicat Artists.

Tickets are on sale now at $25 general admission
, at
www.brownpapertickets.com
or by calling 1-800-838-3006.  A reception with the actors, writer and director will follow the performance. The Kirk Douglas Theatre is located in downtown Culver City at 9820 Washington Blvd.  Free covered parking is available at Culver City Hall, behind the theater on Culver Blvd. A portion of the ticket proceeds will support the U.S. Veterans Artists’ Alliance, The Soldiers Project and the Wounded Warrior Project.

“We are thrilled and delighted to have the participation of this wonderful cast, whose artistry will truly illuminate the humanity, passion, humor and heartbreak of these letters,” said director Benitz. “In addition, we have military veterans, who will join the actors onstage to read some of the letters – they and our other gifted cast members will bring new dimensions to these wartime letters of U.S. soldiers, sailors, Marines and airmen and their loved ones on the homefront, from the American Revolution through the Civil War and World Wars I and II to today’s conflicts in Iraq and Afghanistan.”

If All the Sky Were Paper
was written by Carroll based upon his
New York Times
bestselling books
War Letters
and
Behind the Lines
.   In 1998, Carroll launched the Legacy Project – a national, all-volunteer initiative that works to find and preserve wartime correspondence from all of America’s wars.  He has traveled to 40 countries, including Iraq and Afghanistan, to seek out what he calls “the world’s greatest undiscovered literature,” and has collected more than 85,000 previously unpublished letters (and now emails) from every conflict in U.S. history.  His regular appeals in “Dear Abby’s” column have resulted in the donations of thousands of letters from Americans all over the world.

This extensive collection of war correspondence is now housed for posterity and scholarly study at
Chapman University
in Orange, Calif. at the new
Center for American War Letters
, with Carroll serving as founding director of the center.
If All the Sky Were Paper
director John Benitz is an associate professor of theatre at Chapman, and Carroll is a Chancellor Fellow at the university.

If All the Sky Were Paper
,
first performed by a student cast at Chapman University in 2010
, features the best of the letters published in
War Letters
and
Behind the Lines,
ranging from the War of Independence to the conflicts of the present day. Actors take on the roles of the military men and women and their loved ones at home, acting out the full spectrum of emotions and experiences contained in the letters.  From the incredible drama of the human experience in battle to the pathos and humor of everyday life on the front and the home front, audiences will be moved and inspired by the correspondence of those caught up in the American Revolution, Civil War, World Wars I and II, Vietnam, Desert Storm, Iraq and Afghanistan.

Press coverage of this play and the letters has included features on
Oprah, NBC Nightly News
, ABC’s
Good Morning America, CBS Sunday Morning
, CNN,
Fox News
,
This American Life
,
Seattle Times
,
Los Angeles Times
,
Washington Post
,
Stars and Stripes
and NPR, as well as many other national publications. Carroll’s books include the bestsellers
Letters of a Nation, War Letters, Behind the Lines
and
Operation Homecoming
, which inspired the Oscar-nominated and Emmy-winning PBS documentary of the same name.

The play has recently awarded a prestigious grant from
The National Endowment for the Arts
and a grant from
Cal Humanities
to help reach audiences around the country through a series of readings and performances.