Chapman film student Nathan Flanagan-Frankl ’14 earns a week on Hollywood’s biggest stage and gets to share his dream of bringing more diversity to the screen.

This story was adapted for the spring 2014 issue of
Chapman Magazine.
The original post appeared
on the Dodge College of Film and Media Arts blog.

A Chapman film student earns a week on Hollywood’s biggest stage and gets to share his dream of bringing more diversity to the screen.

It was the first day of the spring semester at Chapman University, and I was missing class. Instead of taking my seat in my leadership capstone course with Professor Mark Maier, I was on a Skype call that changed my life.

Academy Award producers Craig Zadan and Neil Meron interviewed me from their Beverly Hills office. Along with asking me about my dreams of Oscars, they told me I would live out my dream in a month’s time. I was one of six film students selected from across the U.S. to spend Oscar week as an insider. And then, on the big night, I would help hand out the awards on the Dolby Theatre stage, in front of thousands of industry heavyweights as well as maybe a billion TV viewers all over the world.

It all started last November, when I came across a video on the Ellen show, in which Channing Tatum announced a contest called “Team Oscar.” Any U.S. college student could submit a short video answering the question “What do you want to contribute to the future of film?”

I had been working on my senior thesis documentary film since the beginning of the school year, so I already had an answer to the prompt. My senior thesis is an essayistic documentary looking at Asians in the American entertainment industry — both their misrepresentation in media and their struggle to succeed. This is a very personal film for me because it stems from what I’ve struggled with the majority of my life.

Growing up as an adopted child from Korea, with Irish-Italian and Austrian-Hungarian-Argentinian parents, I always stood out in a crowd. In my video, I reveal that it was hard to find people in media with whom I could relate — people who also looked like me. As I grow as a filmmaker, I want to create film and television “heroes” that represent a variety of backgrounds, so all children can see someone like them on screen.

Thanks to the help of my sister and my friends at Chapman, I was able to film the contest video quickly during finals week last fall and spent the snowy winter break at home in Chicago editing it. I posted it casually on social media in January, and it quickly spiked in views.

After Channing Tatum announced the winners on Ellen, the whirlwind was in full motion.

My week as a member of Team Oscar became a blur of studio tours, meet-and-greets at pre-Oscar events and rehearsals for the big night. There were many highlights: meeting presenters like Jennifer Lawrence and Angelina Jolie, touring the Disney and Universal studios, asking questions of director Gary Shore
(Dracula Untold
), going to the Governor’s Ball. It was great fun, but it was also a tremendous learning experience.

I got to see people do a lot of different jobs, and I can now see the end of the rainbow through their experiences. Yes, success is partly about luck, but it’s mostly about sacrifice and intelligent decisions. I came away thinking “I can do this,” and that I don’t have to be perfect the second I graduate.

As the glow of my Oscar experience gives way to the joys and realities of student life, I want to express my appreciation to everyone at Chapman who has supported me and my message. I’m not used to all the overwhelming kindness, and I really hope that I can pay it forward. Even though I got to live my dream at this year’s Academy Awards, I hope that the recognition of my video will spark a larger conversation and a movement to bring more diversity to the screen. 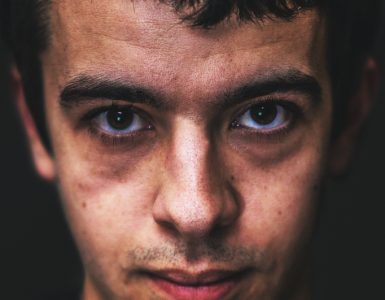