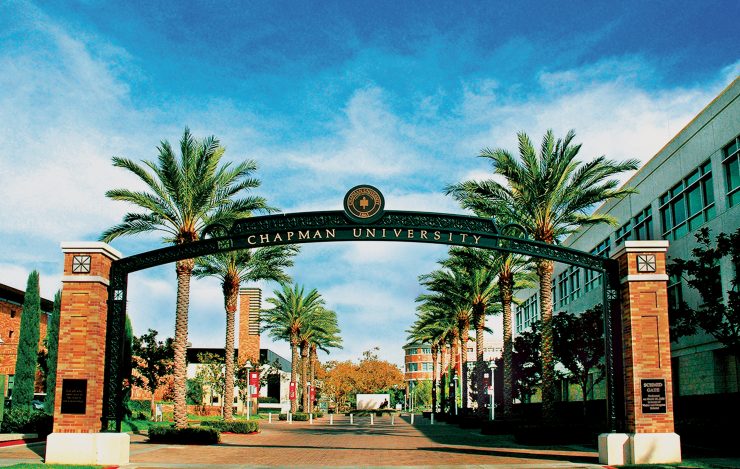 Mary (Blair) Immel, B.A. education ’52, is the editor of In Haste, Grace: Letters of a Victorian Schoolgirl, her eighth book.

Don McIntosh, B.A. education ’58 and M.A. education ’64, lives in Laguna Woods, Calif., with his wife of 58 years, Maxine (Todd) McIntosh, B.A. liberal studies and education ’57. Don served in the U.S. Army for six years and now enjoys his time serving as an officer with the American Legion and sending letters and care packages to troops overseas. Don recently participated in the California Senior Olympics and enjoys competitive swimming.

Dennis Kelly, B.M. music ’67, performed in the national touring production of Anything Goes as Elisha Whitney, the tipsy, nearsighted Wall Street banker. He has also had leading roles on Broadway in Into the Woods, Annie Get Your Gun and Damn Yankees.

Mark D. Hamilton, B.M. music education ’77, was elected to serve a three-year term for the National Education Association Resolutions Committee, representing California. Mark has been a public educator for 26 years.

Kim (Knighten) Russell, B.A. theatre and mass communications ’79, Ryan Corry, B.A. political science and English ’08, and Melanie Jupp, B.S. psychology and B.A. music ’11, all have applied the creative talents they honed at Chapman to their work at the Smith Center for the Performing Arts in Las Vegas.

Mike Groff, MBA ’85, was appointed president and CEO of Toyota Financial Services after working for Toyota since 1983.

Patrick D. Flahive, B.M. vocal performance ’93, is president of the American branch of the International Federation of Pueri Cantores. The organization brings 40,000 children from different nations together to sing.

Matthew McCray, BFA theatre production ’98, was nominated for an L.A. Stage Alliance Ovation award in the category of Direction of Play for Our Class. The production was also nominated for Best Production of the Year (Intimate Venue).

Douglas Weston Frey, B.A. legal studies ’02, is a rapper who goes by the stage name of Ditch. He has opened for major national acts such as Yelawolf, Kurupt, Shwayze, Bubba Sparxxx and more.

Angela Guajardo, B.A. public relations and advertising ’08, and Andy Armstrong, B.S. international business ’08, were married Aug. 24, 2013. Andy and Angela live in San Jose, where Andy works as a commercial real estate broker and Angela is the director of marketing at a technology firm.

Derek Helwig, BFA film production ’05, authored a chapter in The Places We’ve Been: Field Reports from Travelers Under 35, which was ranked No. 1 on Amazon for Hot New Releases in Travel Writing. Derek wrote about his experience hitchhiking in Rwanda while doing his graduate research with his wife, Deanna Pittman, B.A. public relations/advertising ’05. Derek is a TV producer who has produced in more than 30 countries, most notably for the Emmy Award-winning series The Amazing Race.

Becky Kirsch, B.A. screenwriting ’05, served as executive story editor for the first season of NBC/Sky TV’s Dracula. She is also a co-producer on ABC’s Mind Games, which will air in early 2014

Meghan Manduke, BFA film and television production ’06, married Adam Romano on May 18, 2013. The couple live in New York City, where Meghan is a story producer for the comedy series, Impractical Jokers.

Saydee Pojas, B.S. business administration ’06, received an M.A. in organizational change from Hawaii Pacific University in December. She is also a member of the Delta Iota Chapter of the Delta Mu Delta National Honor Society.

Thomas Pokladowski, J.D. ’06, was appointed to the National Association of Legal Assistants Certifying Board for Paralegals.

Jen Poyer, BFA theatre performance ’02, received the International Special Events Society’s (ISES) Spirit of Excellence Mettle Attitude Award in August. Jen is a past president of the Los Angeles chapter of ISES and is currently serving a second term as chair of the International Certification Committee.

Kathleen Remington, B.A. public relations/advertising ’05, was recognized by Fade In, an entertainment industry publication, as one of the Top 100 People in Hollywood.

Christopher Saunders, B.S. psychology ’05, is a re-entry programs supervisor at the Ada County Jail in Boise, Idaho. His department provides programming and re-entry assistance for offenders.

Roger Craig Smith, B.A. screenwriting ’04, is the lead voice acting role (as the voice of Batman) in the videogame Batman: Arkham Origins.

Jennifer Weinstein, M.S. human resources ’01, was selected by the editors of Employee Benefit News as the 2013 Benefits Professional of the Year. She is the benefits, compensation and human resources information systems director with Ensign Services in Mission Viejo, Calif.

Sarah Willett, B.A. communication studies and history ’07, married Chasen Marshall, B.A. English ’06, on June 29, 2013, at The Villa in San Juan Capistrano, Calif. The couple met while studying abroad in Florence in 2005. Sarah and Chasen reside in Dana Point, Calif., where Sarah is a social science teacher at Dana Hills High School and Chasen is an action sports journalist for Oakley Inc. and a freelance writer.

Sasha Anderson, B.A. political science, sociology and French ’10, was elected to the youth seat on the Seattle Landmarks Preservation Board.

Justin Bird, MBA ’11, is a cast member on the current season of Bravo’s Millionaire Matchmaker.

Brian Ducoffe, B.A. screenwriting ’13, was hired to write for Fox Sports. He covered all of the San Diego Chargers’ preseason, with his articles being co-published by the Scout.com network.

Brian Drummy, BFA theatre performance ’10, was cast in the New York-based production of My Fair Lady, scheduled to tour Southeast Asia in spring 2014.  The show opens a four-week run in Singapore on Feb. 11.

Turner Jacobs, B.A. history and BFA television and broadcast journalism ’12, is studying at the University of Oslo in Norway and working toward a master’s degree in peace and conflict studies. He was elected president of his program for the 2013-2014 academic year.

Gina Jue, B.S. business administration ’13, got engaged to Richard Torvik and was hired as a management trainee for Broadview Mortgage.

Liz Lewis, B.A. liberal studies ’11 and M.A. teaching ’13, is engaged to Mark Symington. The couple plan to wed in August.

Spencer Rowe, B.A. communication studies ’11, is a sales representative at URT Clothing and also has worked as an underwater photographer, specializing in capturing the curl and break of waves early in the morning.

Tyler Russell, B.A. multimedia journalism ’11, started the generational alternative rock station KX-FM 93.5, which is the only local radio station in Laguna Beach. Russell has been featured in Locale Magazine, Coastline Pilot, LagunaBeach.com and the Orange County Register, among other publications and sites.

Craig Shields, B.A. percussion performance/music education ’12,  went through training in New York City for the Blue Man Group. Read about his experience online at his “Blue Blog” at bluetrainee.blogspot.com.