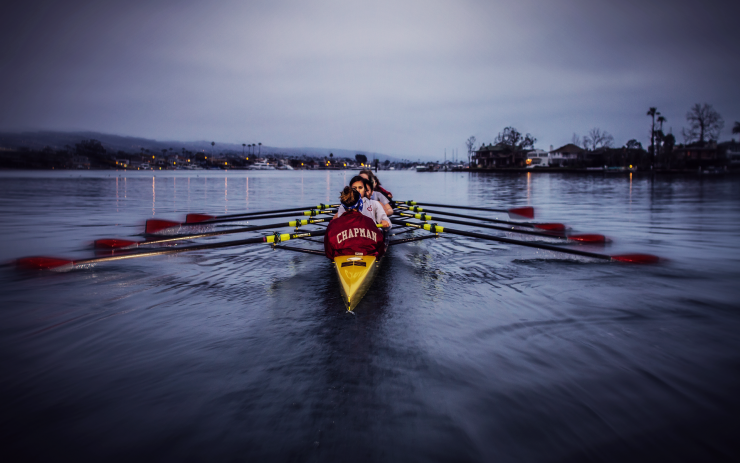 Sarah Van Zanten ’11, who competed in crew during her four years at Chapman, now coaches the Panther men’s rowing team. View more photos in this web-only exclusive from the winter 2014 “Chapman Magazine.”

Pacific Coast Highway is only a few boat-lengths away, and soon the bustle of street and harbor traffic will bring Newport Beach to life. But at 5 a.m., the waters just off Chapman University’s Robert & Marie Gray Collegiate Rowing Center are “the most peaceful place possible,” says Sarah Van Zanten ’11, who competed in crew during her four years at Chapman and now coaches the Panther men’s rowing team. “Sometimes you’ll hear a fish jump, or a dolphin will surface just off the boat,” she relates. “But often the only sounds you hear are the oars flipping against the water. And when we first start a training session, and everyone in the boat starts moving in unison, it’s just the coolest thing in the world.” Foggy mornings stand out, Van Zanten adds. “The coxswain will start humming the music from Pirates of the Caribbean.” The only thing better is race day, at the moment when the shell hits the 500-meter mark and the team makes its final push to the finish as the cheering from the boat house balcony gets louder and louder. “There’s really no other sport like it,” Van Zanten says. Photo by Scott Stedman ’14.

>>MORE: Click on any of the thumbnails to view a larger image.

Miguel Magallon has a strong academic interest in law, and as a formerly incarcerated teenager, he also has a deeply personal connection to the topic. When Magallon was first arrested, he did not have the knowledge or... 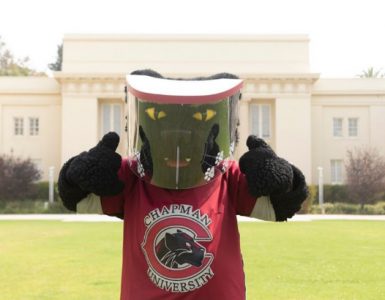 Where in the World is Pete the Panther?

After eight months of being stuck at home, life for many has become a little humdrum. Now, students, alumni and other members of the Chapman Family can welcome a familiar face into their homes to liven things up —... 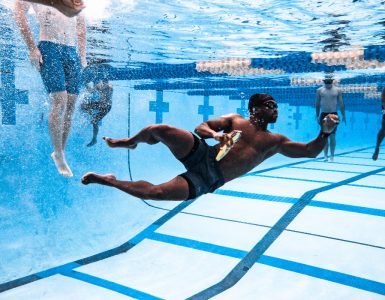