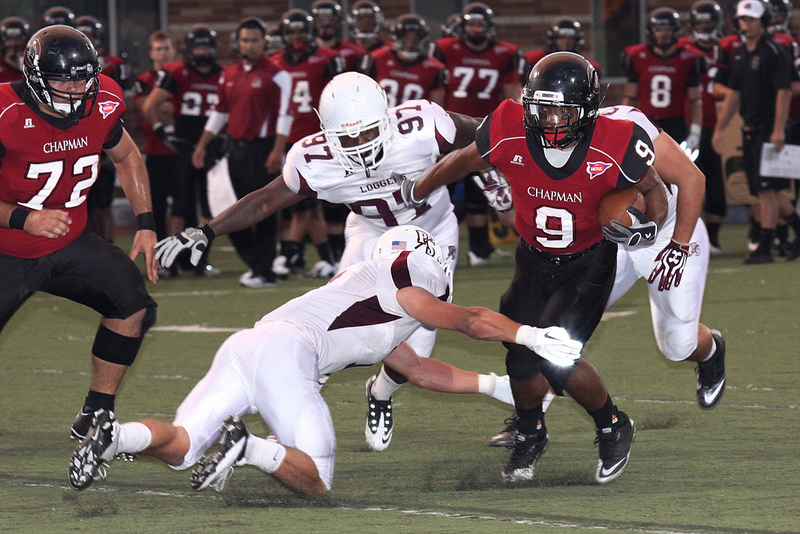 The Chapman University football team has become accustomed to opening the season with a win. Rarely have those wins come with such firepower as Saturday night’s 55-35 defeat of visiting University of Puget Sound. The Panthers and Loggers combined for 1,141 yards of total offense and 90 points in a slugfest that lasted over three hours at Ernie Chapman Stadium in Saturday night.

Chapman (1-0), making its 2012 debut, scored on its first four possessions of the game to build a 28-0 lead after one quarter. That included a 100-yard touchdown return by junior RB
Austin Maranville
on the game’s opening kickoff – a school record. It was just the sixth kick return for a touchdown in Chapman history, the last by Kevin Krail in 2009. Read more at the
Athletics website
.