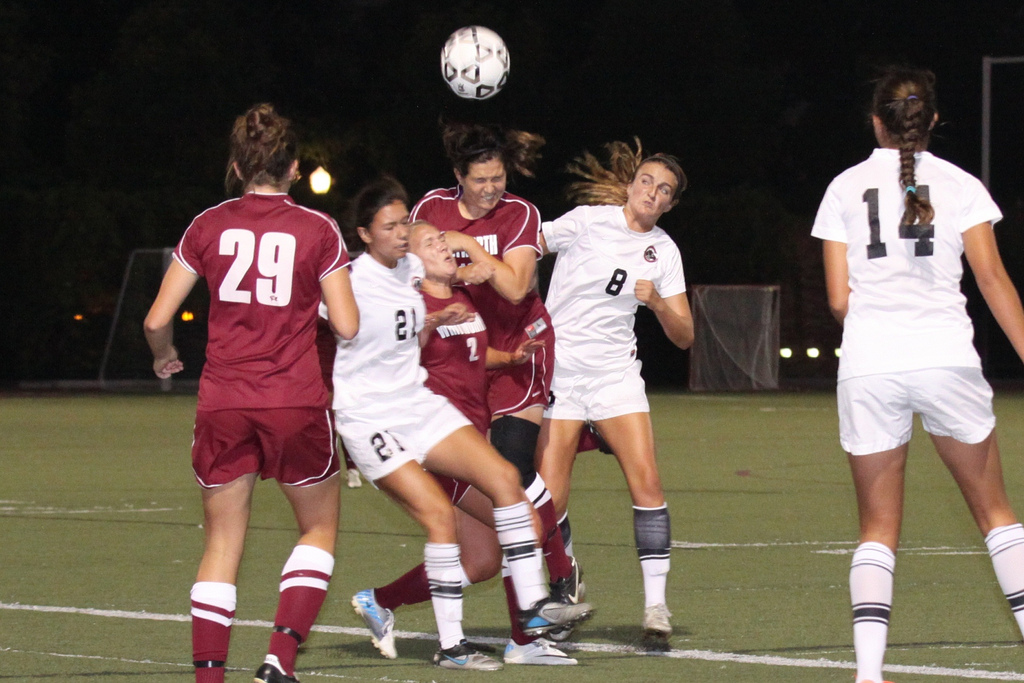 Junior forward
Val Sobol
scored the game-winner in the 59th minute, heading the ball past Pioneers’ goalie Geena Fong off a perfectly-placed cross pass from freshman D
Ashley Sweeting
on the right wing. The goal was Sobol’s first of the year and completed Chapman’s comeback after falling behind 1-0 midway through the first half.