Chapman University has paired with
Harvard
and
McGill
researchers to become the newest branch of the Evolution Education Research Center.

The new center was announced during a Monday talk given by
Eugenie Scott, Ph.D.
, executive director of the
National Center for Science Education
, an organization dedicated to keeping evolution in public schools’ science curricula. The current board of the center consists of researchers at McGill and Harvard universities, representing Canada and the eastern United States, respectively.

Chapman University and its faculty are well positioned to merge with EERC for this expansion effort, said Brian Alters, Ph.D., founder and director of EERC.  Given Chapman’s pertinent researchers in the College of Educational Studies, Schmid College of Science and Chapman University School of Law (the three explicitly relevant areas of evolution education studies), and the recent arrival at Chapman of Dr. Alters, “the human resources and timing are excellent for this union,” he says.

Most, if not all, major international scientific organizations consider biological evolution to be fundamental to all life sciences. Yet Americans hold remarkably numerous misconceptions about evolution; polls consistently indicate nearly 50 percent of adults living in North America find evolutionary theory inaccurate to the degree that they reject its scientific factuality. More shocking is that the misunderstanding of evolution and opposition to its teaching seems to be increasing.  And this situation is not peculiar to the “Christian” United States, but rather similar issues exist in Islamic and other non-Islamic countries.

The social controversies around biological evolution and creationism continue to feature prominently in the popular and academic discourses in the West.  Nevertheless, relatively little is known in Western academia about how the theory of evolution is understood and taught at different levels in Islamic cultures and countries.

The mission of the Evolution Education Research Center (EERC) is to advance the teaching and learning of biological evolution through research. For more than a decade members of the Center have conducted research on ways to increase evolution understanding and disseminate their findings to the educational community and the public. This work is done with the hope of ultimately improving the teaching and learning of evolution at all educational levels

The beginning years of EERC were spent solely on studying Christians interacting with evolution education in the U.S. and Canada.  However, in the past few years EERC has also been exploring the intersections among religion, science and education in predominantly Muslim societies and cultures — in several Muslim communities and countries, including Egypt, Indonesia, Lebanon, Pakistan and Turkey.

More specifically, EERC seeks to examine the ways in which evolutionary theory is understood by Muslim university faculty, high school biology teachers, high school students, and their families in relation to their religious beliefs.
What happens when evolution collides with others’ perceptions of their Islamic faith?
It also intends to examine the treatment of biological evolution and the nature of science in secondary science curricula and science teacher education programs. 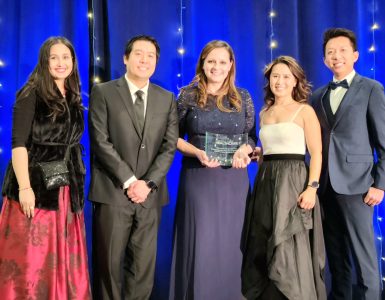