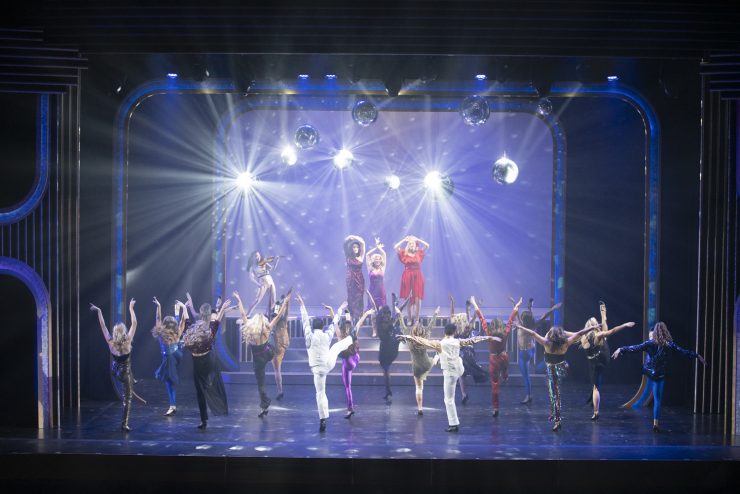 The grand finale of Chapman Celebrates will be held Feb. 10 and 11 at Musco Center for the Arts.
University News

Chapman Celebrates to Take Final Bow Chapman University’s 40th fundraising gala will be held in February for the last time.

Chapman Celebrates – Chapman University’s signature gala that has raised more than $40 million for scholarships in the last 40 years – will take its final bow in February 2023.

The Broadway-style show features singing, dancing and musical performances from College of Performing Arts students. Opening night is Feb. 10 and gala night is Feb. 11 at Musco Center for the Arts.

Besides being the event’s grand finale, it’s the first in-person Chapman Celebrates since 2019, before the COVID-19 pandemic.

“Chapman Celebrates has given our talented students a place to showcase their craft while raising funds for much-needed scholarships. We’re looking forward to the grand finale of this wonderful event,” says Chapman President Daniele C. Struppa.

The event famously celebrates the entire Chapman community and features more than 100 CoPA students performing Broadway favorites and American standards with a full orchestra. It was originally called “An American Celebration.”

“Chapman Celebrates is a unique experience for our students on many levels,” says COPA Dean Giulio Ongaro. “It’s a different repertory from what they usually handle, it is put together in an intensive way, with concentrated rehearsals and at a different pace than a regular semester, and it is done on a scale that is larger than that of our normal productions.

“Students really learn how to be in a professional-level production, and how to be flexible and quickly learn their parts. It’s intense but they all get a tremendous sense of accomplishment, and they enjoy performing for the sold-out crowd at Musco Center for the Arts,” adds Ongaro.

More than 80% of Chapman students receive some form of financial support, which has flowed from sources like Chapman Celebrates.