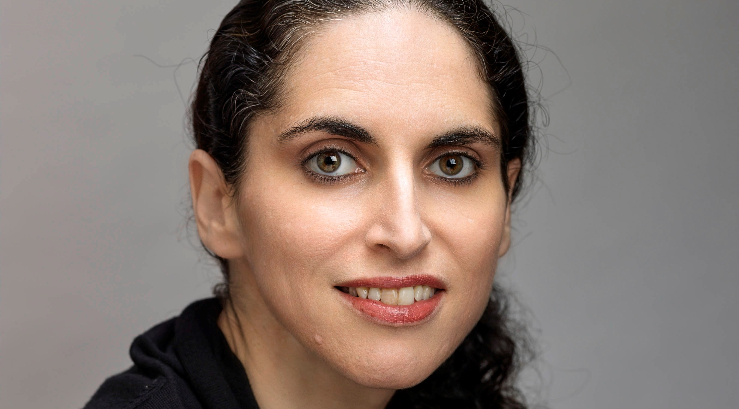 Crushing on a Celebrity? You’re Not Alone, Says Chapman Researcher About 80% of people have these imaginary relationships with media figures, says Rebecca Tukachinsky Forster, who adds that “overall, these are ... good for you.”

Never underestimate the power of a colicky baby. Sleepless nights with just such a newborn rekindled a Chapman University professor’s girlhood infatuation with the 1980s television character MacGyver, that remarkably inventive problem solver with the dreamy brown eyes.

Thanks to DVD rentals, Rebecca (Riva) Tukachinsky Forster, a professor of communication studies, enjoyed a stroll down memory lane in those early days of motherhood, chuckling along the way with the “MacGyver” series – “the flat dialogue and horrid fashions!” – but also finding a bit of daydreaming fun with an old crush.

Still, the experience was more than a passing diversion during a challenging life transition. Tukachinsky Forster, Ph.D., a media psychology scholar and faculty member in Chapman’s School of Communication, started thinking more about what was really going on with these “relationships” that live only in the imagination.

“I am fascinated with the human ability to be so profoundly moved by what we know to be unreal,” says Tukachinsky Forster, whose research is focused on people’s response to a variety of media. “What is the purpose this serves? Why is it happening? Are there consequences?”

Before long, she began to dig deeper, revisited her earlier work on the subject and expanded it with three new surveys and in-depth interviews centered on this question of why fanciful relationships can capture one’s heart. The result is her new book “Parasocial Romantic Relationships: Falling in Love with Media Figures.”

And there’s happy news, folks. If you’ve ever crushed out over a superhero, a derring-do fictional character or even written yourself into fan fiction to become a character in your imaginary sweetheart’s storyline, you are in good company.

Her research reveals that some 80% of people report having these fanciful relationships.

“Overall, these are normal and productive and good for you,” she says. “For people with healthy psychological profiles, it’s OK.”

Moreover, these crushes have no connection to stalkers or people whose obsessions with a celebrity lead to criminal activity.

“It’s people with mental health conditions that manifest in extreme celebrity stalking,” Tukachinsky Forster says. “The crush didn’t make the person dangerous. It is a dangerous person that had a crush.”

How Crushes Help Us

For most healthy people, the researcher sees several benefits to the relationships, idealistic though they may be. For adolescents, it’s a safe way to practice romance. Even those early sorrows when a celebrity crush has the gall to announce real-life wedding plans serve as gentle warmups for real heartaches likely to follow in young adulthood, she says.

Similarly, her research found that resurrecting old crushes helped people edge back into romance following the loss of a romantic partner.

And in that camp of early motherhood, which she knows something about, they bring a bit of comfort.

“Many women, when they were going through life changes, reported this as a way to reconnect to their identity and sexuality as a unique person outside of being a mom and wife,” she says.

Whimsy and entertainment aren’t to be discounted, either. Tukachinsky Forster’s research also looked at people who display their affections more openly, including enthusiastic anime fans. Again, no worries.

“They take it very seriously, but they know it’s not real,” she says. “They are mentally fit.”

Next questions for Tukachinsky Forster are whether the phenomenon works in reverse. Her preliminary research suggests that we humans tend to associate villainous characters with the actors that portray them and turn a cold shoulder to products or charities those actors may promote in real life.

Perhaps most interesting of all to her is an unanswered question. If most people at some point have a parasocial romantic relationship, what’s up with those who don’t?