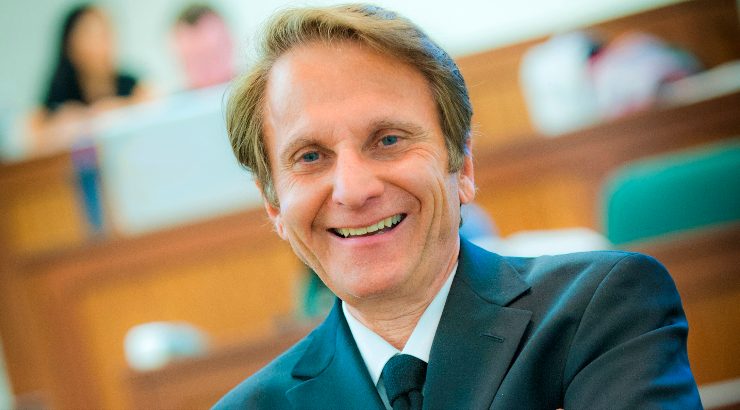 On the morning of my first day in school, my mother gave my older brother, Frank, strict marching orders, “Stay close to Jimmy, and always hold his hand when you cross a street.”

After the shock of hearing the tragic news that Frank was killed in an automobile accident, my first memories were of those early years when he’d hold my hand while crossing streets. Even when I was old enough to walk alone, we’d still walk together — not only to and from school but in life as well

Many people were surprised when they found that Frank and I were both professors at Chapman. That academic collaboration started at an early age when we’d play school together. Frank was usually the teacher, and I was the mostly obedient student. Frank liked teaching more qualitative subjects like reading and writing. When I was at the front of the class, my interests were more quantitative, like arithmetic.

Our play acting as teacher-student even continued after school. We’d stop at our favorite burger dive for a bag of French fries. As Frank pilloried me with questions about what I learned at school that day, we’d walk home while he’d ration out the fries — two for him and one for me. Even then, my interest in statistics helped me figure out that I was getting the short end of the stick … or, in this case, the French fry.

After I resigned as president at Chapman and rejoined the faculty, Frank and I were suddenly teachers again, just as we were 65 years earlier. Like the way we walked to and from Reinberg Grammar School to home in Chicago, we’d walk from Chapman and have lunch together at the Orange Public Library, where we’d sit by the historic Orange City fountain. As we ate our peanut butter and jelly sandwiches, we’d talk about Chapman and reminisce about old times.

Not long ago, I reminded him about how he’d short-changed me in the rationing of French fries. He asked, “Hey, what was the name of that burger joint where we’d get those fries?” Neither of us could remember.

Late that night, it dawned on me — Peter Pan’s Burgers. I immediately called Frank and told him. “Yes, yes, that’s it!” he shouted. Recalling that name was like a time machine transporting both of us back to a distant time.

Now that Frank is gone, I’ll still make it a point to walk over to the Orange Public Library and sit by the fountain while eating my sandwich. I’ll think about Frank holding my hand as we’d cross the streets. I’ll think about our teaching pretend school and real school. I’ll think about him doling out French fries while I’d tell him about what I learned in school. And I’ll rekindle all the other sweet memories of our lives together — memories that I hope will never fade.

But, oh, who will I call when I need Frank to share a blast from our past?

Professor Frank Doti, JD, was tragically killed in an automobile accident on July 14, 2021, as he and his family returned from their summer home in Colorado. Frank Doti was a professor of law at the Fowler School of Law, where he was a beloved member of the Chapman faculty. He received the Katherine M. Darby Professor of the Year Award in 2012. One of his former students, Chapman Trustee Zeinab Dabbah, MD (JD ’12), made a generous gift to name the Frank Doti Lecture Hall in Dorothy Kennedy Hall. 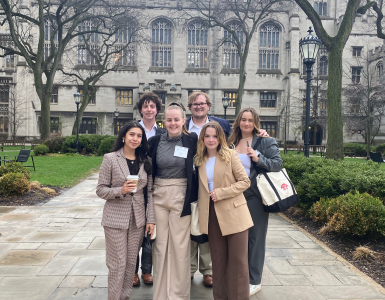