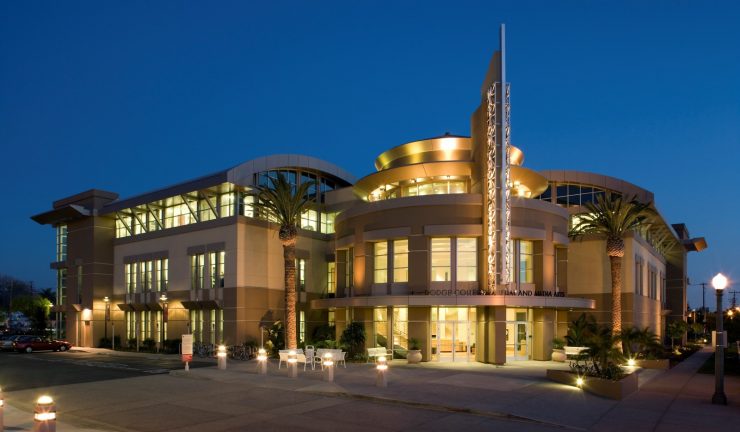 The Chapman Fall 2021 Master Classes have been announced! A-list Hollywood is coming directly to you this season, with a twist: Halle Berry, Jamie Lee Curtis and Sopranos creator David Chase will be live, in-person! The astounding lineup kicks off September 22 at 6 p.m. with Oscar winning filmmaker Sofia Coppola appearing virtually in conversation with Dodge’s own Susie Landau Finch.

As a Chapman faculty and staff member, you are invited to both the one-hour A-list Zoom interviews and the in-person interviews as listed below. A sign-up form will be made available for each in-person event one week ahead of the events.

Oscar-winning writer-director Sofia Coppola is one of the most admired filmmakers working today, with a slew of nominations for modern-day classics like “The Virgin Suicides: (2000), “Lost in Translation” (2004), “Marie Antoinette” (2006) and “The Bling Ring” (2013). The daughter of legendary filmmaker Francis Coppola, she was named Best Director at the Cannes Film Festival for “The Beguiled” (2017).

Super Bowl champion and Good Morning America host Michael Strahan is the only guy who played 15 years with the New York Giants and went on to topline such shows as “$100,000 Pyramid” and Live with Kelly and Michael. He’s also a two-time Emmy Award winner, a philanthropist and entrepreneur.

David Chase is best-known for writing and producing the landmark HBO drama “The Sopranos,” often considered the best TV series ever. The seven-time Emmy Award winner’s next project, “The Many Saints of Newark,” is a prequel to the epic series and stars Michael Gandolfini (son of James Gandolfini) as the young Tony Soprano. We’ll be screening the movie at Dodge.

Daughter of legendary Golden Age actors Janet Leigh and Tony Curtis, Jamie Lee Curtis made her debut as an actress in “Halloween” (1978), the horror franchise in which she continues to star more than 40 years later: David Gordon Greene’s “Halloween Kills” will be released October 15. She’s also the author of 12 best-selling children’s books.

A fixture of hardscrabble, iconic cinema of the 1970s such as Martin Scorsese’s Mean Streets (1973), Alice Doesn’t Live Here Anymore (1974), and Taxi Driver (1976), Keitel has continued his impressive career as one of the finest character actors of his generation for six decades. Appearing in essential films such as Ridley Scott’s Thelma & Louise (1991), Quentin Tarantino’s Reservoir Dogs (1992) and Pulp Fiction (1994), Jane Campion’s The Piano (1993) and Holy Smoke (1999), and Barry Levinson’s Bugsy (1991), for which he received an Oscar nomination for Best Supporting Actor.

Halle Berry is the first and only Black woman to have won a Best Actress Oscar — for “Monster’s Ball” (2001). No stranger to iconic characters, she’s played Storm in the “X-Men” franchise, starred in the James Bond film “Die Another Day” (2002) and now stars and directs in Netflix’s “Bruised,” the story of a disgraced MMA fighter who finds redemption in the cage.

One of the most acclaimed filmmakers working in cinema today, Almodovar’s latest film, Parallel Mothers debuted to career-best reviews this fall. With a filmography that includes such modern classics as Law of Desire (1987), Women on the Verge of a Nervous Breakdown (1988), All About My Mother (1999), Volver (2005), Pain and Glory (2020), Almodovar’s films have been nominated for seven Academy Awards. He was nominated as Best Director and won the Best Original Screenplay for Talk to Her (2003).

An Academy Award-nominated French Canadian filmmaker best known for having directed Blade Runner 2049 (2017), Arrival (2016), Sicario (2015) and Incendies (2010), Villeneuve’s attention to detail and visuals have established him as one of the premier filmmakers working today. Villeneuve is gearing up for the release of his highly anticipated film adaptation of Frank Herbert’s epic science fiction novel, Dune.

A graduate of the Yale School of Drama, Lupita Nyong’o earned a Best Supporting Actress Oscar for “12 Years a Slave” (2011); an Emmy Award nomination as Outstanding Narrator for “Serengeti” (2020); and a Tony Award nomination for Broadway’s “Eclipse.” But you also know her and love her for Jordan Peele’s “Us” (2018) and the smash “Black Panther” (2019). She’s now filming its sequel.

Screening of “Three Minutes: A Lengthening”

Join the Rodgers Center for Holocaust Education for the screening of “Three Minutes: A Lengthening“. This event is free and everyone is welcome to attend. It is being held at the Memorial Hall Chapman... 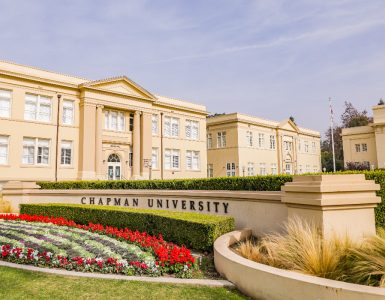