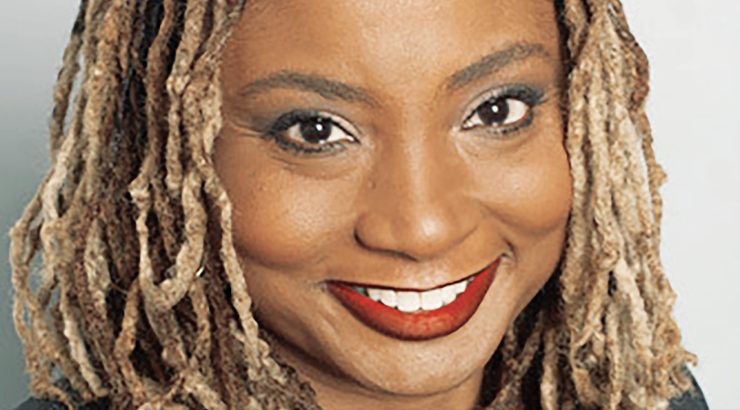 Recently a colleague extended a traditional Masai greeting to me that gave me great pause before responding: “Kasserian Ingera?” or “And how are the children?” Deceptively simple, this greeting is, yes, an interrogative to the individual, but culturally, can be understood as a pulse check on the surrounding community or larger society.

To inquire as to the wellbeing of the young, vulnerable and impressionable really translates on some level to “How are you holding up as a community, a culture, a species?” I resisted a rote response: I wondered if I could confidently reply “All the children are well.”

Rewind to mid-2019, where a crisis unfolds at Dodge College of Film and Media Arts over the poster display of “Birth of a Nation,” a white supremacist treatise from 1915 held in high regard by film schools and some cinephiles around the world ostensibly because of its cinematic innovation.

Narratively depicting the Reconstruction era, the film uses the melodramatic mode to denigrate Black Americans as it advances Lost Cause ideology, casts white southerners as victims of northern aggression, and celebrates the rise of the Ku Klux Klan. Dodge students’ protest of the school’s uncritical presentation via promotional posters was met with resistance. The path to resolution included faculty review, in an effort to avoid unilateral action, but that lengthened the process.

The eventual crisis made the local papers, throwing not only Dodge but the entire Chapman Family into discussions regarding the school’s need for diversification of its faculty, curricular content, staff and student body.

Before Contemplating the Move to Dodge

Shortly after the resolution of said controversy, I was contacted by Dodge Film Studies faculty to possibly teach Black cinema classes for Chapman. Real talk: I had to give Chapman the side-eye. Orange County’s reputation as unfriendly to people of color “behind the Orange Curtain,” and the timing of the request gave me pause yet again.

I knew, based on research, that the City of Orange and, by extension, Orange County, practiced its fair share of white supremacist racism. Practices included restrictive housing covenants, sundown towns (where people of color were expected to leave by sundown), and conventional racial segregation and discrimination commensurate with the rest of the United States.

When coupling Dodge’s “Birth of a Nation” poster crisis, questions regarding Chapman’s historical lack of diversity, and that of the surrounding community, with a two-hour round-trip commute from Los Angeles, I did not see a serious relationship forming between Chapman and myself. But I did wonder: And how are the children?

As 2020 unfolded, the pandemic necessitated a complete reordering of personal and societal priorities, further fraying our national social fabric.

How Do You Reconcile the Past with Harsh Realities of the Present?

To be clear, 2020 was a pretty extraordinary year, the specifics of which are too numerous to enumerate here. But as the nation grappled then (and continues to do so) and attempts to reconcile perennial white supremacy with the nation’s democratic ideals, the murders of Ahmaud Arbery, Breonna Taylor and George Floyd (on the heels of Elijah McClain, Atatiana Jefferson, and countless other victims of fatal force at the hands of law enforcement) on top of growing pandemic, proved to be too much for those of us who understand these occurrences are not isolated incidents. They are the unfortunate outcomes of state-sanctioned excessive use of force against a Black polity always already presumed to be criminal just by walking down the street or simply being.

As Donald Trump fomented white ethnonationalism as his chief re-election strategy, how could thousands of multiethnic protestors not pour into the streets around the globe, professing what should be without question – that Black Lives Matter?

So, when Dodge College Dean Stephen Galloway circled back to me from the previous year’s conversation, this time to join Chapman as a full-time faculty member, in my mind I had to ask, “How will this particular community reconcile its past with the present moment as a strategy toward a better future for all?”

Engaging in a Mutual Vetting Process Informed by Personal History

I resisted more of the side-eye and engaged in a mutual vetting process between the school and myself. I’m not sure how many people know this, but it is not uncommon for Black people to think “How much racism will there be?” when considering employment anywhere. It’s just a part of growing up in the United States.

As such, I cannot divorce my Black womanhood, which began on the south side of Chicago, came of age during Los Angeles’ crack cocaine epidemic, and forged feminist bones by working with sexual assault and domestic violence organizers, from the way I navigate the world.

In my previous travails, I had a history of building things – programs, organizations, curricula, products, relationships; if you needed something created, people knew they could count on me. Did Dodge have stuff they wanted built? Would I be allowed to participate, be heard and respected?

An Opportunity to Influence How Students Create Change

The dean and other key administrators helped me come to see this as an opportunity to positively contribute to the changing culture at Dodge. As the industry realizes the economic viability of generating filmic and televisual content that actually reflects global populations, so too do our film schools.

I would be in a position to influence how students change entertainment industry culture, which has broad influence across the U.S. and transnationally. I needed to understand that my hire would not be an act of tokenism but instead be part of a concerted effort and commitment to creating access and opportunity for diverse students for whom representation is an important aspect of their academic experience.

Looking Forward to the Possibilities of a Future at Chapman

Fall 2020 was my inaugural semester as an assistant professor at Dodge College. New positions in new environments always generate new opportunities as well as a set of managed expectations. Like 2020 newborns, my arrival would be steeped in a COVID-cautious world which in this instance meant little to no in-person contact or access to the campus.

I did give myself permission to imagine what possibilities this new venture would bring, even as I confronted typical anxieties stemming from new employment. I wondered: How will I get a sense of the school’s culture, energy and vibe? What are the school’s traditions, and will my values align with theirs?

I look forward to my own real-world experience with Orange County, one that affirms a sense of belonging. So far, all signs have been encouraging.

First and foremost, my colleagues have been exceedingly welcoming and helpful with my transition to Chapman. On campus, I found that students in my “Global Cinematic Blackness” class were beyond appreciative for their semester-long tour of Black cinema produced around the world. In a brief but important discussion, graduate MFA students in my “Television Analysis” class were able to have frank discussions about how to write “race” on the page; and my fantastically creative undergraduate scriptwriting students gave me much grace as they schooled me on how to use Canvas.

Kasserian Ingera? Having completed my first semester working with both undergraduate and graduate students, I have been impressed by Chapman students’ critical consciousness regarding social issues as well as their creative talent and eagerness to learn not only the creative aspects of the industry but also how to be a morally and ethically good professional in the business.

They are aware and ready to contribute to creative conversations that render us as multifaceted and complex as we are. In the Chapman Family, the children are indeed well.