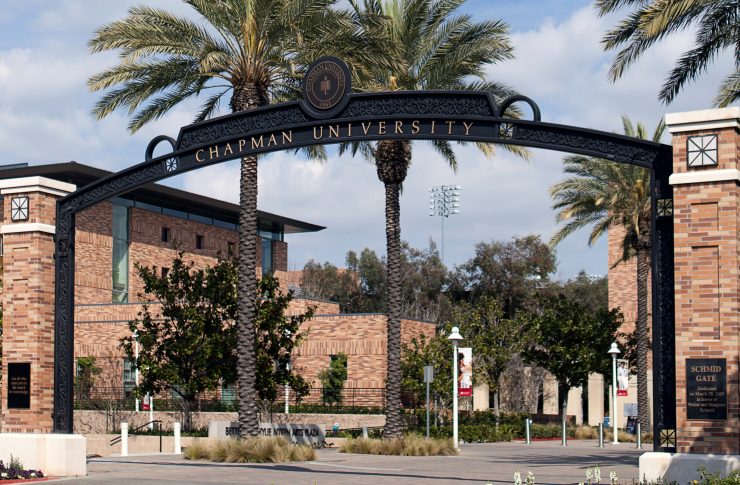 Chapman joins a coalition of premier research institutions, liberal arts colleges and public universities in the West in a lawsuit to block the U.S. Department of Homeland Security from revoking visas for international students who attend classes online.

To Our Chapman Community –

Chapman University joined a coalition of 20 of the country’s premier research institutions, liberal arts colleges and public universities in the West that sued the federal government today to block the U.S. Department of Homeland Security from revoking visas for international students whose studies will be entirely online in the fall.

The lawsuit is seeking a temporary restraining order, preliminary injunction, and permanent injunction to stop the U.S. Immigration and Customs Enforcement’s July 6 directive from being enforced and its policies from being implemented.

The government’s thoughtless and arbitrary action not only harms these students, but also robs institutions of higher education of the autonomy and flexibility to adapt models of instruction to meet the urgent needs posed by a global pandemic.

Additionally, Chapman University, in partnership with the Presidents’ Alliance on Higher Education and Immigration, joined 178 colleges and universities an amicus brief filed in support of Harvard University and the Massachusetts Institute of Technology (MIT)’s legal complaint against the U.S. Department of Homeland Security (DHS). The plaintiffs seek an injunction against new guidance from the U.S. Immigration and Customs Enforcement (ICE) that effectively implements a ban on international students enrolled exclusively in online courses as a result of COVID-19. The amicus brief argues that higher education institutions and international students will experience significant burdens due to the guidance’s arbitrary prohibition, without notice, to online-only courses for international students, particularly after investing substantial resources in planning their fall 2020 operations. Institutions, the amicus argues, relied heavily on the existing Student and Exchange Visitor Program (SEVP) guidance that flexibility would continue “for the duration of the emergency.”