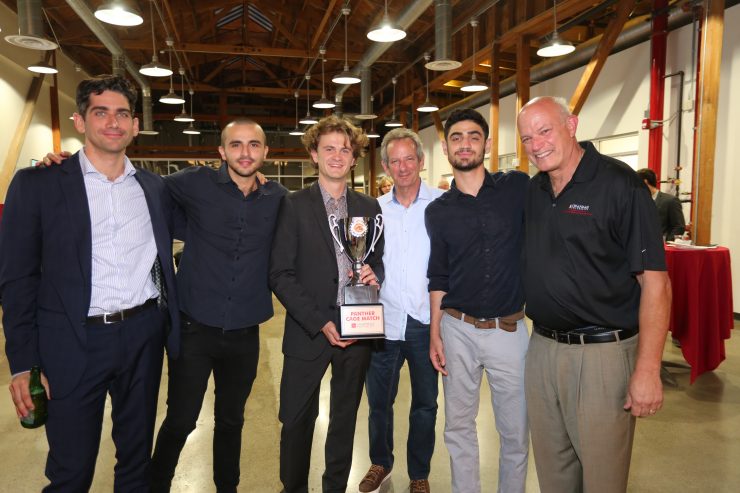 Extending hundreds of years into history, the family tree of Amir Esfahanian ’17 is rooted in the art of Persian rug-making. To this Old World craftsmanship Esfahanian has added a new-technology twist.

Introducing Rugtomize, the business Esfahanian co-founded and is taking from pre-launch to full-fledged venture in 2020. On the company’s website, rugtomize.com, Esfahanian and business partner Roy Hasna describe their venture as the first service in the world to create fully customized rugs, “giving clients the freedom to choose the size, color, pattern and material of their product, even allowing them to add personal pictures to the rug if they choose to.”

When Esfahanian talks about his business, he begins with respect for his ancestors in Iran and the craft of rug-making. The Chapman grad seeks to marry that history with computer technology and mechanization, which allow Rugtomize to produce customized rugs quickly and efficiently.

The venture has already reached some key milestones, including a launch on Kickstarter. But the biggest moment so far came during Chapman Family Homecoming in October 2019. That’s when Esfahanian and the Rugtomize team met the test of the University’s first Panther Cage Match, a reality-TV-style pitch competition designed to give Chapman student and alumni entrepreneurs real-world experience and a shot at funding from angel investors. 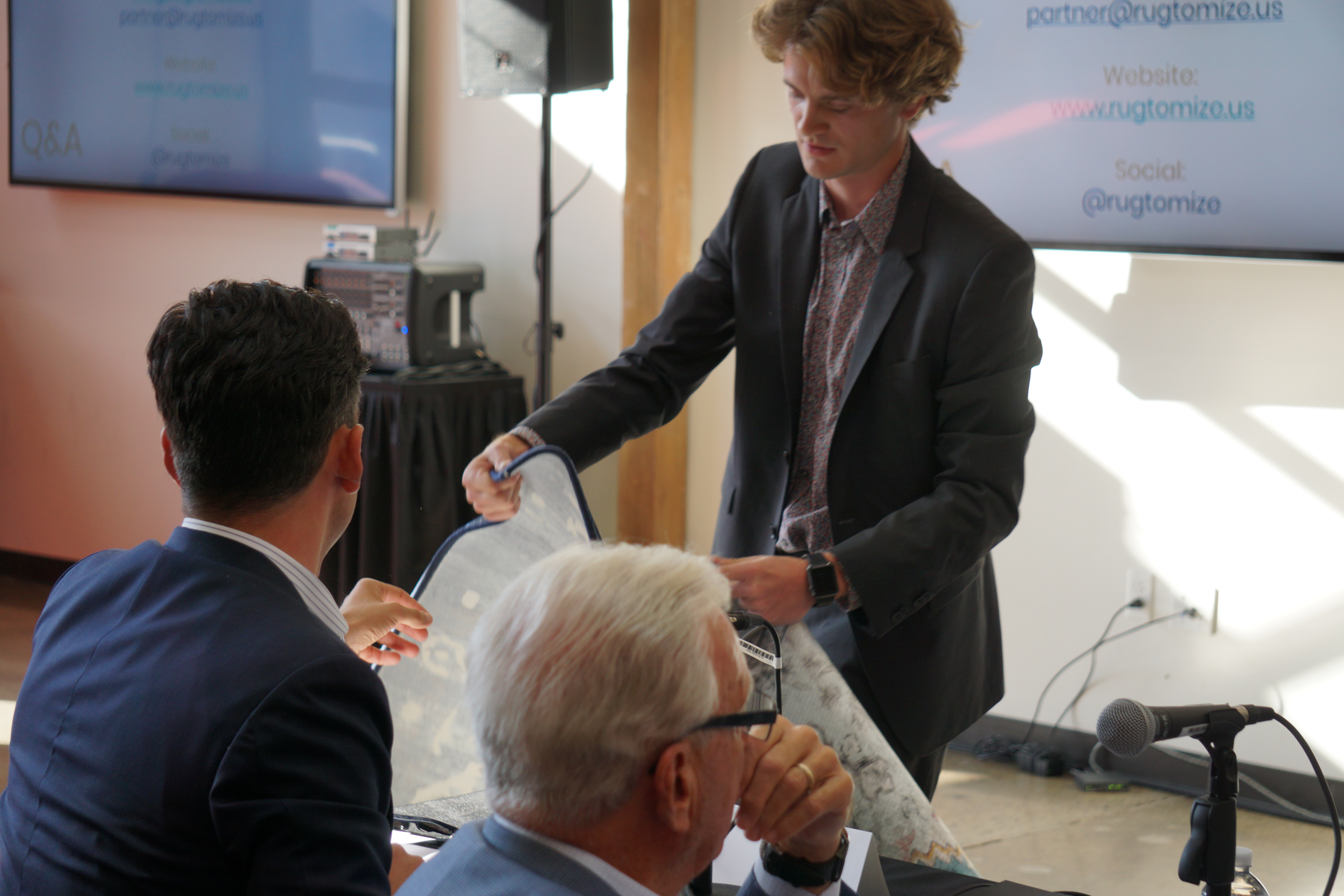 Besting dozens of competitors, Rugtomize walked away with Panther Cage Match championship. In addition to praise from the venture capitalists and other business leaders judging the competition, Rugtomize earned the chance to further benefit from the resources available at Chapman’s Leatherby Center for Entrepreneurship and Business Ethics.

Esfahanian, who majored in business and minored in psychology of leadership at Chapman, says he continues to benefit from support provided by Launch Labs, the Leatherby Center’s incubator program for student and alumni entrepreneurs.

“Meeting with different entrepreneurs who have hands-on experience, including Mario, has helped us maintain momentum,” Esfahanian says. “It has opened our eyes to how to tackle the marketplace.”

Esfahanian linked up with Launch Labs with the help of Jo Bandy, executive director of Chapman’s Office of Career and Professional Development. The connections just keep growing for Rugtomize, where a Think Chapman First perspective has led to at least five Chapman students bringing their special expertise to roles ranging from human resources to marketing to videography.

“Two years ago, we had no machinery, no materials, but we had an idea on how to revolutionize the marketplace,” Esfahanian says.

Now that revolution is being supported by outside validation – Rugtomtize won all three rounds of the Panther Cage Match competition.

“It’s an innovative idea, with an understandable product that has potential for broad appeal,” Leone says. “I think the judges also appreciated the scalability.”

For Esfahanian, it all adds up to a dream being knotted and woven into a customized reality.