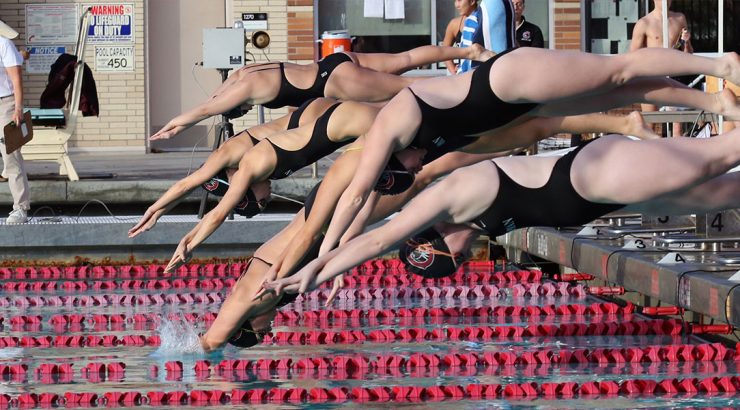 The Chapman University men’s and women’s swim and dive teams competed against Caltech and Redlands this past weekend at the third SCIAC meet of the year. Freshman Riley Brownfield took home first place in three races, helping lead the women to a 121.0 – 120.0 victory over Redlands and a 173.0 – 53.0 victory over Caltech.

Brownfield took first in the 100 and 200 free, as well as the 400 free relay alongside seniors Molly Davis, Teresa Gerhold, and Natalie Neffner. The foursome finished with a time of 3:37.50 and Brownfield posted a 56.29 in the 100 free and a 2:01.16 in the 200 free. Chapman also took third in the same event with a 3:55.60 finish by sophomores Kealani Tanizaki-Hudson and Sophia Kelsey, junior Carina Laukatis and senior Katharine Buliga.

Davis also made the leaderboard in the 200 free, finishing with a time of 2:03.11 to take second place in front of fellow senior Ally Haase, who finished third at 2:05.28.

The Panthers also had two top-5 finishes in the 200 IM. Rookie Hannah Parulan and junior Gillian Logan finished first and third respectively. Parulan posted a time of 2:14.49 while Logan finished at 2:18.12.

The We CU! Mentorship Program is recruiting faculty and staff mentors for spring 2021 to accommodate new and transfer students! Faculty and staff interested in serving as a mentor should complete the interest form by...

Interested in Adobe Creative Cloud Products but Not Sure Where to Start? Start Here! 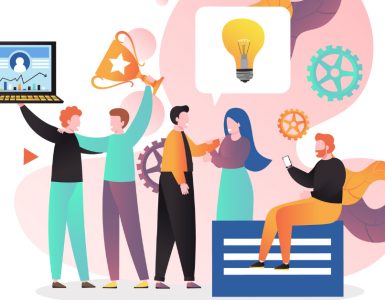 If snazzy prizes and quality time with your Chapman family sound enticing, look no further. The Paws Up for Workplace Wellness and Engagement program series offers staff and administrators the chance to win these prizes...