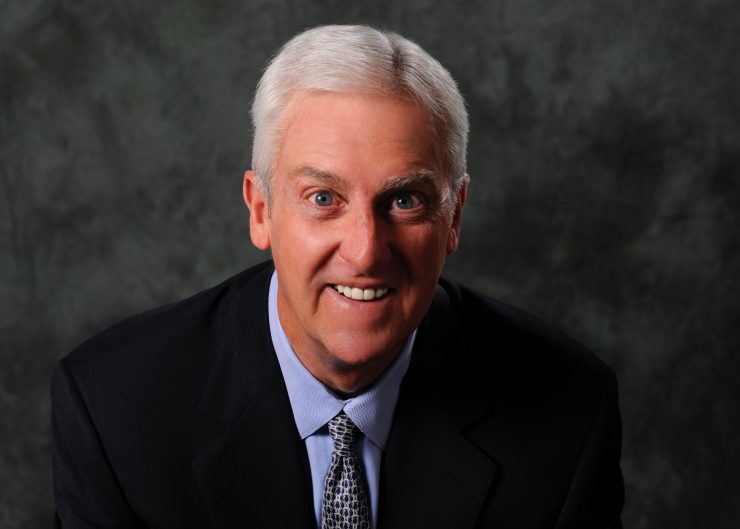 Geared Up For A Life In The Game He Loves How'd You Get That Job?

As a walk-on catcher at Chapman University, Rick White ’75 chased the dream of a life in professional baseball. He was smart enough to realize that life wouldn’t be as a player.

“I knew I wasn’t good enough to make it to the major leagues,” he says.

After earning a degree in psychology from Chapman, White was prescient enough to base his MBA thesis at Purdue University on his affinity for baseball. He designed a progression analysis that explored the degree to which good hitters outearn those who excel primarily on defense. Analytics was an emerging field, and his research caught the attention of Major League Baseball. He accepted an offer to work in the American League office.

“It was a tremendous opportunity to pursue my passion,” White recalls.

He has seldom been far from that pursuit ever since. During a career of steadily expanding positions, he served every commissioner of baseball from Bowie Kuhn in the early ‘80s through Bud Selig in the mid ‘90s.  His mind for strategic analysis and creative ideas allowed him to break new ground in sports marketing.

In 1983, he founded Major League Baseball Properties, the sport’s trademark licensing, corporate marketing and publishing organization. During a six-year period when he was CEO, MLB Properties went from gross retail sales of $200 million a year to more than $2 billion. Among other things, his group pioneered sales of authentic team products, throwback gear and fan festivals.

“Much of what you’re seeing with pro and college sports marketing today, that was the origin point,” White says.

After later serving in other sports marketing leadership positions, including with Nike, White returned to his first love in 2014. He became the inaugural president of the Atlantic League, which he calls “the most innovative league in professional baseball.” He’s having a ball helping to drive those innovations.

“I missed baseball,” he says. “It gets into your blood.”

The Atlantic League is an independent minor league with eight teams sporting names like the Sugar Land Skeeters and the Southern Maryland Blue Crabs. It’s miles from the major leagues, but the Atlantic League’s advances are on the minds of MLB officials, who are eager to speed up play and otherwise court the attention of younger fans.

“The impression that baseball is boring is getting more profound,” White says. “We found a way to take Atlantic League games from an average length of 3 hours, 1 minute, to roughly 2 hours, 39 minutes. We did that by enforcing existing rules and bringing to bear rule changes that I’m delighted to say are being mimicked by Major League Baseball.”

Among the moves are speeding up changeovers between innings and enforcing time limits between pitches with no runners on base. The league also restricts on-field conferences.

“I think I’m known both as a strategic marketer – someone who sees opportunities that might not otherwise exist – and someone who leaves a lasting legacy where I’ve been,” White says.

As he considers his journey, White notes that Chapman continues to exert a lasting impact on his life.

“Going to Chapman was a life-changing experience,” he says. “While I can’t say it led directly to my vocation, the opportunities I had on the field, in student government and in the classroom – the incredibly accessible Board of Trustees and faculty – had a powerful effect on me. I will always be grateful.”