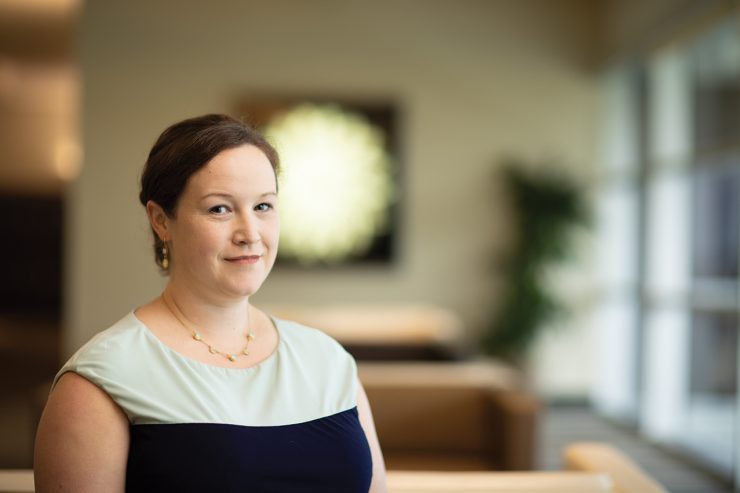 A professor at the Chapman University School of Pharmacy has received a $1.6 million grant from the National Institutes of Health (NIH) to study Kaposi sarcoma-associated herpesvirus, which can cause cancer and other diseases, particularly in transplant recipients and people with HIV infections.

Jennifer E. Totonchy, Ph.D., will use the RO1 grant to better understand how the virus is transmitted, interacts with the human immune system and is affected by other factors.

RO1-level grants are one of the NIH’s largest funding mechanisms, and they support significant health-related research for up to five years. This is the first RO1-level grant for the School of Pharmacy, which opened its doors to students just five years ago.

“This is a testament to Jennifer’s scientific prowess and the incredible, dedicated work of her and her laboratory team and collaborators,” said Ron Jordan, Pharm.D., dean of the School of Pharmacy.

The National Cancer Institute at the NIH is interested in the virus’ transmission paths because scientists do not yet understand how the virus causes cancer. So prevention is paramount, Totonchy says.

“We’ve known about the virus for about 25 years, and we still do not know how it moves around in the human population. This research is based on the idea that if we know how this virus gets from person to person, we might be able to rationally design strategies to prevent that from happening and therefore prevent cancer from happening in the first place.”

“Limiting the spread is the easier way of getting rid of the cancers that are associated with this virus,” she says.

With this new grant, Totonchy will use a variety of cell types collected from human tonsils to identify factors that influence transmission of the virus. It also will build on her ongoing research into how the virus influences B cells in tonsil tissue.

The research potentially holds other implications, too. Many scientists who study viruses suspect inflammation may help organisms gain a foothold, so the findings may add pieces to the inflammation puzzle, she says.

“Inflamed tissue is probably pretty relevant to transmission,” Totonchy says. “There are epidemiological studies suggesting that for some reason this virus really does better in an inflamed context, which seems like it would have implications for the study of inflammation in general.” 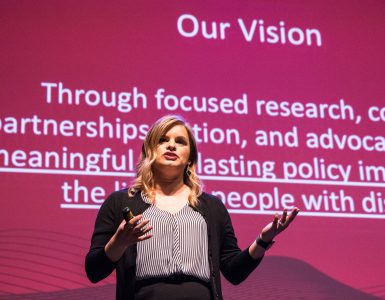 Continuing growth in research, adaptations during the COVID-19 pandemic, faculty awards and the substantial impact of sponsor support were among the areas of focus when Chapman University held its Fourth Annual State of...