Chapman University sociology professor Pete Simi, Ph.D., was interviewed by Robin Young of NPR’s “Here and Now” in a discussion of the professor’s research on the addictive nature of racial violence. For the past 20 years, Simi has studied extremist groups and violence through interviews and observations.

We’re not saying this is the same thing as being addicted to heroin. The point is to try to better understand the power in terms of certain kinds of environments that people are exposed to … especially over long periods of time in their lives where they’re constantly and consistently exposed to hateful messages, rituals like cross and swastika burnings, music festivals. These kinds of things have an impact on how we see ourselves, how we see others, and even in terms of our neurophysiology. Our brain is impacted by the environments that we’re exposed to. 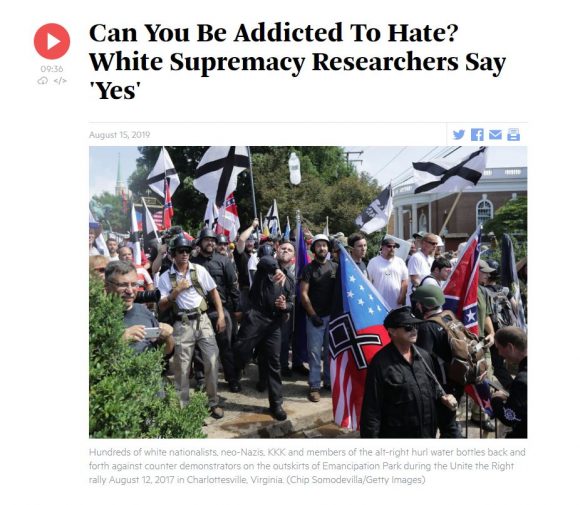