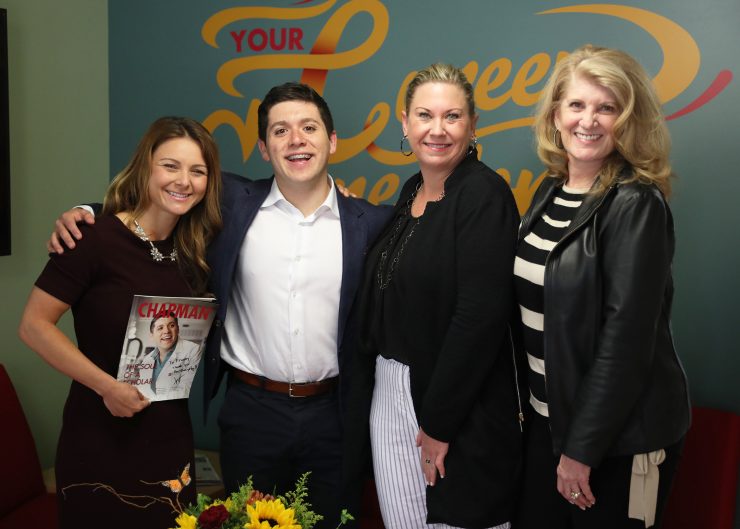 The Road to Rhodes Chapman’s first Rhodes Scholar talks about how the Career and Professional Development Office helped him achieve his dreams.

Just a year ago, Vidal Arroyo ’19 had never heard of a Rhodes Scholarship.

Now, the recent Chapman University graduate is making history as Chapman’s first Rhodes Scholar, one of just 32 scholars from the U.S.

We sat down with Arroyo and Franciska Morlet, associate director of employer relations at the Career and Professional Development Office, to talk about how their guidance played a key role in helping Arroyo win a Rhodes Scholarship.

It all began when Arroyo met Morlet, who offered him a job in the Career and Professional Development Office.

Working there helped Arroyo develop his soft skills and start thinking about his career early.

“I didn’t know what a LinkedIn was before I came into the career office,” Arroyo says, laughing. “I realized ‘Oh my gosh I should have had this by now.’”

Arroyo, a first-generation college graduate, reflected on his experience:

“My parents have always wanted me to do the best, but they weren’t saying ‘college college college!’ or ‘resume resume!’ all the time. When I came to the career office it kind of opened my eyes to what it means to put yourself out there in the professional world. I realized everyone does this, it’s not being a show-off.”

Through his work at the Career Center, Arroyo realized that he enjoyed project-based assignments and decided to pursue post-graduate research opportunities.

“I actually didn’t even know about the Rhodes Scholarship until June of last year. Dr. Julye Bidmead encouraged me to apply for the Rhodes Scholarship in addition to the Fulbright, and several other scholarships, too. I remember looking them up and thinking ‘I don’t know if I’m qualified for these.’ But this question led me to reach out to other students,” Arroyo says.

Vidal used Linkedin to connect with Rhodes Scholars to learn what they’d done to win the award, and whether his application was competitive enough. As it happens, it was.

“When I found out I was a finalist, I thought ‘I could actually win this thing’.” He says.

Ready for the Rhodes Ahead

Now, Arroyo is preparing for his studies that start this fall at Oxford, where he’ll complete a masters program in theology with a concentration in science and religion while studying the applications of data science to improve colorectal cancer treatments.

“I hope to be part of a new paradigm in science,” Arroyo says. “I really want to be a physician-scientist and use artificial intelligence in the treatment of cancer.”

He credits his Chapman experience for starting that journey.

Says Arroyo: “Chapman saw something in me I didn’t see in myself and believed in me before I was accomplishing anything worthwhile.” 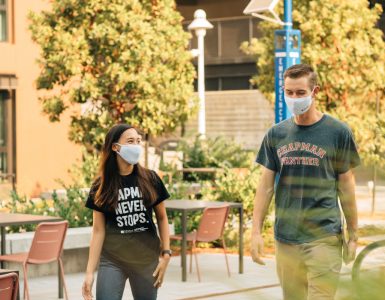 In a day of heart-felt giving, including some late-night magic from a significant matching gift, the Chapman community united around Giving Day 2021 on April 27, raising nearly $1.2 million. The response to the... 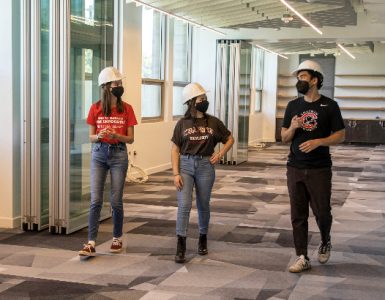 Students and faculty in Fowler School of Engineering are preparing to solve some of society’s biggest problems. They’re bridging disciplines as they design new products and systems.