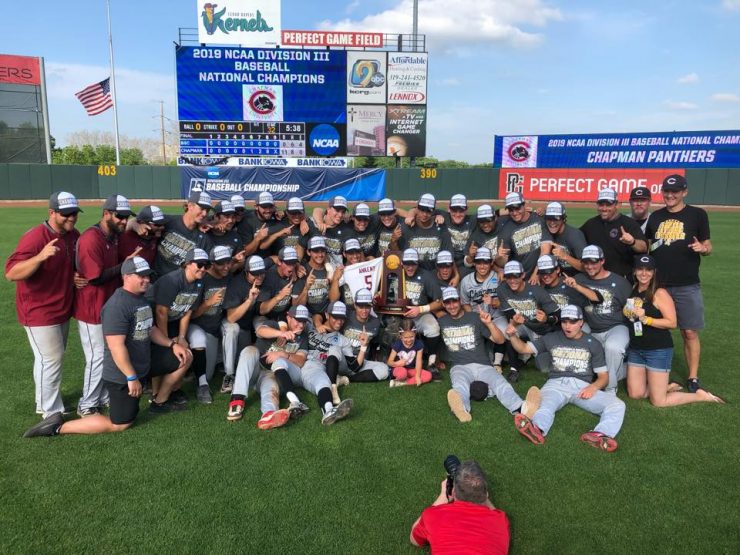 In Game 1, senior Alex Tsuruda scored two runs and put Chapman up 2-1. Chapman extended their lead in the top of the third when junior Joe Jimenez hit a solo shot over the left field wall for his second home run of the season. Tyler Peck was also a key player in Game 1, striking out four batters while allowing three runs in seven innings pitched.

In Game 2, pitcher Mason Collins crushed the competition while Brad Shimabuku went 2-for-2 with three RBIs.

In an interview with  The Gazette in Cedar Rapids, Iowa, home to the national championship series, both Jimenez and Laverty spoke of the team’s resilience.

“Yeah, it was (a lot of) games. But it’s a national championship. It’s what you play for,” Jimenez said. “I just think the guys were ready to go.”

“Dreams come true,” Laverty said. “We fought and clawed and scratched, did everything we could to get to this point. Like I said yesterday, how humbling it is to get a chance to play for it. I’m a little speechless, just in awe that we could finish it off.” 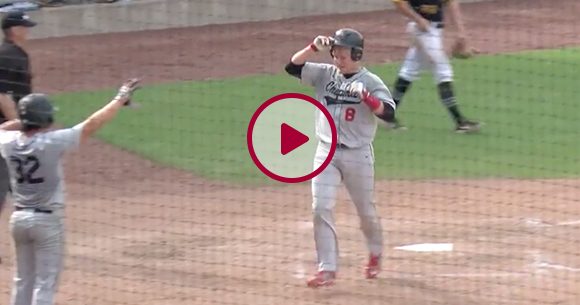