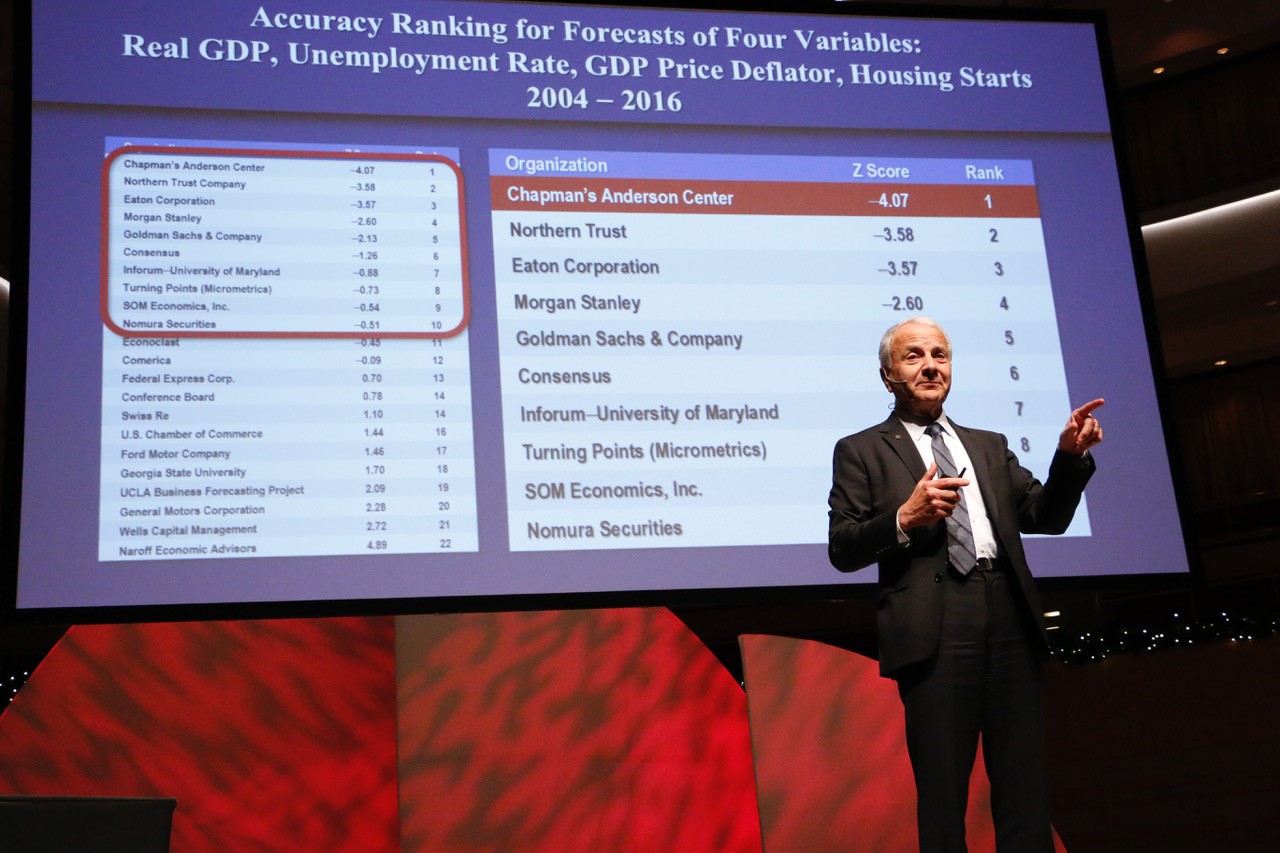 Join the Chapman community on Wednesday, June 19, for the annual Economic Forecast Update at Musco Center for the Arts. Information and tickets are available at chapman.edu/economicforecast. Chapman alumni receive special pricing.

Together, the annual Chapman University Economic Forecast, held each December, and the June update enjoy a remarkable track record for accuracy. At the 41st Economic Forecast, the Chapman Econometric Model pointed to an average job growth of 2.2 percent, an increase of more than double the reported Employment Development Department figures. In March, the EDD released its benchmark revisions for the County’s job growth in 2018. Those revisions point to a 2 percent average job growth, which is very close to the original Chapman forecast. The EDD expected the average number of jobs to increase by 15,767 but instead, they grew by 32,317, matching Chapman’s original forecast which predicted an increase of 35,000 jobs.

“This has happened for two years in a row. We knew that jobs grew at double the rate we were being told,” said President Emeritus and Professor Jim Doti, Ph.D.

Since 1978, Chapman’s Economic Forecast has been using its econometric model to identify and forecast trends in the U.S., California and Southern California economies.

Nationally recognized Top 100 trial lawyer and Chair Emeritus of Chapman University’s Board of Trustees Wylie A. Aitken has established a new professorship to support a faculty member whose teaching, scholarship and/or...