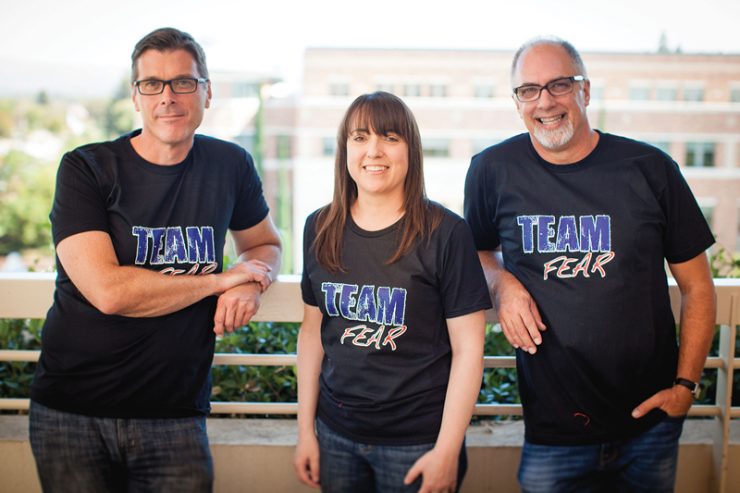 For the fourth year in a row, the top fear of Americans is corrupt government officials, as indicated by the 2018 Chapman University Survey of American Fears, released in October. In the fifth-annual survey, 74 percent of Americans expressed a fear of government corruption. The next-greatest fear is pollution of oceans, rivers and lakes, at 62 percent.

“We now have two years of data collected about American fears since President Trump’s election, and a striking difference has to do with the environment,” says Christopher Bader, Ph.D., professor of sociology at Chapman, and associate director at its Institute for the Study of Religion, Economics and Society, which helps support the survey. Bader is co-principal investigator of the survey, along with Chapman colleagues Ann Gordon, Ph.D., associate professor of political science, and Edward Day, Ph.D., associate professor of sociology.

Americans are increasingly fearful of pollution, global warming and other environmental disasters, Bader notes. “Not a single environmental concern made the top 10 list in 2016,” he says. “But by 2018, five of the top ten fears are environmental in nature.”

In general, fear appears to be on the rise, the researchers say. In the latest survey, all of the top 10 fears are held by more than half of Americans. A year ago, it was the top five fears.

The Chapman University Survey of American Fears provides an in-depth look at what scares Americans. In June, a random sample of 1,190 adults nationwide were asked their level of fear about 94 different phenomena, including crime, the government, disasters, personal anxieties and technology.

More information is at chapman.edu/fearsurvey.