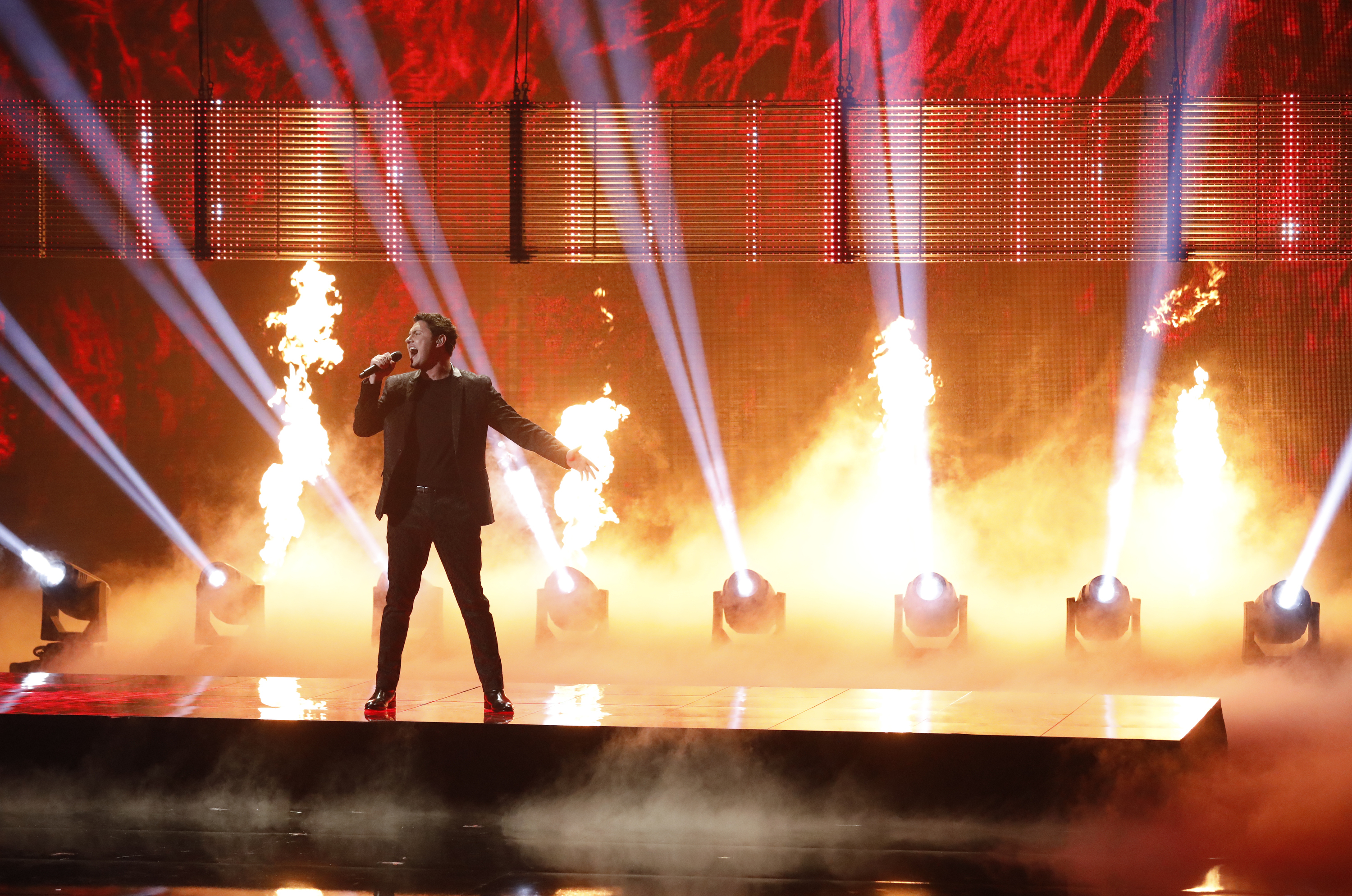 Daniel Emmet ‘15 Makes It To “AGT” Finale The Chapman vocal performance alumnus will perform in the last round of the competition on Tuesday, Sept. 18, at 8 p.m. (Pacific).

After singing through four nerve-wracking rounds on the NBC entertainment television series “America’s Got Talent” (AGT), Daniel Emmet ’15 will compete in the season finale Tuesday, Sept. 18, as one of the top 10 acts. The Chapman University vocal performance alumnus is one step closer to winning the title of “AGT” champion, a $1 million prize and a chance to headline a show in Las Vegas.

“I don’t have the words to describe how I’m feeling right now,” Emmet wrote in Facebook and Instagram posts after he learned that he will proceed to the finals. “’AGT,’ thank you for giving me the most memorable experience of my LIFE!!”

Throughout his time on the show, Emmet, a graduate from Chapman’s College of Performing Arts, has been on a high-stakes emotional roller coaster.

Gaining widespread attention and over 4.5 million YouTube views for his audition, he completed what is now dubbed “the impossible challenge.” While singing his prepared tune, celebrity judge Simon Cowell interrupted Emmet mid-audition and demanded that he perform the little-known song, “Passerà” by Il Divo instead. And perform it in Italian, by the way. Emmet dashed backstage to learn the song in only an hour. When he returned to the stage, the multilingual classical singer beautifully delivered the Italian ballad and won the audience’s and the judges’ hearts to move forward to the Judge Cuts. Despite standing ovations from three of the judges in the next round, he was eliminated.

Audience voting during the live broadcast will determine who will be crowned the season 13 winner of “America’s Got Talent.” Fans can vote for their favorite acts online on the AGT website, through the AGT mobile app or by calling the corresponding toll-free number assigned to each contestant during the show.

Voting will be open through 4 a.m. Wednesday, and the results will be announced that evening.

It wasn’t until Emmet was offered a ‘wild card’ spot in the quarterfinals that the vocalist came roaring back with an operatic version of Aerosmith’s “I Don’t Want to Miss a Thing,” performed against a backdrop of flames and swirling lights.

“Even though you were an underdog, we gave you a chance to come back, and you’ve thrilled us every time,” judge and Spice Girl member Mel B said to Emmet at the semifinals. “I fell in love with (your voice) immediately and over and over again,” judge Heidi Klum added.

During the semifinals, the opera singer found himself in another heart-pounding situation — he was one of the bottom two acts with the fewest fan votes. That left it to the judges to make the decision on who to send to the finale. Emmet received three out of the four votes to advance to the final stage.

“Thank you for believing in me,” said a tearful Emmet.

Whatever happens in the finale, Emmet can already claim the prize for keeping cool under pressure.

Display image at top/Daniel Emmet ’15 performs an operatic version of an Aerosmith classic during the quarterfinal in “America’s Got Talent.” (Photo courtesy of Trae Patton/NBC)