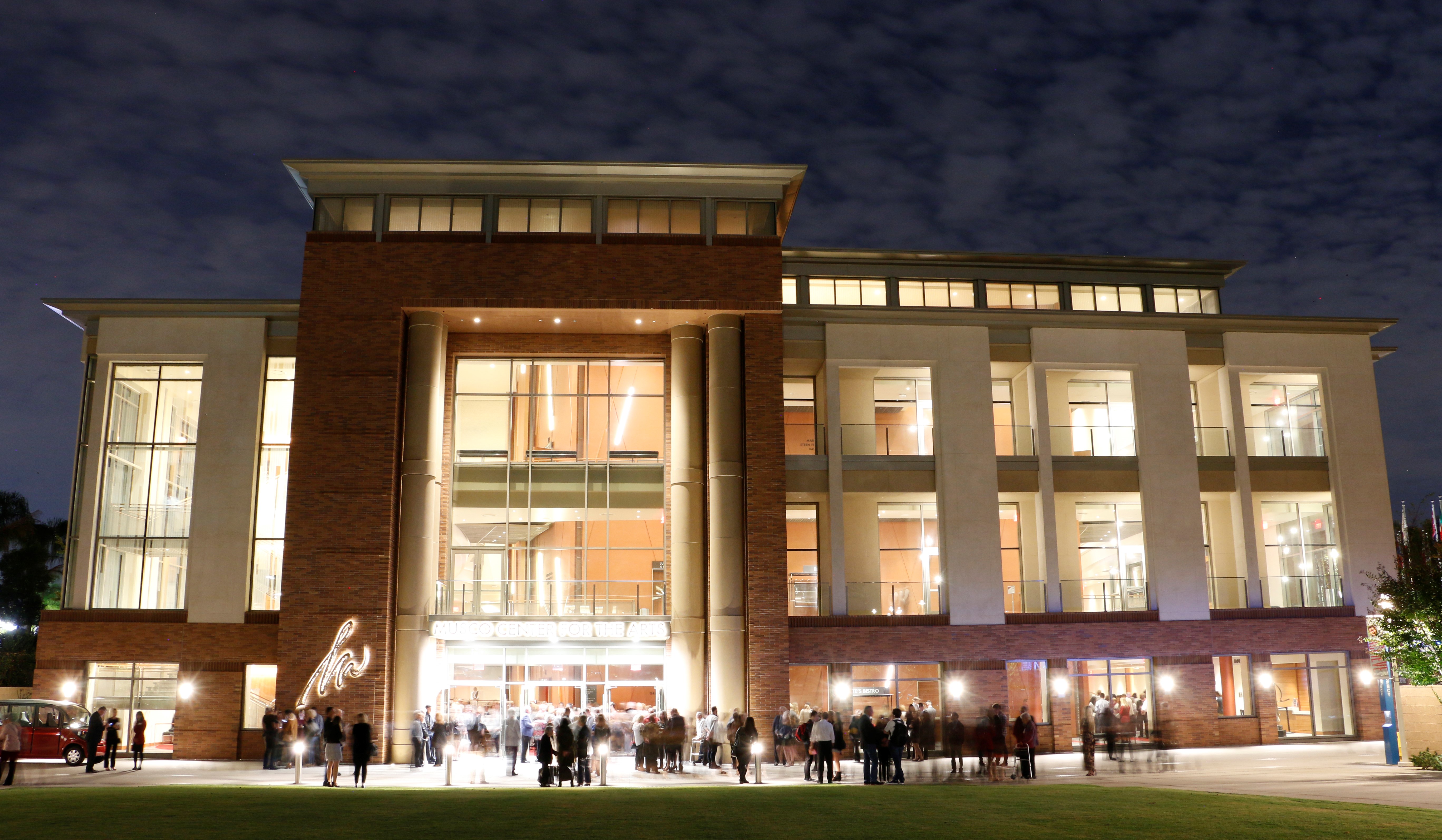 It started in the ballroom of an Anaheim hotel, where a few hundred close friends of what was then Chapman College gathered for the annual Founder’s Day event. The celebration featured a program of choral music built around a simple theme: American renewal.

The year was 1981, and it was curtain up for American Celebration, now known as Chapman Celebrates.

In the 37 autumns since, Chapman has gone from a college to a university, launched a renowned College of Performing Arts, built world-class Musco Center for the Arts and opened the Keck Center for Science and Engineering.

Chapman Celebrates also has grown into a spirited tradition, featuring a crowd-pleasing Broadway-style revue and an elegant candlelit evening attended by the county’s leading philanthropists, all to support student scholarships at Chapman. This year Chapman Celebrates takes the stage Saturday, Nov. 2, at Musco Center.

It promises to be as dazzling as ever. The 2018 Lifetime Achievement in the Arts Award recipient is none other than founding Grateful Dead member and Chapman parent, guitarist Bob Weir. Commemorative T-shirts bearing Grateful Dead-inspired artwork by Taylor Peck ’14 are on sale for $28 in the Agora Gift Shop and online at chapmanstore.com. Proceeds from T-shirt sales also benefit the scholarship fund.

As always, dedicated volunteers and students continue to raise the bar on the signature event that has raised more than $35 million in scholarship funds for deserving students.

“Every year is exciting, every year is different, and yet one thing remains the same: The lives of our students are forever changed by the generosity of donors,” says Akin Ceylan ’90, co-chair with his wife, Cyndi, for Chapman Celebrates 2018.

This year’s show salutes movie and television entertainment, and a hallmark of the production will be the considerable talents of the student performers. Early auditions and work with lead soloists began in March, and the full cast was selected at auditions held during the first week of classes.

From there it’s been nonstop rehearsals, says Giulio Ongaro, Ph.D., dean of the College of Performing Arts and producer of the show, along with award-winning playwright and actor Matthew McCray ’98.

The informal and festive Opening Night is Friday, Nov. 2, and opens with a 6 p.m. reception, followed by a 7:30 p.m. show. Ticket information is available at chapman.universitytickets.com.

Gala Night on Saturday, Nov. 3, opens with a 5:30 p.m. cocktail reception, followed by the show, dinner and dancing. For questions regarding tickets and sponsorship opportunities, please contact Tami R. Thompson at 714-744-7031 or tthompso@chapman.edu.

“The audience is really going to have fun watching it. We have two or three pieces that are heart-wrenching movie ballads,” Ongaro says.

Throughout its 37 years, the event also has paid tribute to stalwarts of Orange County philanthropy, starting in 1981 with Arnold O. Beckman and Carl Karcher, as well as the Knott and Segerstrom families.

In 1996, the gala show began to honor greats of stage and screen with the Lifetime Achievement in the Arts Award. Among those recognized have been Debbie Reynolds, Rita Moreno, Tommy Tune, Mitzi Gaynor, Jerry Lewis and Annette Bening.

Alumni are also honored at a companion “Opening Night” event always held the Friday immediately prior to Gala Night.

Among the honorees have been Ross Duffer ’07 and Matt Duffer ’07, creators of the Netflix paranormal hit Stranger Things. This year’s Alumni Achievement Award will be present­ed to Casey Kasprzyk ’01, a multiple Emmy award-winning producer of the CBS daytime drama The Bold and the Beautiful.

Display image at top/Students from the College of Performing Arts (CoPA) star in the traditional Broadway-style revue, produced by Giulio Ongaro, Ph.D., CoPA dean, along with award-winning playwright and actor Matthew McCray ’98.