Chapman Forward is a research publication of Chapman University 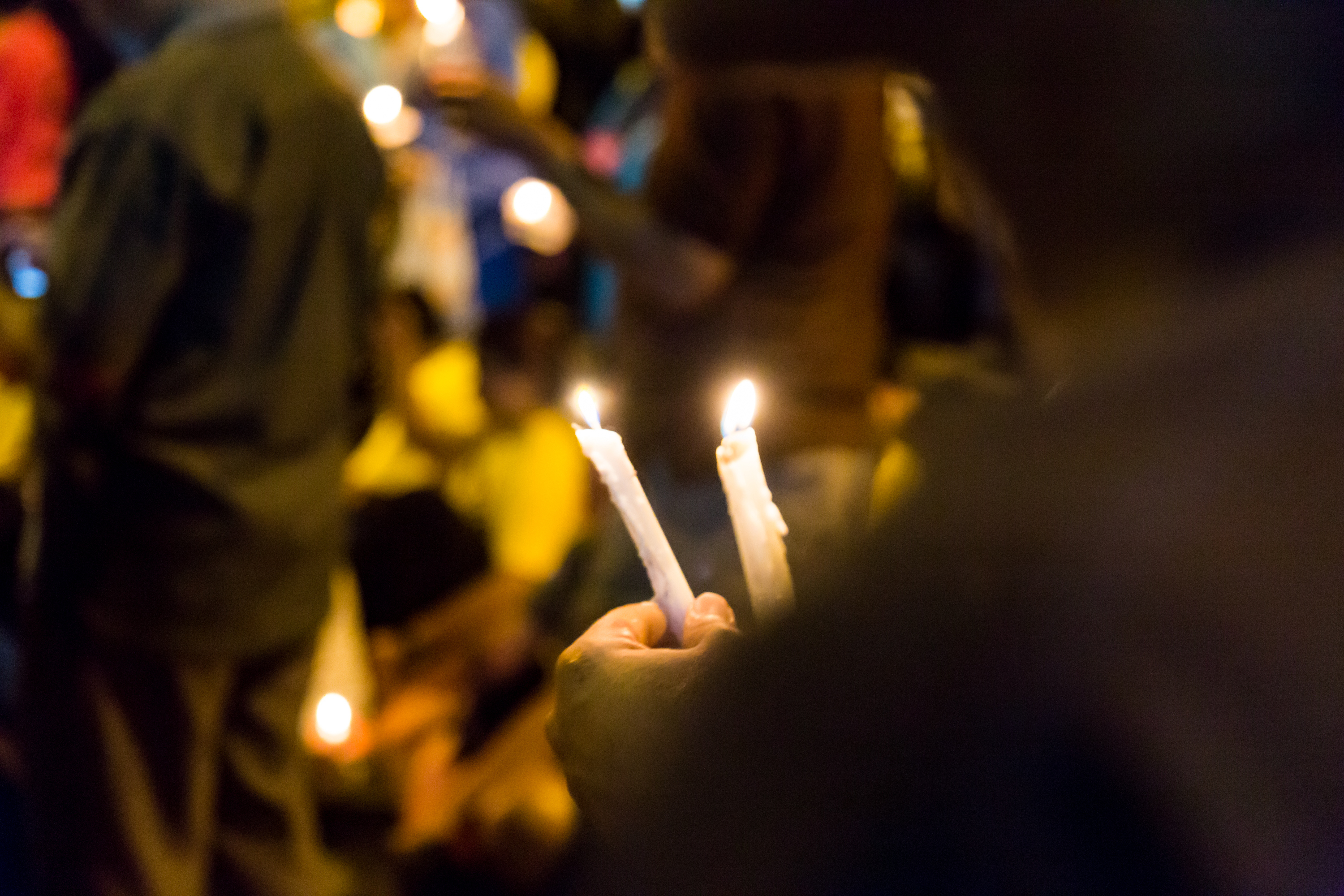 Getting to the Root of Racist Hate

Chapman University Professor Pete Simi has been to birthday parties where the cake was shaped like a swastika. He has seen a 5-year-old casually snap into a Nazi salute and heard other children recite horribly racist nursery rhymes from memory. He has listened to a white nationalist describe fits of rage so intense that after the man rained ax-handle blows on a victim, he vomited from physical and emotional exhaustion.

Chapman University Professor Pete Simi has been to birthday parties where the cake was shaped like a swastika. He has seen a 5-year-old casually snap into a Nazi salute and heard other children recite horribly racist nursery rhymes from memory. He has listened to a white nationalist describe fits of rage so intense that after the man rained ax-handle blows on a victim, he vomited from physical and emotional exhaustion.

Such are the experiences of a researcher who for more than two decades has immersed himself in the study of racist communities to unearth the roots of their extremist behavior.

Not Surprised by Charlottesville

So in the run-up to the anniversary of last August’s deadly Charlottesville, Va., rally by white supremacists, Simi has been renewing calls for vigilance and saying that we shouldn’t be surprised when racist beliefs ignite into violence.

“Charlottesville has sparked renewed attention, and people say, ‘Where did this come from?’” says Simi, Ph.D., associate professor of sociology at Chapman and co-author of the book “American Swastika: Inside the White Power Movement’s Hidden Spaces of Hate.” “That surprise I find interesting. I can’t tell you how many times people have told me, ‘I didn’t even know these groups still existed.’ It’s clear that our awareness has been deficient, because they’ve been around all along. We just weren’t paying attention.”

Simi’s research includes observation at events like the “Unite the Right” rally last Aug. 12 that resulted in the death of a counterprotester when a car plowed into a crowd of activists. Video of the incident in Charlottesville shocked the nation.

Simi was at a conference of the American Sociological Association in Montreal when his phone started buzzing with notices of the Charlottesville violence. In the days that followed, he was sought out by numerous reporters and others trying to sort through the motives of those emboldened to publicly express racist hate. Most recently he was among the experts featured in the documentary series “Documenting Hate: Charlottesville” produced by Frontline and ProPublica.

Over the years, Simi has conducted more than 100 interviews with a wide range of adults who are former members of white supremacist groups. The 20,000 pages of life histories he and his team have compiled reveal unmistakable trends.

“They tend to have common vulnerabilities from childhood,” Simi says of those he studies. “We see high levels of physical abuse, sexual abuse, parental neglect, family substance abuse problems – all the things we’ve known for decades have detrimental consequences.”

In fact, about 80 percent of the former white supremacists he has interviewed say they experienced childhood traumas. Two-thirds share that they have a history of substance-abuse and/or attempting suicide, and half report witnessing serious acts of violence, experiencing physical abuse, being expelled or dropping out of school.

Have history of Substance Abuse and/or Attempting Suicide

Sociologist Pete Simi tracks the many ways hate groups communicate and recruit, including via graffiti.

Unresolved trauma can become particularly volatile when it mixes with desensitization, adds Simi, who has a background in mental health assessment. “When they hear the N word at home, when they hear their parents say that blacks are more prone to criminality, when they hear these racial epithets, it provides them with familiarity,” he says. “So when they come in contact with these white supremacist groups, they’re primed for it.”

Over time, those who were drawn to hate groups sometimes sour on the life and see their views shift toward tolerance. Even after they leave and try to start anew, however, it can be hard to change their thinking, Simi says. Some experience symptoms of relapse that mirror those of drug addicts.

They keep thinking the way they did, even though they don’t want to anymore”

One former group member recounted such an experience when a fast-food restaurant messed up her drive-through order. She went inside to get it straightened out, and a Latina employee tried to show her that the order was actually correct.

“The former white supremacist just goes off,” Simi says. “She starts shouting racial epithets, and the next thing she knows she’s heading out the door giving a Nazi salute and yelling ‘White power!’ By the time she gets to her car, it’s like she has come to, and she starts crying – she’s feeling so ashamed.”

Some of those he has interviewed fear they might have brain damage. “When you’re exposed to this kind of powerful environment, it stands to reason that it’s going to have neurophysiological consequences,” Simi says. “But in terms of research, we don’t really know.”

He hopes to get the funding to build on a pilot study in which MRI and EEG results were recorded while subjects viewed visual triggers.

“If it’s true that experiences continue to impact responses, it could have real implications for how to do interventions,” Simi says.

It’s just one way that Simi’s research is evolving. For instance, since Charlottesville he and his team have started doing more interviews with subjects in their late teens and early 20s. There’s a sense that people in these age groups are becoming more vulnerable to recruitment.

“With the proliferation of social media platforms and some of the changes politically, do we have a different background profile for those getting involved? That’s one of the questions that has yet to be answered,” Simi says.

One thing Simi is sure of: White supremacists see a green light for sharing their message in this time of political extremism. And those seeking converts are getting more sophisticated in their approach.

“Just look at the term ‘alt-right’ and how it’s been promoted by Richard Spencer, a white supremacist by any definition of the term,” Simi says. “The term has been promoted so heavily so it could have a more insidious, veiled influence on people.”

Simi plans to be on hand to observe “Unite the Right 2,” scheduled for Aug. 12 outside the White House. Spencer led a march of white supremacists through the University of Virginia campus a year ago but has said he won’t attend this year’s “white civil rights” rally.

Simi has words of caution for those who would counter-protest. He suggests following the lead of the Anti-Defamation League and holding a rally with a positive message at the same time in a different location.

For the folks holding these (white supremacist) rallies, confrontation is like oxygen, especially when it turns violent,” he says. “It’s exactly what they’re looking for if they can spin it so they’re the victims.”