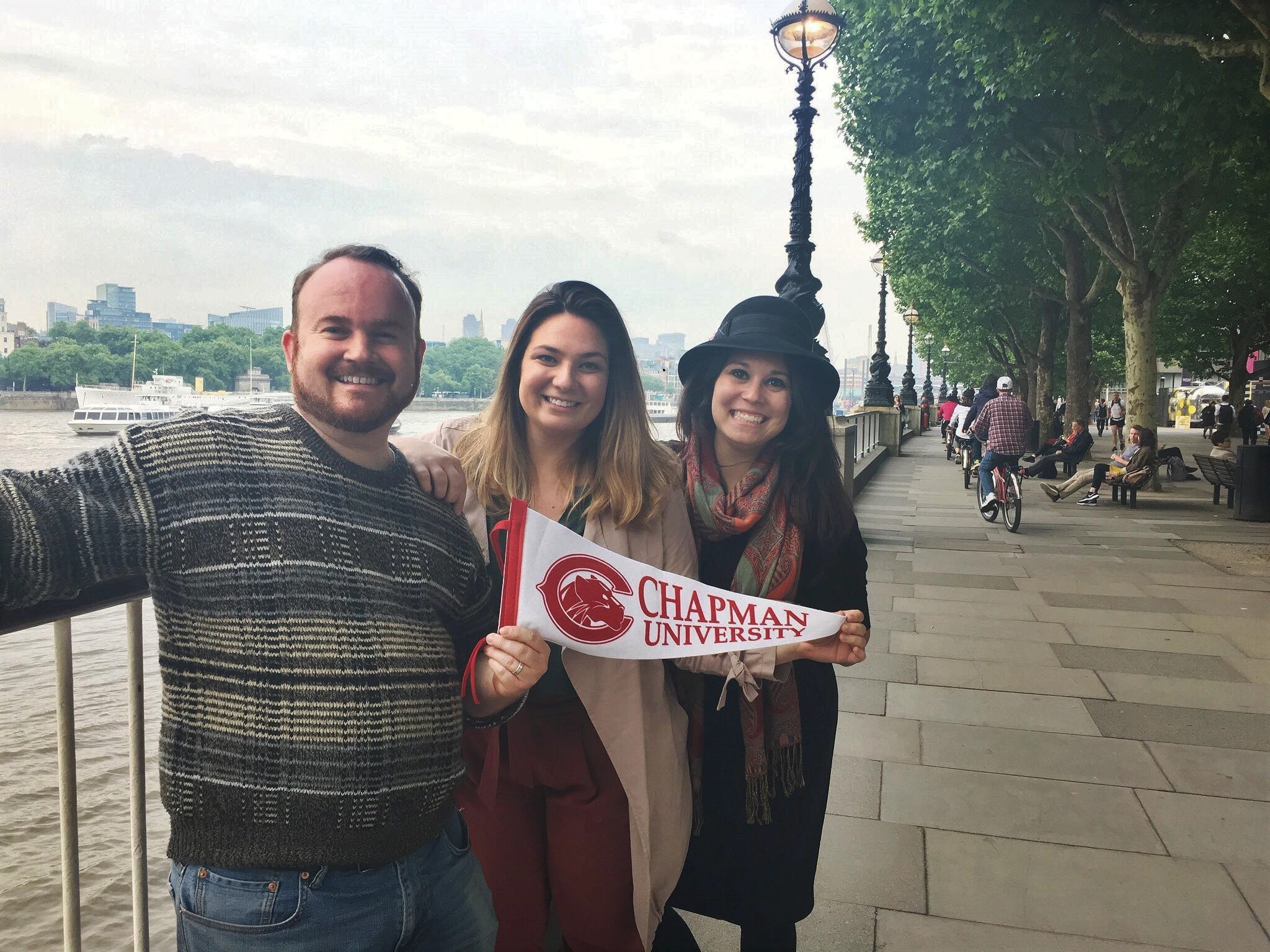 The three theatre majors in Chapman’s College of Performing Arts never crossed paths at the University. Which isn’t so remarkable, since they came and went at different times. What’s special, though, is that the alumni are now the playwrights and producers of a unique stage production opening this summer in London.

And what’s the play about? Incredibly, the power of connections.

“The Laundry,” written by Brandon Force, Nicole Palomba and Audrey Thayer, is a play in three acts, with each writing one section. The time and settings of the stories vary and could stand alone, but all explore how women connect in adversity, friendship and life in general.

“There are links between the three. The evening will feel tied together,” says Palomba ’15, who enrolled at Chapman in 2007 and returned later to finish her degree.

Thayer ’15 focuses her story around her Grandmother’s childhood experiences in Latvia. Force ’05 explores the weight of family expectations. Palomba creates a character who desires but cannot conceive children.

And the task of laundering will be evident on stage throughout, literally as the actors scub clothes according to the era in which they live, and otherwise.

“It’s a domestic task that’s been a female job for centuries. And they’re airing their dirty laundry, letting it all hang out and at the same time washing themselves clean of the past and what their individual issues are,” Thayer says.

Serendipity and timing helped spark the project, which opens July 17 at the Drayton Arms Theatre in London. Tom Bradac, a Department of Theatre professor each had studied with, introduced the three in London over breakfast and they kept in touch. The project developed quickly, starting in May when Thayer, who works at the Drayton Arms, learned of an unexpected opening in the venue’s summer schedule.

“It’s quite an intensive rehearsal schedule,” says Force. “But I think that’s going to benefit the production. The nature of the rehearsal process means the actors will get really close and this play is so personal, I think it will be useful.”

On with the Show

For now, the alumni are readying for the debut of “The Laundry.” But once a Chapman connection is made, there’s no telling what might come next. The three say they are looking for opportunities and venues to produce the play again. Together, of course.