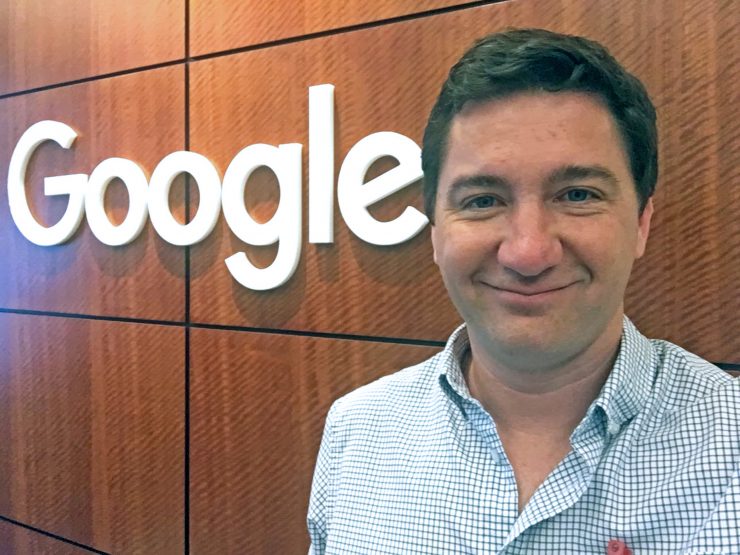 Dialed in to Solutions

When Reagan Williams was 12, he didn’t have the music-on-the- move luxury of Spotify or MP3 players. So he did what any other overachieving 12-year-old would do. He built his own FM radio station.

No, really, he did. And suddenly he and his friends in rural Nuevo, Calif., could listen to Nirvana, Pearl Jam and Foo Fighters as they traversed every corner of their unincorporated community.

To this day, at the intersection of ambition and audacity, you’ll find Reagan Williams ’06.

Now the head of solution engineering for Google, Williams works with many of the most innovative companies in the world, developing products that help them get the greatest impact from their Google advertising dollars.

“We do a pretty decent job of capturing revenue, and on the outside it may seem like it’s seamless, but we have some really interesting engineering problems to solve,” Williams says.

His teams deal with hundreds of billions of data points, “if not trillions,” he notes.

Keeping up with the pace of the work has never been a problem because Williams is at home in Silicon Valley’s culture of achievement.

“We’re working on problems that affect billions of people,” he says. “The magnitude of that impact is not lost on me.”

The son of an industrial engineer, Williams accelerated his own expectations as a sophomore at Chapman when he landed in Professor Erik Linstead’s data structures class. Linstead, Ph.D., was fresh from his graduate studies at Stanford, where some of his classmates assumed that his Chapman undergrad experience wasn’t as rigorous as theirs.

“Erik knew the perception was wrong, so he probably overcorrected in his teaching,” Williams recalls. “He said, ‘Starting today, I’m going to give you my master’s level experience,’ and he never relented on that. It teed me up for a different kind of pace.

That class was fantastic. I probably eked out a B, and it definitely took a lot of growth to get it. That experience set me up for the rest of my classes.

“Why take a class unless it pushes you outside your comfort zone?” Williams went on to get a master’s in computer science from Harvard, which he still serves as an advisor to the program’s teaching assistants. In that role, as in his work at Google, he troubleshoots a wide range of problems. But the solutions probably aren’t any more satisfying than when he worked with his dad to develop an FM transmitter because he found the other mobile-music technologies of the time totally inadequate.

“We were definitely not up to FCC code,” Williams says of his station. “I hope we’re beyond the statute of limitations.”