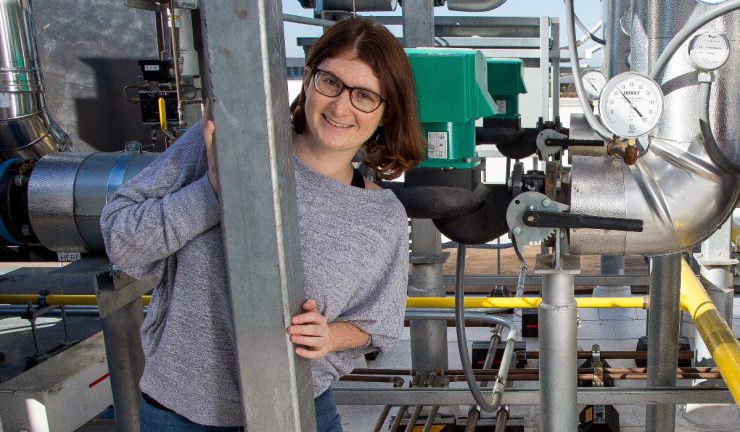 Beyond the Google Gauntlet

At home with newborn twins and fresh out of work after her job with a mobile-app startup ended, Lindsey Hughes ’10 (M.S. ’13) decided to crack a book.

Her selection was Cracking the Coding Interview: 189 Programming Questions and Solutions by Gayle Laakmann McDowell, a software engineer with experience at Google, Microsoft and Apple.

Hughes, a former adjunct instructor in computer science at Chapman University, has succeeded in a field where she is sometimes the only woman in the room. Amazon and Boeing already were on her resume, but there was a key door that hadn’t opened.

“I’d been trying to get into Google for a while,” she says. “This time around, I was on maternity leave and decided to go all out and really study for a month straight.”

Interviewing for a software engineering job is a lot more than a getting-to-know-you visit: It’s a gauntlet. At Google, it’s a gauntlet squared, and plenty of employees didn’t make it on their first try.

“For most of the big companies, it’s a full day; you interview with maybe five different people and each interview is about an hour,” Hughes says. “You’re usually whiteboarding problems, and a lot of times each person is testing you on different things.”

Companies are looking for knowledge of data structures and algorithms, programming languages and, of course, coding skills and problem-solving ability under pressure.

Hughes made the cut. She started in December at the Irvine offices of Google, where women hold only 20 percent of technical jobs.

“It’s growing, for sure,” Hughes says.

And her precise duties? That would be a Google secret.

“It’s an internal project,” is all she can say.