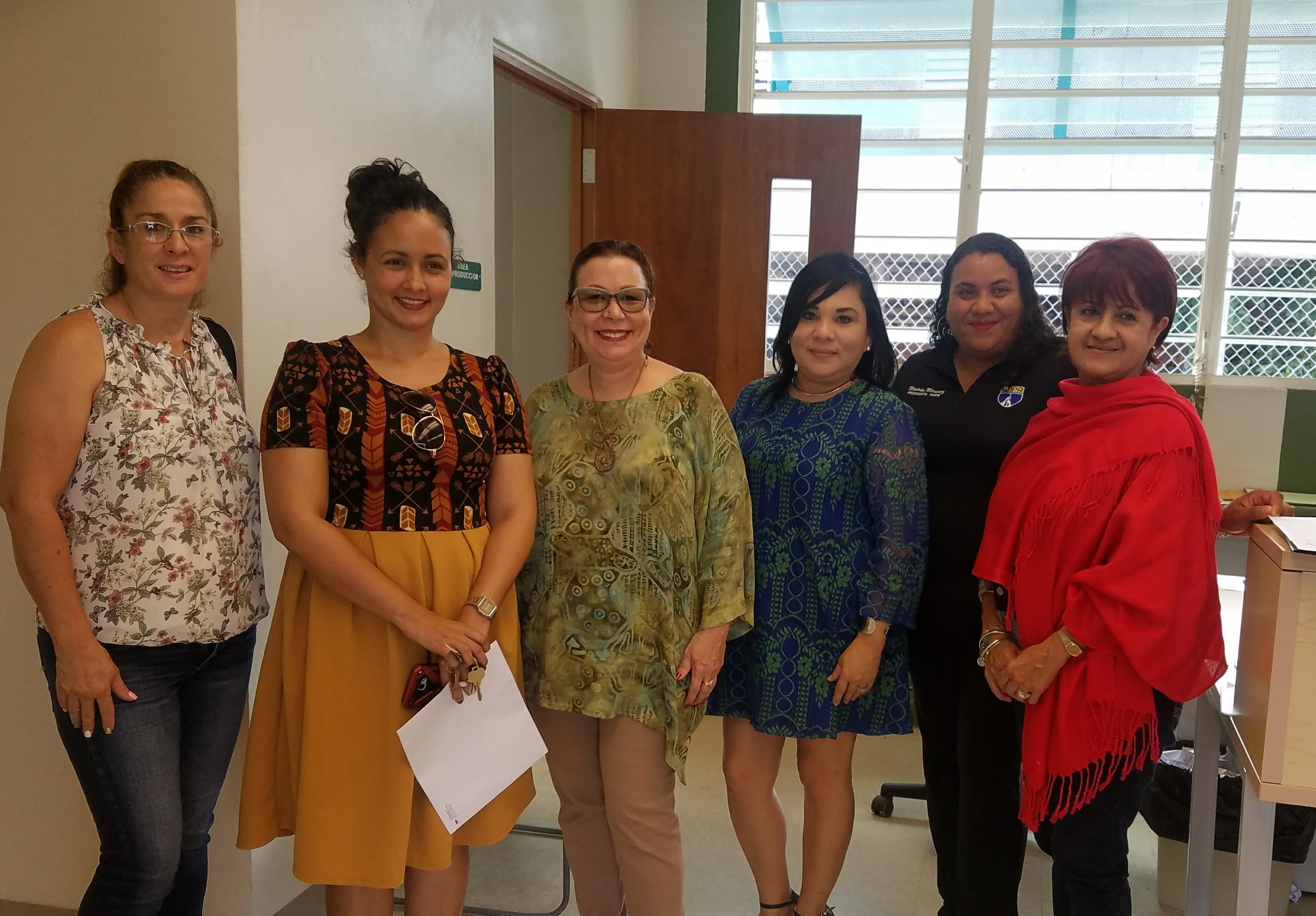 It was supposed to be a wonderful vacation. As Anaida Colón-Muñiz, Ed.D., planned her January trip to Puerto Rico, the Chapman University associate professor looked forward to seeing loved ones, visiting favorite historic sites and enjoying the delicious coffee grown in the volcanic soils of her homeland.

Then Hurricane Maria hit in September, devastating the island and plunging its 3.4 million residents into a crisis of food shortages, intermittent power outages and an ongoing struggle to repair roads, bridges and communications systems. As winter break drew near, family and friends encouraged her to visit nonetheless. But Colón-Muñiz changed some of her plans.

As a board member with the National Conference of Puerto Rican Women, Southern California Chapter, she helped lead a fundraising effort that netted $25,000 for a variety of relief efforts on the Caribbean island, including $10,000 earmarked for schools. Among the supporters were faculty and staff of the Attallah College of Educational Studies, where Colón-Muñiz teaches.

Her national organization was wary of donating the money through agencies, so her holiday travels were adapted into a service trip. Together with the president of the Federation of Teachers of Puerto Rico, she visited five remote schools beyond the reach of the first brush of relief efforts and put checks directly into the hands of school administrators.

Most schools she visited had just reopened, largely thanks to the hard work of teachers and families. Stopgap repairs still beleaguered some buildings, but families were eager to return. Sitting in her Reeves Hall office at Chapman, tears roll down her cheeks as she recalls the community effort.

“The amazing thing was how much they wanted to get back to their teaching and to their kids and how much better the kids were feeling just being surrounded by their peers, because those kids were traumatized. It was a traumatizing experience. The kids would cry when it would rain because they would be afraid that it was going to happen again,” she says.

Hunger for school was literal, too. Even before the hurricane and the disruption of food supplies, many children relied on subsidized meal programs offered at the schools.

“The communities were very anxious. … It was a dire situation for them,” she says.

Colón-Muñiz says the donations were relatively modest but deeply appreciated by school principals. Most planned to put them toward continued building repairs or immediate replacement of school supplies.

The scenes she witnessed during her visit sparked conflicted emotions for Colón-Muñiz. She was heartened by Puerto Ricans’ determination, but frustrated by the lack of coordinated relief assistance for the unincorporated U.S. territory where native-born residents are U.S. citizens. As an educator, she is also alarmed by efforts to transfer Puerto Rico’s educational system to a privatized charter school model.

Back on the mainland, Colón-Muñiz is working on another outcome she hopes to see grow from the trip – increased awareness of Puerto Rico’s complicated economic and political status as a territory. Part of those efforts may include creating a proposal for a travel course that would double as a student service learning trip.

Puerto Ricans have much to teach about resiliency, she says.

“Everywhere you go there are signs that say ‘Puerto Rico will rise up,’” she says. But there are other signs. Scanning through photographs from her trip, she pauses to translate song lyrics painted onto a colorful poster she photographed.

She points to the photo and reads: “Puerto Rico doesn’t have to rise up. It has never fallen.”