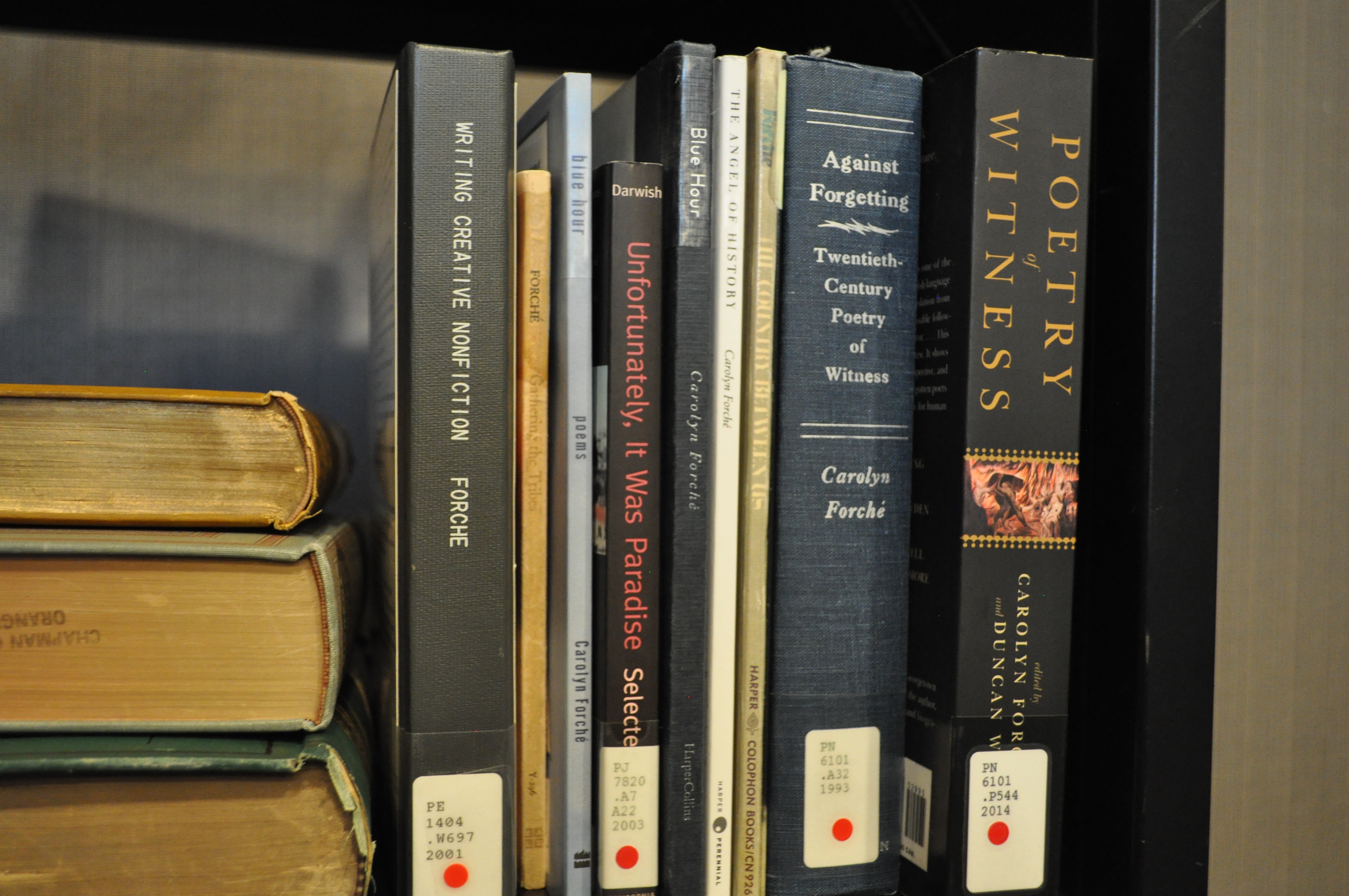 Poet Carolyn Forché on shaping our humanity in a harsh world

An education prepares us for life and work. Yet no class could have readied poet Carolyn Forché for the moment in El Salvador in 1978 when a military man dumped a sack of human ears onto the table where they had just dined on rack of lamb and good wine.

The young translator turned that experience into the prose poem “The Colonel” – an extraordinary witness to the climate of violence in El Salvador that spilled into a 12-year civil war in which thousands of civilians, including priests and nuns, died at the hands of the military. It is a poem one must read or hear for one’s own: No summary can prepare you for its power.

Educating ourselves for the as-yet unimagined – a job opportunity, a grave diagnosis, a new technology, a dinner host with a gun – is a complex but pressing undertaking that Forché, a Chapman University Presidential Fellow in creative writing, also addressed in her keynote speech to student participants, faculty mentors and invited guests during the Office of Undergraduate Research and Creative Activity’s Student Research Day.

Forché, a “poet of witness” and director of Georgetown University’s Lannan Center for Poetics and Social Practice, will examines how war “craters our memory and changes our language in brutal ways.”

During this two-week stay on campus, one of a series of visits she’ll make as a Presidential Fellow, Forché met individually with student poets from the MFA program and gathered for a wide-ranging conversation with the nine undergraduates in a Caribbean literature class taught by Mildred Lewis, assistant instructional professor of English. Together, Forché and the small group analyzed a poem by Jamaican poet Claude McKay, watched a video of Calypso king Harry Belafonte, and spoke about how even the horror of the Holocaust is a subject for poetry. The words of poet and Holocaust survivor Paul Celan, Forché said, are “chiseled down to the bone, very brief and very devastating, language put under pressure.”

Poetry is no relic

Forché’s career has been built largely on the understanding that poetry is not separate from the workings of the world, that the great poets are not all dead. Though there is much urging in the era of six-figure college educations for students to choose a marketable major, a career in such fields as science and business is nonetheless enhanced by broader underpinnings. Forché urges us not to think of education as a task to finish.

“What it requires is to take ownership of one’s own education as early as possible, rather than imagining that you’re obeying orders or fulfilling requirements or even earning grades, but rather you’re beginning to assemble the equipment that you’ll need for the rest of your life,” she said. “I don’t even want to use the word equipment, because that’s the wrong metaphor — the skills, the inquisitiveness. You are building your inner subjectivity, in a sense forming your own consciousness, and you have a great say in that. I want to talk about how you have a say in that.”

Contemporary life requires agility, and it may be less important to be proficient in a particular software program than it is to be well equipped to quickly master or even invent the next one. Consider that the Information Age requires coders, but it also spawned demand for cybersecurity experts and fact-checkers.

“Who’s to know, right? I mean, nobody knows what there’s going to be a shortage of in the future,” Forché said. “What happens is, if you’ve ever been on a small boat, if everyone runs to one side of the boat at the same time, the boat will tip over. If everyone flocks to the same professions, there will be far too many people. It isn’t a wise thing to try to imagine what kind of utility your education will have. It’s far more important to shape your consciousness and to understand your engagement with the world and to develop that engagement and to provide yourself with what you need.”