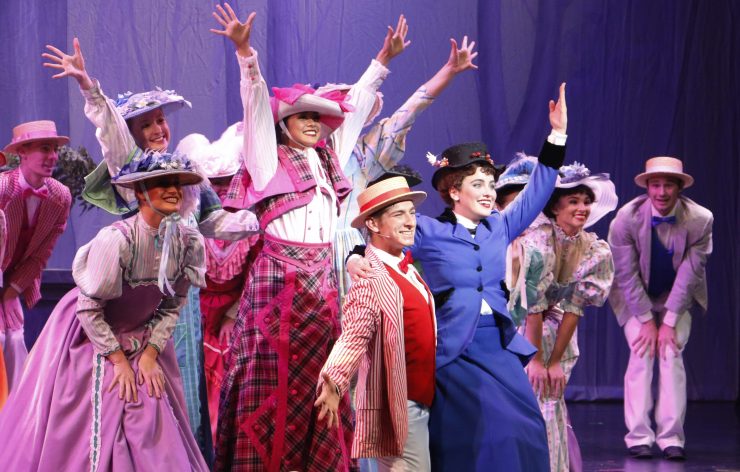 Imagination and fantasy were the themes of Chapman Celebrates 2017, but one more could be added to that lineup – stellar alumni. One of the great highlights of Chapman University’s annual Broadway-style stage revue and gala benefiting student scholarships is its salute to leaders in the worlds of creative arts and philanthropy. This year that tradition was especially sweet as alumni received the top awards and triumphed in the production of the show as well.

The event recognized Sarah Ann Fowler and Dale E. Fowler ’58 with the Citizens of the Year Award, and Ross Duffer ’07 and Matt Duffer ’07, creators of the Netflix hit series Stranger Things, with the Alumni Achievement Award. And for the first time the show was produced, written and directed by Matthew McCray ’98, an award-winning playwright and actor.

Together, the alumni embodied the best of the University mission and vision, as well as the themes of imagination and fantasy, said Chapman President Daniele Struppa.

“How appropriate it is that each of our honorees, Dale and Sarah Ann Fowler and Matt and Ross Duffer, has inspired us to use our imaginations – the Fowlers through their immense philanthropic support, and the Duffers through their award-winning talents in television production,” Struppa said. “Each of them possesses almost otherworldly abilities to transform, be it their community or their industry.”

The gala event is famously stylish, from a reception under the sparkling lights adorning Attallah Piazza to a multi-course dinner in an elegant tent positioned at the steps of the University’s historic Memorial Hall. But the honorees captured hearts with simple stories of student experiences that set the stage for their success.

For Matt and Ross Duffer, it was gratitude for Dodge College of Film and Media Arts, which let them work as a team and nourished the wild imaginations that led them to the runaway hit series Stranger Things.

“I can’t stress enough how important it is to have teachers who believe in you early on,” Matt Duffer told the audience.

For businessman Dale Fowler, whose gifts have named both Chapman’s law school and its future school of engineering, it was the inspiration and memory of a beloved business professor who challenged students to trouble- shoot real-world business problems. Then at Commencement, the professor leapt from his seat to give Fowler an unforgettable hug.

“He stood up and I thought he was going to shake my hand, but he gave me a bear hug, and I’d never had that happen before. And he said, ‘You’ll do fine, kid.’ And I’m still trying,” Fowler said.

Fittingly, the other stars of the night were the student performers from the College of Performing Arts. The 16 musical numbers in the show ranged from the campy “Song That Goes Like This” from the comic musical Spamalot to an inspiring performance of “Over the Rainbow” by Milan McCray ’19 (no relation).

Since its inception, the gala event has become an over-the-top success, welcoming nearly 60,000 attendees and raising more than $35 million for student scholarships.

Display image at top/Jonah Almanzar ’20 and Emilia Bartelheim ’18 make it a jolly holiday with “Supercalifragilisticexpialidocious” from Mary Poppins. (Photo by John Saade)

Watch the behind-the-scenes of the Chapman Celebrates 2017 show: 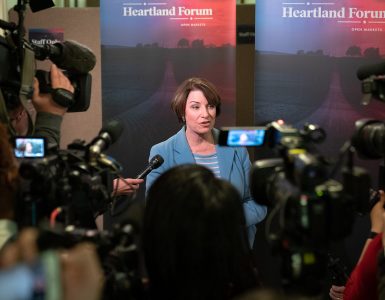