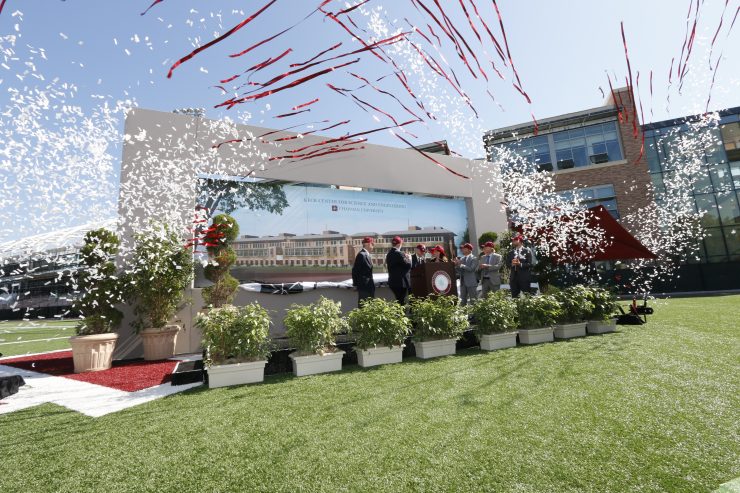 Sometimes it’s hard to imagine the impact of a transformational gift – to see the vision behind celebratory handshakes or ceremonial groundbreakings.

But not so when Chapman University supporters, friends, faculty and students gathered this September to hear the announcement that the W. M. Keck Foundation had given $21 million to name Chapman’s new Keck Center for Science and Engineering.

The historic moment unfolded on Wilson Field with the fast-rising Center as a backdrop, complete with the hammering sounds of construction in the air. These are the tangible signs that a new era of science education is less than a year away from fruition.

Such sights and sounds are emblematic of the energy at Chapman that led the Keck Foundation to connect with the University and name the state-of-the-art facility, said Robert Day, the foundation’s chairman and chief executive officer.

The $21 million gift represents the foundation’s first major naming in Orange County and an expansion of its impact on scientific and medical research and education. Among its projects over the past 60 years are the Keck School of Medicine at USC, the Keck Institute for Space Studies at the California Institute of Technology, the Keck Graduate Institute at the Claremont Colleges and grants for projects at UCLA.

“The support from Keck will help us take our place among the most established institutions in the country,” said Chapman University President Daniele Struppa.

In addition, a number of informal meeting areas, lounges and glass walls with open views to working labs will grace the building. Such open-style architecture is necessary in contemporary science education, says Andrew Lyon, Ph.D., dean of Schmid College.

“We understand as educators that peer- to-peer and mentor-to-mentor relationships are vital to the process of learning, both inside and outside the classroom,” he says. “Having a building that has space intentionally allocated to (team) and group learning relationships, which may occur in an ad-hoc fashion, is extremely important.”

The naming gift follows the February announcement of the future Fowler School of Engineering, made possible by philanthropist and alumnus Dale E. Fowler ’58 and his wife, Sarah Ann. 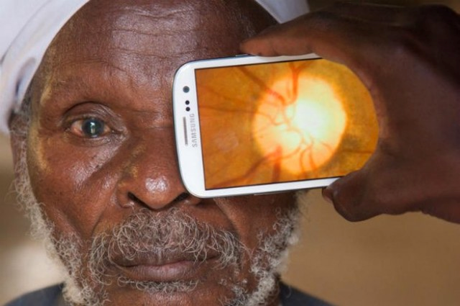 As designers and builders themselves will tell you, it takes time to grow an engineering school. Among other things, you have to hire faculty, develop curriculum and plan facilities. But the good news is that the elements are in place for Chapman University’s Fowler School of Engineering to have an immediate impact.

Initially, students and courses from Schmid College’s thriving computational science and software engineering programs will likely seed the engineering school, along with the momentum of the Grand Challenges Initiative (GCI) launched this year. GCI is an experiential and project-based learning effort in which students from all the sciences, including software engineering, spend two years tackling a significant undertaking, question or problem.

Likewise, biomedical and healthcare engineering can build from research underway in the School of Pharmacy.

The aim is to help fill the growing demand for engineers in California.

“Grounded in the Grand Challenges Initiative recently introduced in the Schmid College of Science and Technology, Chapman engineering programs will offer a unique multidisciplinary curriculum that will emphasize innovation,” says Chapman Provost Glenn Pfeiffer, Ph.D. “Our goal is to graduate engineers who possess the critical-thinking, teamwork and leadership skills necessary to compete in a rapidly changing career landscape.”