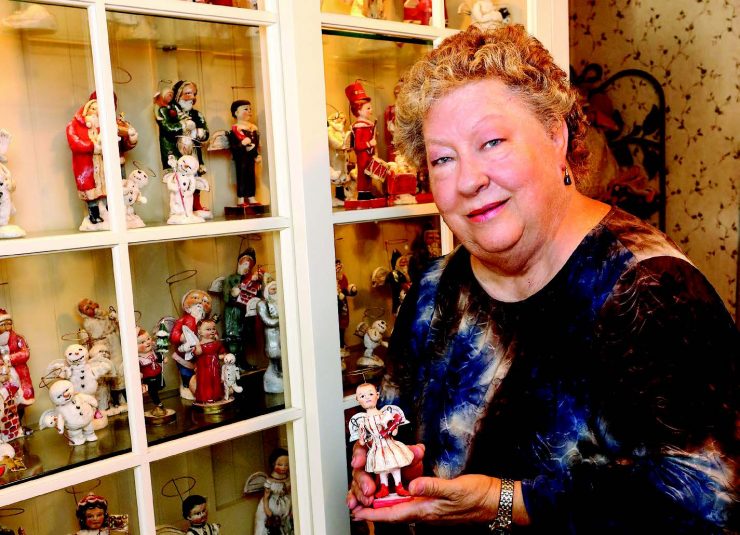 Donna Ford Attallah ’61 calls it “this little story” she likes to tell. Ever the teacher, she tells it because it contains a good lesson.

It began when she was a young woman about to start college and won a $200 scholarship from Bekins Moving & Storage. When company executives met with her and a handful of other students to bestow the awards, they shared one wish: As you are able, please find a way to pay the gift forward.

“They planted that seed in me,” says Attallah, now a Chapman University trustee. Attallah used the scholarship to help pay her way through Chapman, where she earned a bachelor’s degree in education and launched a teaching career that spanned 40 years.

Fast forward to today and it’s exquisitely clear that the retired schoolteacher heeded that early call to philanthropy. Over 35 years, she and her late husband, school psychologist Fahmy Attallah, Ph.D., gifted Chapman University with $15.5 million, a generosity honored this fall with the naming of the Donna Ford Attallah College of Educational Studies.

The couple’s dedication to Chapman previously led to an endowed professorship of education and the naming of the arts and humanities library within Leatherby Libraries, as well as the University’s iconic Attallah Piazza at the heart of campus.

She traces it all back to the experience of receiving that $200 gift. Such scholarship support is an ongoing interest for her, and when she meets students who have benefited, she tells them it’s a gift happily given, but one that comes with a wish for the future.

“I always tell them this little story,” she says. “Whatever I give you is a gift. I do not expect you to repay me. But I do request of you that, when you can, you reach out and help someone else.”

But how did two educators manage to acquire the financial wherewithal for their philanthropy? The easy-going Attallah smiles.

“It was just a little bit here and there at first,” she says. “And my husband’s hobby was buying apartment houses.”

First came diligent saving and elbow grease as they spruced up those early purchases. They even opted out of a world cruise for their honeymoon and used the money for a down payment on their first apartment complex, which Attallah still owns.

Eventually, the investments served them well and resulted in other stories Attallah loves to tell. Turns out, her husband was no handyman, something she discovered when he tried to remove a decorative plate over an air vent, using a screwdriver like a hammer.

“I heard fumbling and banging and wasn’t quite sure what was going on,” she recalls with a laugh. “I, on the other hand, had worked alongside my dad when he built a couple of houses we lived in. So I did all the maintenance on the apartments. I enjoyed it.”

Professionally, Attallah remained especially passionate about the youngest students in the Cypress School District, where she taught kindergarten and first grade. She’s convinced that the lifelong lessons of kindness, teamwork and, yes, generosity, are best taught in that short, sweet sliver of childhood.

“Those are things you don’t learn later in life. You learn it when you’re young. And if you skip that part, it is very hard to get it back again,” she says.

Happily for Chapman, Attallah learned that lesson early, too. And as a great educator, she’s still teaching it well.

Display image at top/Chapman University Trustee and philanthropist Donna Ford Attallah ’61 is an avid collector of angel figurines, some of which Leatherby Libraries has displayed during winter holidays. (Photo by Challenge Roddie)