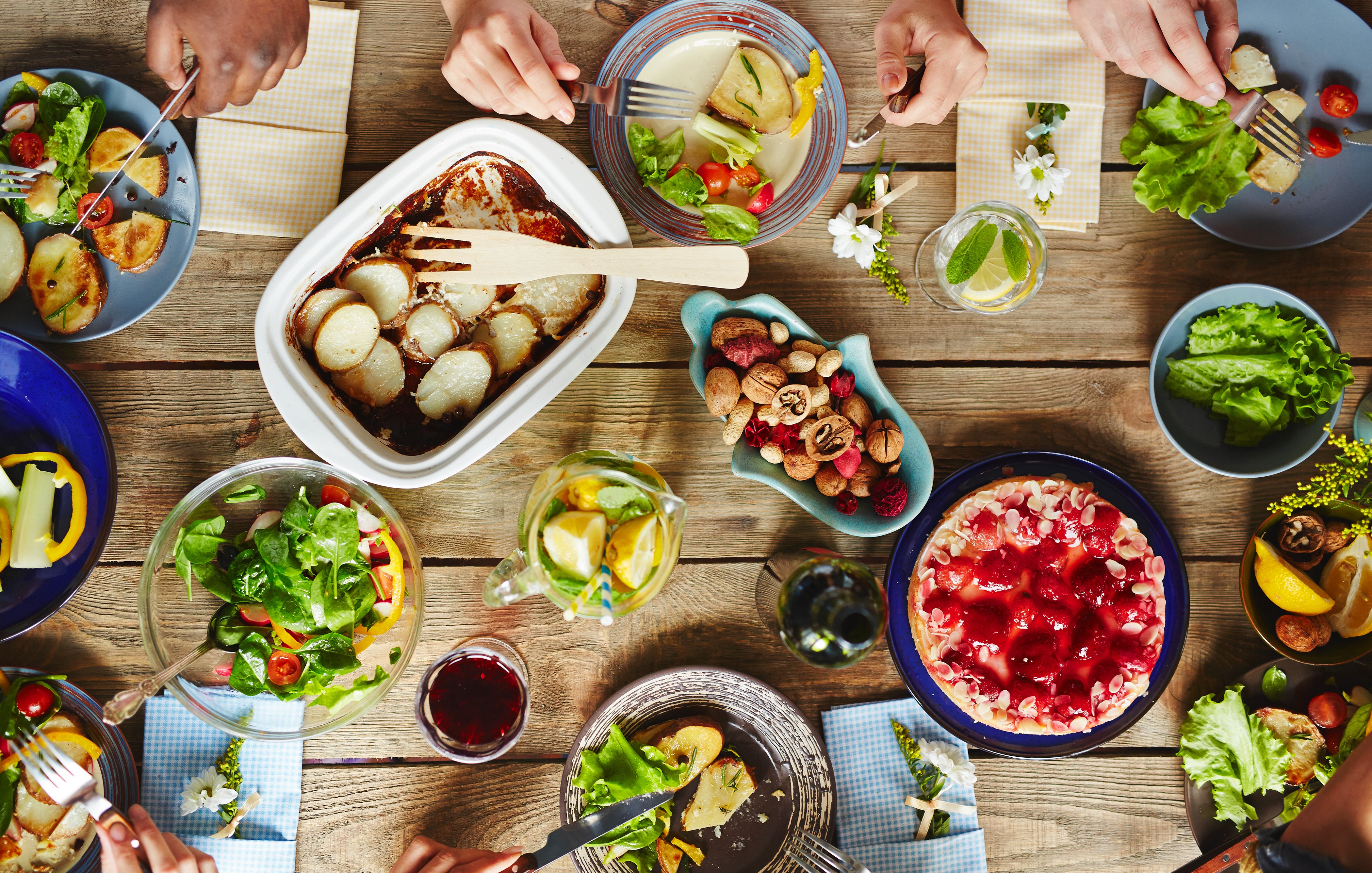 What we bring to the table International students explore Thanksgiving traditions, sometimes with contributions of their own

A graduate student from Cameroon will join family and friends for Thanksgiving bearing a turkey marinated in a special blend of spices she brought from her homeland.

“You wouldn’t find it here,” said Joele Atonfack (M.S./MBA ’18), who is pursuing a joint master’s in food science and business administration. “It just has a different flavor. I cannot describe it.”

A Romanian law student, Laura Nuta (LLM ’18), said she would take sarmale, the cabbage rolls her American boyfriend loves, to dinner with his family if only she could find the pickled cabbage in stores. “That’s the secret,” Nuta said.

Kripa Koshy (MFA/MBA ’20), a film and television producer from India seeking a joint degree in the Dodge College of Film and Media Arts and the Argyros School of Business and Economics, thinks of traditional dishes from her homeland.

“I’m a south Indian Christian, and any celebration for us includes our very popular Lace Appam/Pal Appam and chicken stew. “It’s often prepared at weddings, for harvest celebrations and at Christmas,” Koshy said.

For Chapman University’s international students, Thanksgiving is sometimes an unfamiliar feast – “Is it raspberry? Or cranberry?” said Winnie Woo ’18, an undergraduate from Hong Kong more familiar with the Chinese tradition of mooncakes and the Mid-Autumn Festival.  Whatever their heritage, many will find a way to gather with friends.

Any Chapman students without holiday plans, no matter where they’re from, are invited to join Dean of Students Jerry Price and others for a traditional Thanksgiving dinner of roasted turkey, stuffing, mashed potatoes and pumpkin pie (vegan and gluten-free options available) hosted by the Student Union from 2 p.m. to 4 p.m. on Thursday, Nov. 23. (RSVPs were requested earlier, but Chapman students can still contact Molly Stead, guest relations coordinator, at studentunion@chapman.edu for information.)

Even for students born and raised in the United States, the shifting traditions and mythology of the American harvest feast can be confusing.

A small group gathered in the Cross-Cultural Center on the third floor of Argyros Forum the week before the holiday to listen to program assistants Arianna Ngomire ’19 and Alejandra Cortes ’19 led a discussion on “Decolonizing Thanksgiving,” exposing some of the historical inaccuracies perpetuated every time children make Pilgrim hats and Indian headdresses in kindergarten classrooms.

For one thing, they explained, venison, or deer meat, was likely the main dish along with various fowl, perhaps including wild turkey. For another, of course, Native Americans suffered at the hands of Europeans, through loss of lands, conflicts and the introduction of new deadly diseases. And Thanksgiving, though first celebrated in 1621, grew in stature slowly over the years, from George Washington’s proclamation for “a day of public thanksgiving and prayer” on a Thursday in 1789 to Abraham Lincoln’s 1863 declaration of the first Thanksgiving national holiday as he sought to unify a war-torn country. (Giant balloons and a parade on the streets of Manhattan came much later.)

A welcoming table — or a trip to the mall

In a way, the classic American holiday began as a multicultural feast and hasn’t stopped evolving.

Cortes was born in the U.S., but “my mom is from Mexico and I had no idea what Thanksgiving was until I got to school,” she said. Her family has two Thanksgiving feasts, one with foods such as enchiladas, pozole, albondigas or birria and another with turkey – usually in December.

Abby Tan ’20 grew up in the U.S. in a family of Filipino heritage. “When we made the hats in class, I didn’t understand. Why am I making a hat?” she said. “Now it’s a shopping holiday. Now it’s about capitalism.”

Fatima Benosmane, here from Algeria instructing students in Arabic as part of the Fulbright Foreign Language Teaching Assistant Program, was looking forward to her first adventure with stuffing and pumpkin pie.

“I’m going to discover it,” she said, her eyes brightening. “It’s exciting.”