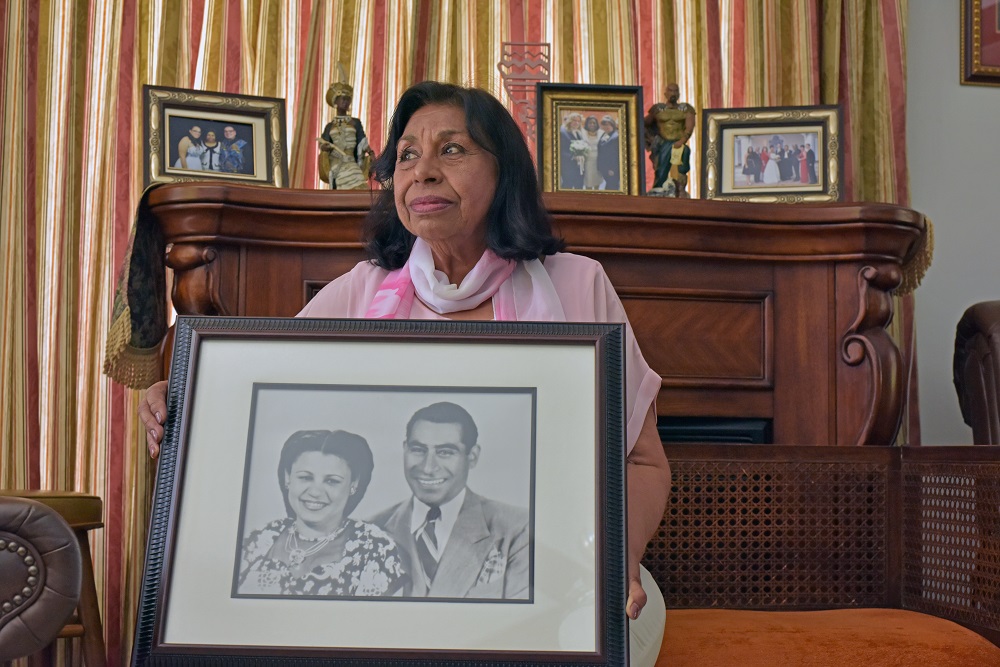 Sylvia Mendez with portrait of her parents, Felicitas and Gonzalo Mendez.
Arts & Film

Little Sylvia Mendez is 81 now, and she knows equality in education remains elusive.

Two Southern California schools are named for her parents, who lent the family name to the class-action suit Mendez v. Westminster that led to the desegregation of California’s public schools.

Gonzalo and Felicitas Mendez Fundamental Intermediate School sits near the corner of Bristol and 17th streets in Santa Ana, and Felicitas and Gonzalo Mendez High School is at 1st Street and Mission Road on the outskirts of downtown Los Angeles.

Diversity is not reality for many

“It makes me so sad what is happening right now. Because what Brown and Mendez did was they fought to integrate all the students so everybody could have quality, equal education and learn about the other cultures, because this is the way we’re going to live our lives and work as we get older,” said Mendez, who was awarded the 2010 Presidential Medal of Freedom by President Barack Obama at a 2011 White House ceremony for her work traveling and speaking about the civil rights case.

“Once I started going around talking about Mendez, I found out that we were more segregated now in schools than we were in 1947,” she said. “What we were doing was we were trying to fight to integrate. And what we did, with Brown and Mendez we were able to get de jure desegregation: By law, you can’t be segregated, because anybody can go to any school. But we have what you call de facto segregation, which is caused by poverty, by district lines, by politics, how the schools are placed in certain areas and in minority areas.

“So we have de facto segregation, where the schools are more segregated now, which is so sad,” she said. “A lot of people are trying to decide how you are going to do this. But how are you going to get rid of poverty?”

Display image at top: Sylvia Mendez, a retired nurse who was at the center of a landmark desegregation case as a child, holding a portrait of her parents, Felicitas and Gonzalo Mendez.