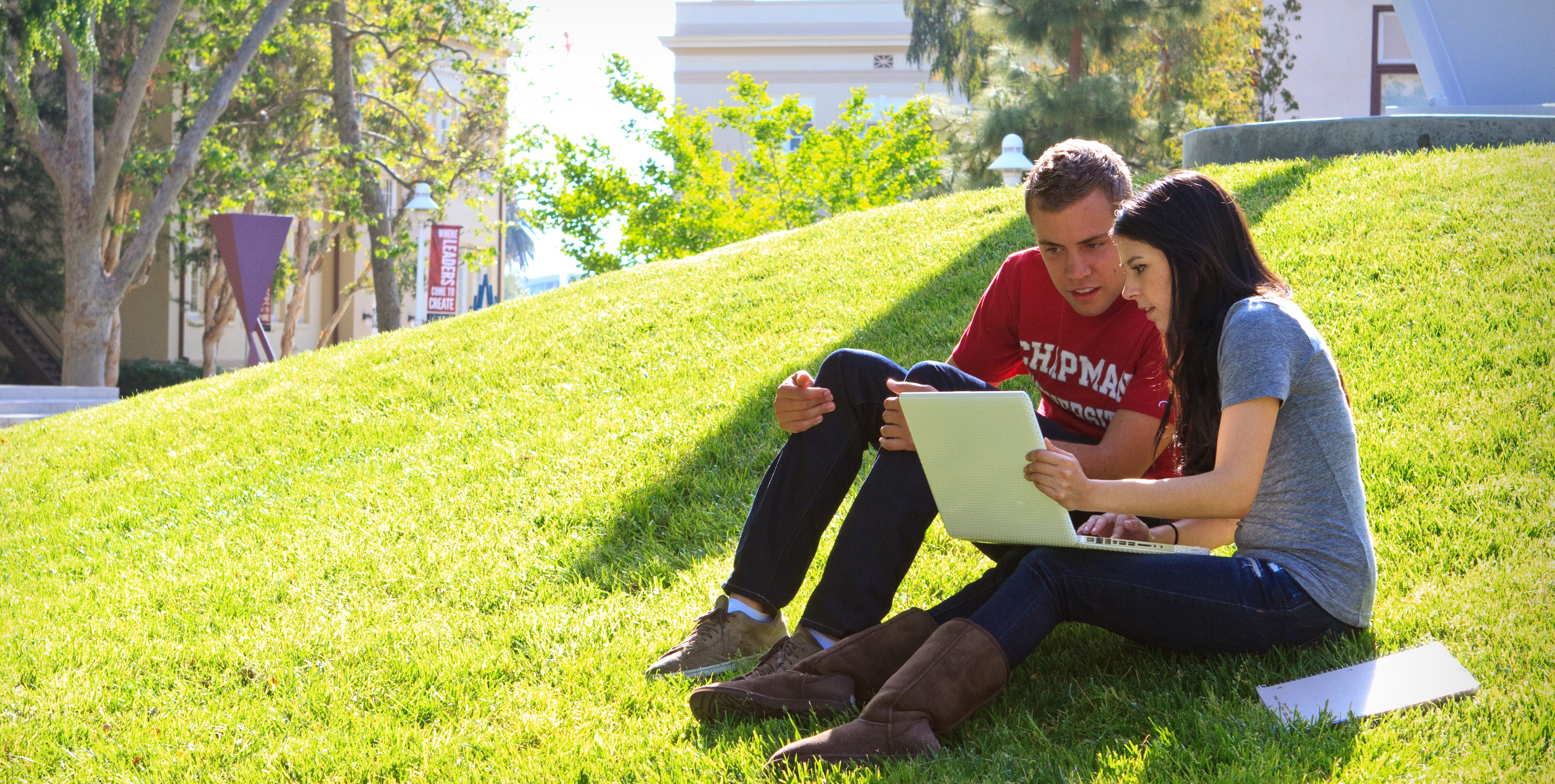 At Chapman, students with undeclared majors are welcomed and offered support in their journey to the just-right field of study.

Ketzia  Abramson ’18 wanted to be an actor and could imagine only one major for herself when she applied to college – theatre performance.

Then came the audition.

“My audition was horrible. I cried. I forgot all my lines,” Abramson says.

The experience rattled her deeply and she ended up taking a gap year. So, when she came to Chapman University in 2014, she took a deep breath and checked off that box some students and parents still fear – undeclared major. Turns out it was an excellent decision. In May, she’ll graduate with a degree in Integrated Educational Studies and a clear path to a career.

“I think I’m a better person for not having to rush and to explore a little,” she says. “If I had it to do over, I would go back and be undeclared again.”

Entering college as an undeclared major may not be for everyone and some colleges and universities don’t even offer the option, says Roberto Coronel, Chapman’s director of Academic Advising. Some majors require carefully planned lower division studies, he says. But Coronel believes that it’s such a great route for many students, he unofficially renamed the option.

“I’m not a fan of the term undeclared or undecided,” he says with a smile. “I call it being exploratory. It’s a positive thing. It’s an opportunity.”

And at Chapman, such students are welcomed and offered support in their journey to the just-right field of study. This fall’s first-year cohort includes 200 students who list themselves as undeclared majors. And there is no stigma, says Nina LeNoir, Ph.D., vice provost of Undergraduate Education, who also teaches a First-Year Foundations course in the Department of Theatre. LeNoir says she’s delighted when she sees undeclared students on her class roster.

“They’re curious. They don’t have a rigid path,” says the theatre professor whose undergraduate degree is in chemistry, a major she says taught her critical thinking and discipline that sustained her through graduate school, work, acting and teaching.

“Whether you have a major or don’t have a major, it’s important to take classes that open your mind and challenge you and help you learn a different way of looking at the world,” she says.

And because most students will change their major at least once, according to the National Center for Education Statistics, undeclared majors are hardly alone in that discovery process.

“I always joke, ‘You’re not getting married. You can change your major anytime,’” Coronel says.

Better than the Hogwarts Sorting Hat

Up to a point, of course. Students must declare a major by the term in which they earn 60 credits. There is no magical Hogwarts-style Sorting Hat to consult, but Chapman does lend a hand in the form of academic counseling, self-assessments, informational events and other programs to help students make the best possible choice for themselves.

Here are a few of those resources.

And don’t forget patience and time. Today Julie Remen ’19 is finishing up a degree in creative producing at Chapman’s Dodge College of Film and Media Arts, but she began as an undeclared major and is one of the panelists who will speak at a dinner for undeclared majors during student Orientation. Remen has seen students rush to choose a major, or cling to an early choice because of parental pressure or a desire to stay with friends. That’s a recipe for “a sophomore crisis,” she says.

That formula worked for Abramson, who says she doesn’t regret the failed audition. She dove into sociology and anthropology classes – which make up her double minors – and found that the Integrated Educational Studies major in the College of Educational Studies was an ideal fit for her.

But not because she wanted to be a classroom teacher. Abramson aims to work in student affairs in higher education. The idea dawned when she attended a diversity conference that featured a panel of student life professionals from throughout Southern California.

“They said you can do this as a profession. Suddenly, I remember walking out of the seminar and crying and thinking this is what I want to do with my life. This is amazing,” she says.

Next, Abramson plans to earn a graduate degree in social work. And she’s convinced she wouldn’t have found that path if she had been dead set against new possibilities.

“Take a deep breath. You’ve got four years,” she says. “Keep the end goal in mind and you’ll get there.”