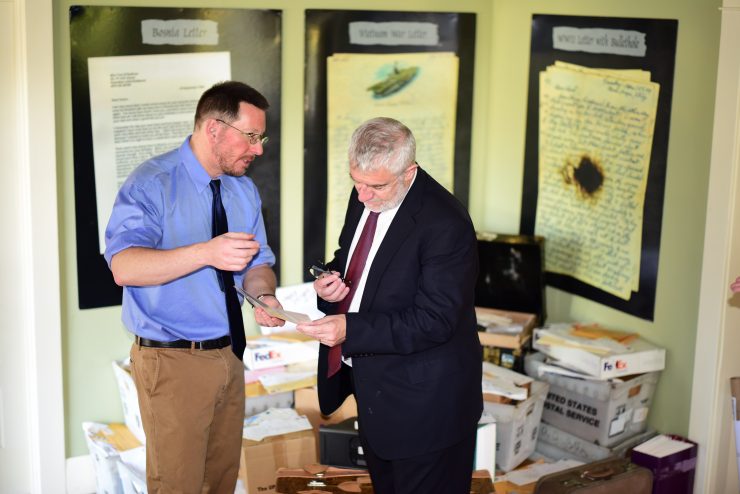 As he launches a new nationwide  initiative to save America’s war letters, Chapman University historian Andrew Carroll is also sharing an astonishing collection of writings by the only six-star general in our nation’s history. 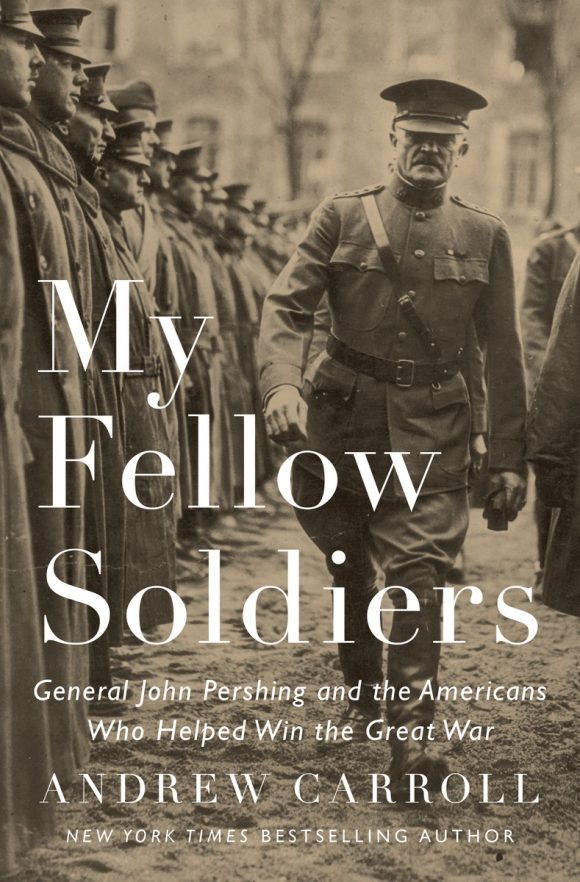 Carroll’s recently released book My Fellow Soldiers tells the story of Gen. John Pershing and the U.S. experience  in World War I via diaries and other writings that are part of an unparalleled collection of war correspondences at Chapman. Carroll’s book frames the challenge faced by Pershing, who led the U.S. Expeditionary Forces, transforming  them from a primitive group into a 1.5-million-member  unit whose contributions proved decisive during the Great War.

Carroll’s own campaign spans the nation, seeking to collect and preserve at least 1 million war-related  correspondences from every conflict in U.S. history, from handwritten missives penned during the American Revolution to emails sent from Iraq and Afghanistan. Carroll is the founding director of Chapman’s Center for American War Letters, and he’s speaking at libraries, schools, historical societies, museums and veterans’ organizations to encourage people to donate their war-related correspondences so they will be preserved forever.

“I believe there has never been a coordinated initiative of this size and scope to save American war-related letters and emails,” Carroll says. “These correspondences help us to honor and remember the troops. No one can tell their stories better than they can.”

In My Fellow Soldiers: General John Pershing and the Americans Who Helped Win the Great War (Penguin Press), Carroll includes  little- known and newly uncovered letters by Pershing and those who served with him. The writings reveal an emotionally vulnerable man whose personal tragedy kept him focused on victory. In August 1915,  Pershing’s beloved wife and three young daughters perished in a house fire; only his 6-year-old  son, Warren, survived.

With My Fellow Soldiers, never before has the war’s profound impact on America been conveyed with such humanity and emotional force.

The Great War was a grand success for PBS. The six-hour  series that aired on American Experience was called “enormously absorbing” by The Wall Street Journal and “detailed and entertaining”  by The New York Times. Prominently  featured were Chapman University historians Andrew Carroll and Jennifer Keene, Ph.D., both of whom offered insights during each of the three nights. In addition, Keene consulted throughout the process, reviewing scripts, vetting rough cuts and suggesting other historians for on-camera interviews.

“The opportunity to translate written scholarship to documentary form so accurately and effectively is a scholar’s dream come true,”  says Keene, a renowned World War I expert and president  of the Society of Military History.

Viewers found the material just as compelling because “it’s not just like a history lesson; it feels like stories that are important for us to know now,” she adds. “At a moment when we’re thinking about terrorism and the balance between freedom and safety concerns, about racial tensions and women’s rights, about America’s role in the world, it’s important to remember that the stories of World War I speak to our times as well.”