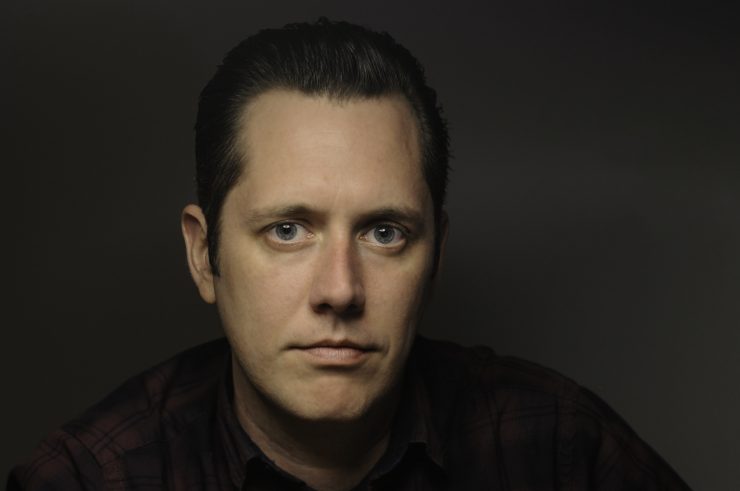 Sam Tenney, BFA film and television ’02, spends his days overlooking the lush, mountainous lands of the greater Portland, Ore., area – while perched atop a tower crane, camera in hand.

Sam is a photographer for Portland’s Daily Journal of Commerce, a newspaper that covers the building industry, including architecture, construction, engineering, real estate and transportation in Oregon and Southwest Washington.

A few years after graduating from Chapman, Sam began a career in photojournalism, which led him to shoot for newspapers first in Northern California and then in central New York. When the newspaper industry rapidly declined in the late-2000s, Sam returned to the West Coast, where he thought he might attend graduate school.

Instead, he took a gamble with another print- industry photography position. Six years later, he’s still enjoying the position with the Daily Journal of Commerce “in the trenches of print journalism” with no regrets.

He says that the Daily Journal succeeds because it’s a niche publication. This niche factor has also influenced his freelance work, inspiring him to focus on the building industry, piquing his appreciation for architectural design and the building process.

Sam credits his Chapman experience for guiding him into discovering his passion for photojournalism.

“I just knew I wanted to do something creative,” he said. “Chapman was instrumental in bringing that into focus.”