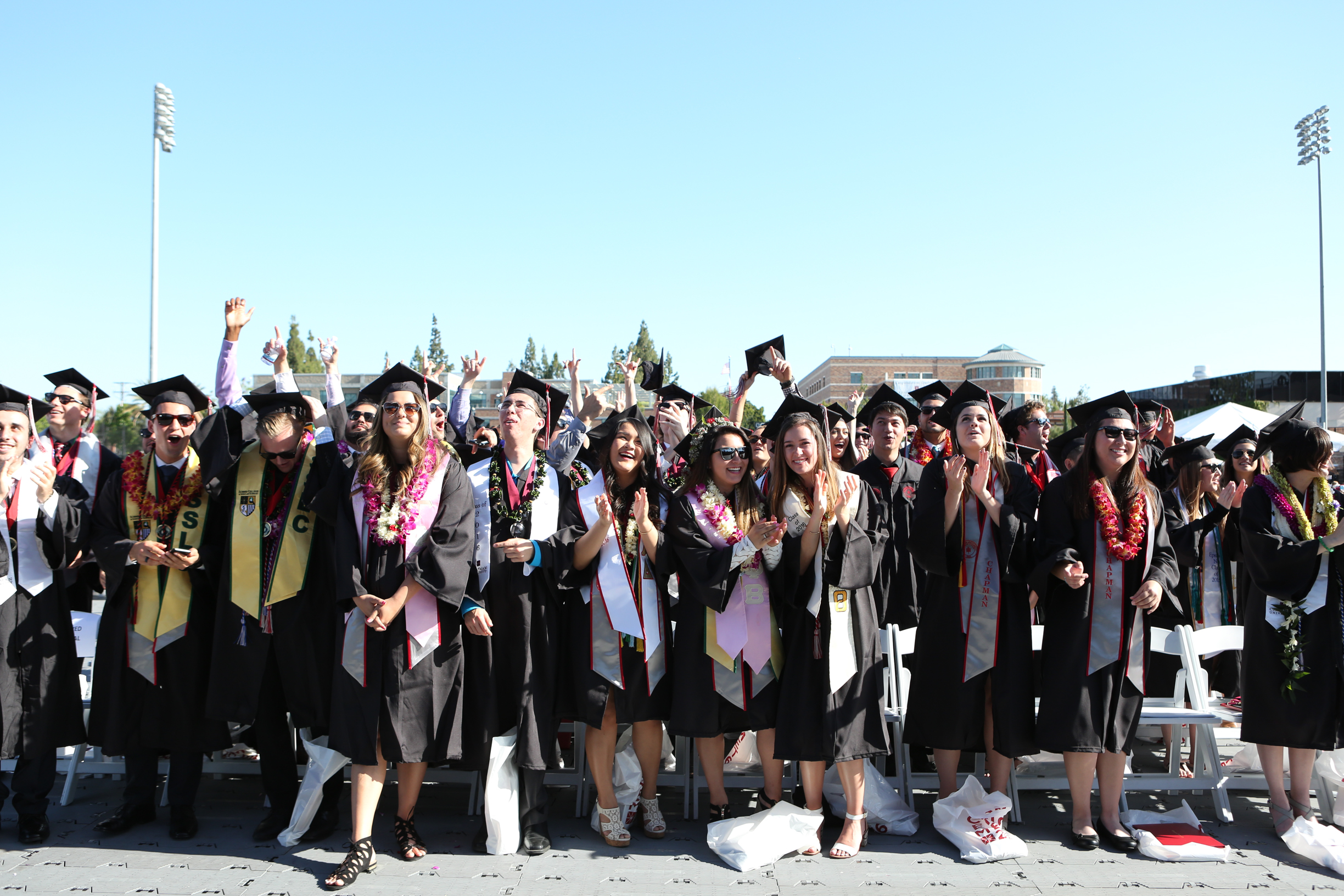 This year, nearly 2,367 students are eligible to participate in Chapman University’s 2017 Commencement festivities. The University will welcome thousands of family and friends over the course of nine graduation ceremonies to be held between Friday, May 19, and Sunday, May 21.

The weekend will kick off on Friday with the Baccalaureate Interfaith Worship Service at 4 p.m. in the Musco Center for the Arts. A beloved tradition, the service will feature Justin Baldoni, acclaimed actor, director and entrepreneur, whose efforts are focused on creating and effecting positive change. He is known for his role as Rafael on the CW award-winning sitcom, Jane the Virgin,  a television series that also stars Chapman Alumna Camille Collard ’10. The service will be followed by the Senior Convocation—the all-university academic ceremony honoring the achievements of the graduating class—then, the President’s Toast to the Class of 2017 seniors.

The Dale E. Fowler School of Law Hooding and Commencement Ceremony will occur that same day. Ceremonies for eight more Chapman schools and colleges will take place on Saturday and Sunday. Seven of the Ceremonies will be on Wilson Field and one—the College of Performing Arts—will be inside of Musco Center for the Arts.

Although, this will be Chapman’s 156th annual Commencement, it marks a lot of “firsts” for the University. This year’s Commencement will be President Daniele Struppa’s first as Chapman president. He was inaugurated as Chapman’s thirteenth president in Sept. 2016.

Outside of the nine Commencement Ceremonies, in August, 11 students will receive their Masters of Science degrees in pharmaceutical sciences from Chapman University School of Pharmacy (CUSP). The graduation ceremony will be combined with the traditional White Coat Ceremony for the upcoming Class of 2020 in the Doctor of Pharmacy (Pharm.D.) program. The School of Pharmacy was founded at the Harry and Diane Rinker Health Science Campus in Irvine in 2013 and this will be the second cohort of M.S. students graduating.