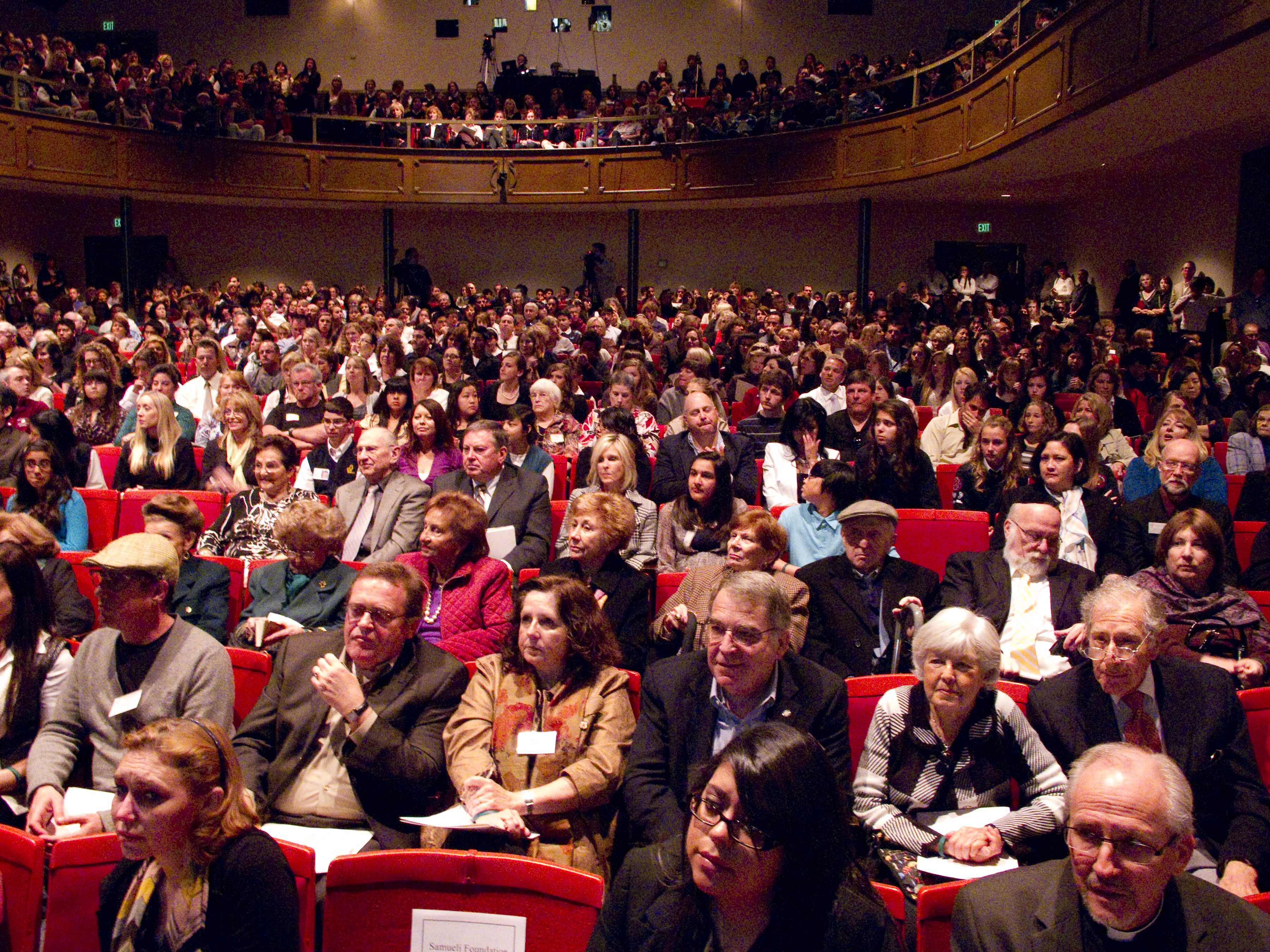 Chapman University’s annual Holocaust Art and Writing Contest reaches new heights this year with a record-breaking 250 middle and high schools registered to participate.  Now in its 18
th
year, the contest involves some 7,000 students representing 30 states and eight countries.  Each school sends forward to the final round of judging three entries on the theme
I Have a Story to Tell.
The awards ceremony honoring entries in prose, poetry, art and film, will be held in Chapman’s Memorial Hall on Friday, March 10, at 11 a.m. with 1,000 students and teachers and 25-30 Holocaust survivors from Orange and Los Angeles Counties expected to attend.

“This year, at a time when our nation is divided on many issues and when antisemitism is on the rise, the contest takes on even greater importance and meaning,” said
Marilyn Harran
, Ph.D., director of Chapman University’s
Rodgers Center for Holocaust Education
, which presents the contest.  “Students in the contest come from many backgrounds and represent great diversity and yet they have all chosen to engage with the story of a Holocaust survivor and learn from it in ways that affirm our shared humanity.  Over the last 17 years, the contest has grown in scope – except in one area:  the number of Holocaust survivors in attendance decreases, making the passing on of stories and memories even more vital,” added Harran.

Schools in Germany, Romania, Mexico, South Africa, Israel, Poland, Malaysia and the Philippines registered for this year’ contest.  Entries were judged by a “blind” panel of judges including Holocaust survivors, local businesspeople, professionals, organization leaders, and Chapman faculty and students.  This year’s guest speaker will be Esther Safran Foer—a daughter of Holocaust survivors who is now senior advisor at Washington, D.C.’s famous
Sixth and I
Historic Synagogue.

Following the ceremony, there will be a reception where students, teachers, and Holocaust witnesses connect. To see last year’s contest in a 3-minute video, visit:
https://www.youtube.com/watch?v=sFm0za5FOrk&feature=youtu.be


Chapman University’s 18
th
Annual Holocaust Art and Writing Contest is sponsored by: The 1939 Society, the Samueli Foundation, Yossie and Dana Hollander, Leon and Deborah Drucker with support from the USC Shoah Foundation – The Institute for Visual History and Education, and in partnership with the Anti-Defamation League, the Catholic Schools of the Diocese of Orange, Chapman University’s College of Educational Studies and Wilkinson College of Arts, Humanities and Social Sciences, Echoes and Reflections Facing History and Ourselves National Foundation, Inc., and the Orange County Department of Education.