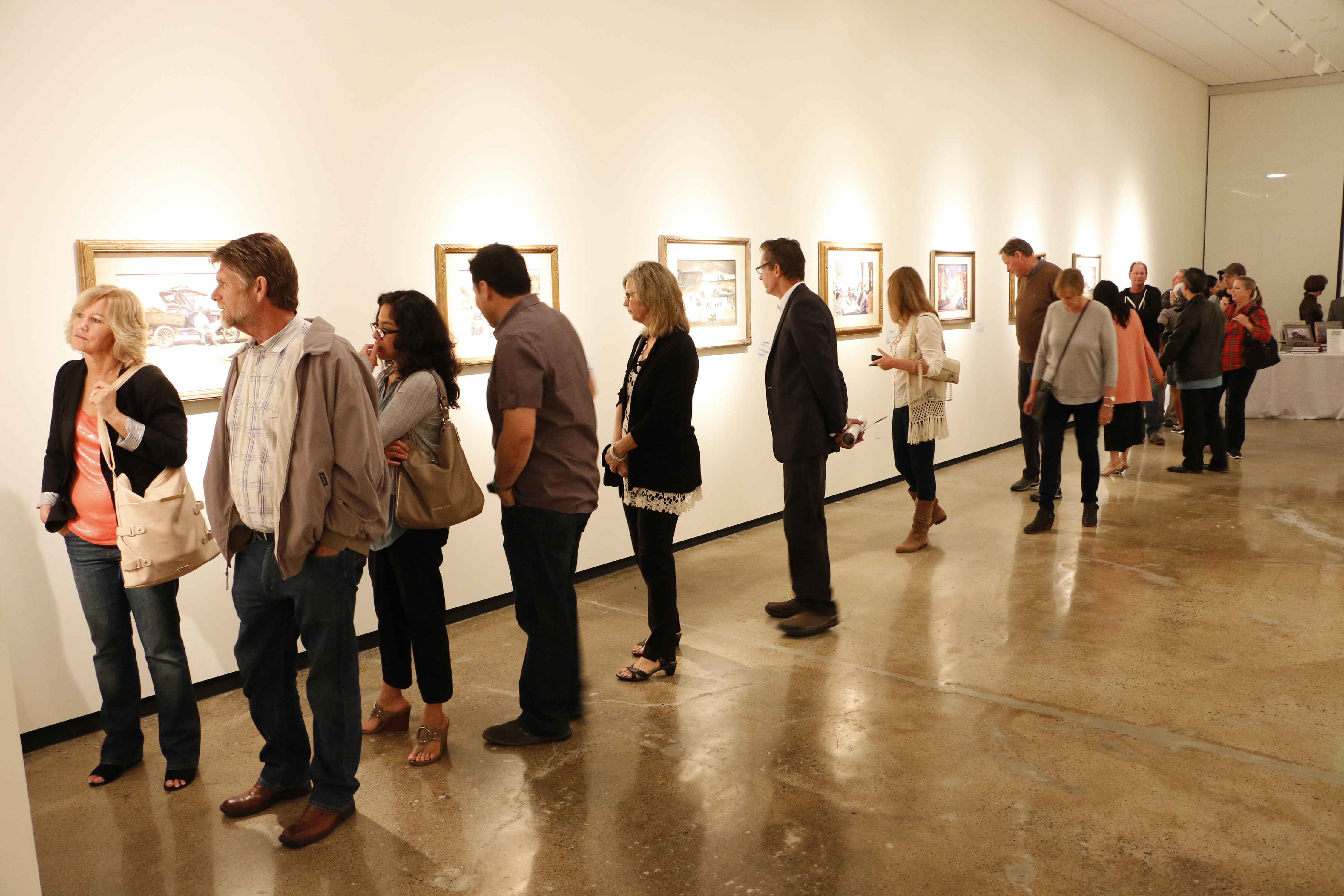 A newly acquired painting by one of the best-known California Scene artists, Milford Zornes (1908-2008), will soon grace the collection of Chapman University’s Hilbert Museum of California Art.  Museum founder and benefactor Mark Hilbert recently purchased Zornes’ “The Canyon” from another collector, and the painting will soon go on public display in the museum.  The Hilbert Museum is devoted to exhibiting representational and narrative art by noted California artists of the 20
th
century.

“The Canyon,” a watercolor on paper painted by Zornes in 1935, depicts the grandeur and bustle of New York City’s Wall Street. Zornes was working as one of the “New Deal’s” WPA artists and had gained recognition in the East with a 1933 exhibition of his watercolors at the Corcoran Gallery in Washington, D.C.  From that exhibition President and Mrs. Franklin D. Roosevelt selected one of his watercolors to hang in the White House – and Zornes and his art began receiving national attention in newspapers and magazines.

Zornes married in 1935, and as part of their honeymoon trip, he and his bride traveled to New York City. There, Zornes set up his easel on busy Wall Street to capture the soaring grandeur of the tall buildings, framing a view of Gothic-revival Trinity Church in the background.

As Zornes told the story years later, a police officer approached him and told him he would need a permit to sit on the sidewalk and paint. Zornes appealed to the officer’s good nature, asking him to watch his paints and easel while he went to obtain the permit a few blocks away at a city office. Unfortunately, it took longer than he expected, and the artist returned to find the policeman still there, but in a foul mood. Zornes recounted that he received a good chewing-out from the peeved officer.

Still, he was able to complete about ¾ of the painting on-site, and put the finishing touches on it when he returned to his studio in California.  The painting was later exhibited at Zornes’ one-man show at the Laguna Beach Museum of Art in 1935, at a one-man show at Scripps College Gallery, Claremont in 1936, and at another one-man show at the Gallery of Modern Masters in Washington, D.C. in 1937.

Zornes would go on to become president of the California Watercolor Society (1941-42) and a major proponent of the California Scene style of painting, which shows the influences of humans on the Golden State: cities, ranches, houses, railroads, freeways, automobiles, etc.  He taught art at Pomona College and led painting workshops around the world. His works can be found in the collections of the Metropolitan Museum of Art, the Los Angeles County Museum of Art, the White House and the Library of Congress, among others.


The Hilbert Museum of California Art is located at 167 N. Atchison Street in Orange, across from the Orange train station and Ruby’s Diner.  It is open Tuesdays-Saturdays 11 a.m. to 5 p.m. (closed Sundays and Mondays).  Admission is free, and there is free parking in front of the museum. More information:
www.HilbertMuseum.com
or
714-516-5880.